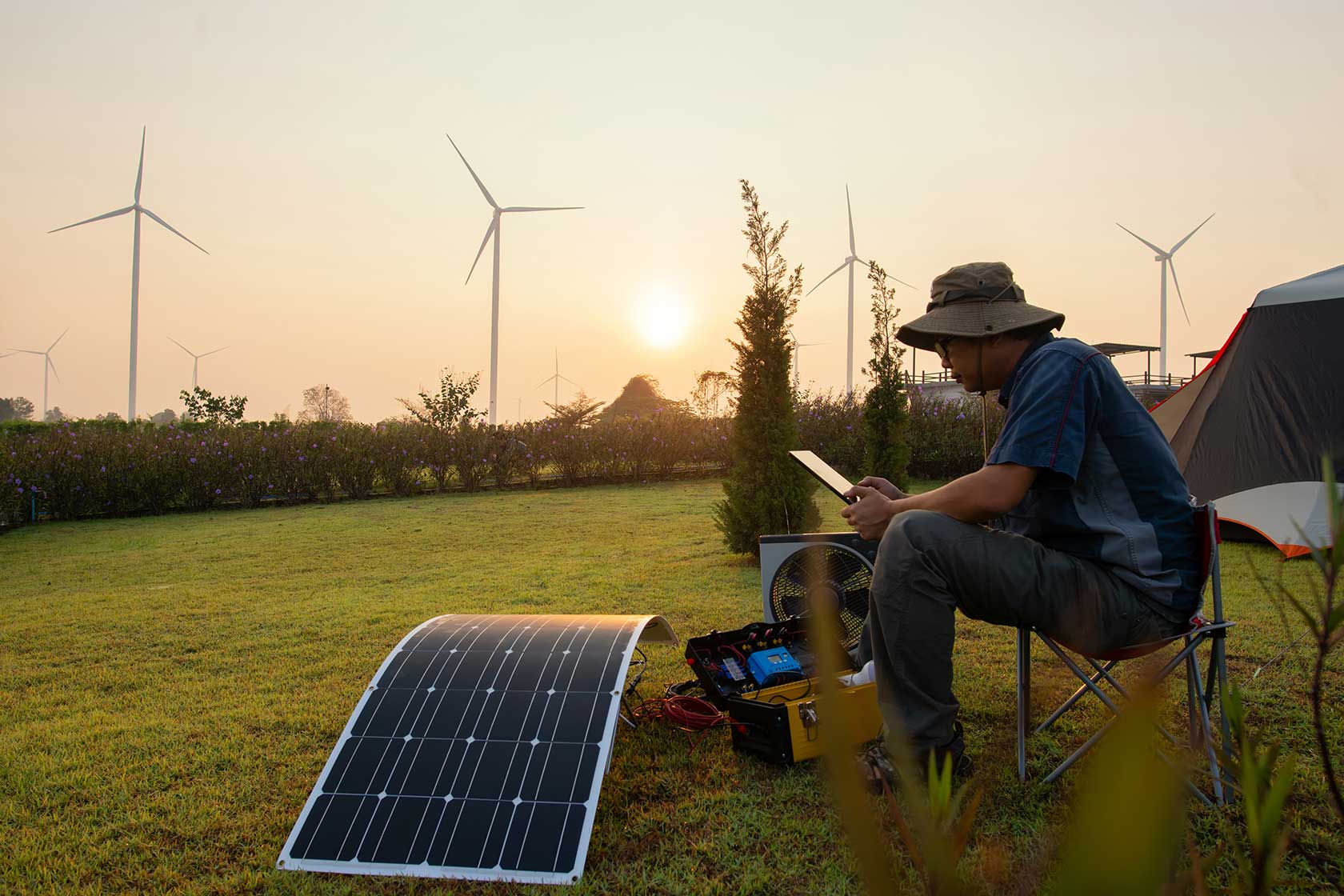 A solar powered generator is any system that works on solar energy. However, most people think of it as a portable power station that generates energy using solar panels rather than fossil fuels. This equipment absorbs the sun’s energy with solar panels and then stores it in a battery for later use. Solar-powered generators are commonly used for recreational vehicle (RV) camping, boating, and as a backup supply in the event of a power disruption from the main system.

This kind of generator consists of three major parts: the generator itself, the solar panels, and a battery charger. The panels are responsible for capturing the sun’s energy, converting it into direct current, and distributing it to the battery for storage purposes.

If you’re thinking of purchasing one but still have some qualms about it, here are the top practical uses of a solar powered generator:

The most obvious use for a solar powered generator is that it provides a sustainable option. It’s not harmful to the environment, given that it’s powered by the sun and doesn’t require nonrenewable energy sources such as gas or coal to function. Furthermore, because the sun’s rays don’t come with a price tag, the energy they produce is technically free. Although the initial cost of the generator is sometimes high, it can lead to significant savings over time.

Generators are usually associated with disaster preparedness, and one of their most frequent uses is for emergency purposes. During a natural disaster such as a storm or flood that knocks out power for days on end, solar powered generators may be anything from handy to life-saving.

Every year, people are killed by either extreme heat or cold, and a solar powered generator’s capacity to power something as simple as a space heater during a blizzard might make the difference between life and death. Such generators may also be better than regular ones in emergencies since the latter have a certain life span.

Purchasing a solar powered generator doesn’t imply that you must give up the electricity you’re using from the main power grid. You can keep the generator as a backup power source for your home. In the event of a power outage, you may use it to power emergency appliances. Because most Americans only experience power outages for a few hours per year on average, many consumers choose a portable solar generator to keep the fridge working, and other basic appliances powered until the energy is restored.

However, businesses are more at stake than ordinary households when it comes to power outages. A few hours of downtime might result in millions of dollars in missed orders and lost clients. A solar powered generator is the best solution for companies to maintain a nearly continuous power supply. It’s also cost-efficient since it receives energy from the sun, unlike other generators that’d require you to purchase fuel. 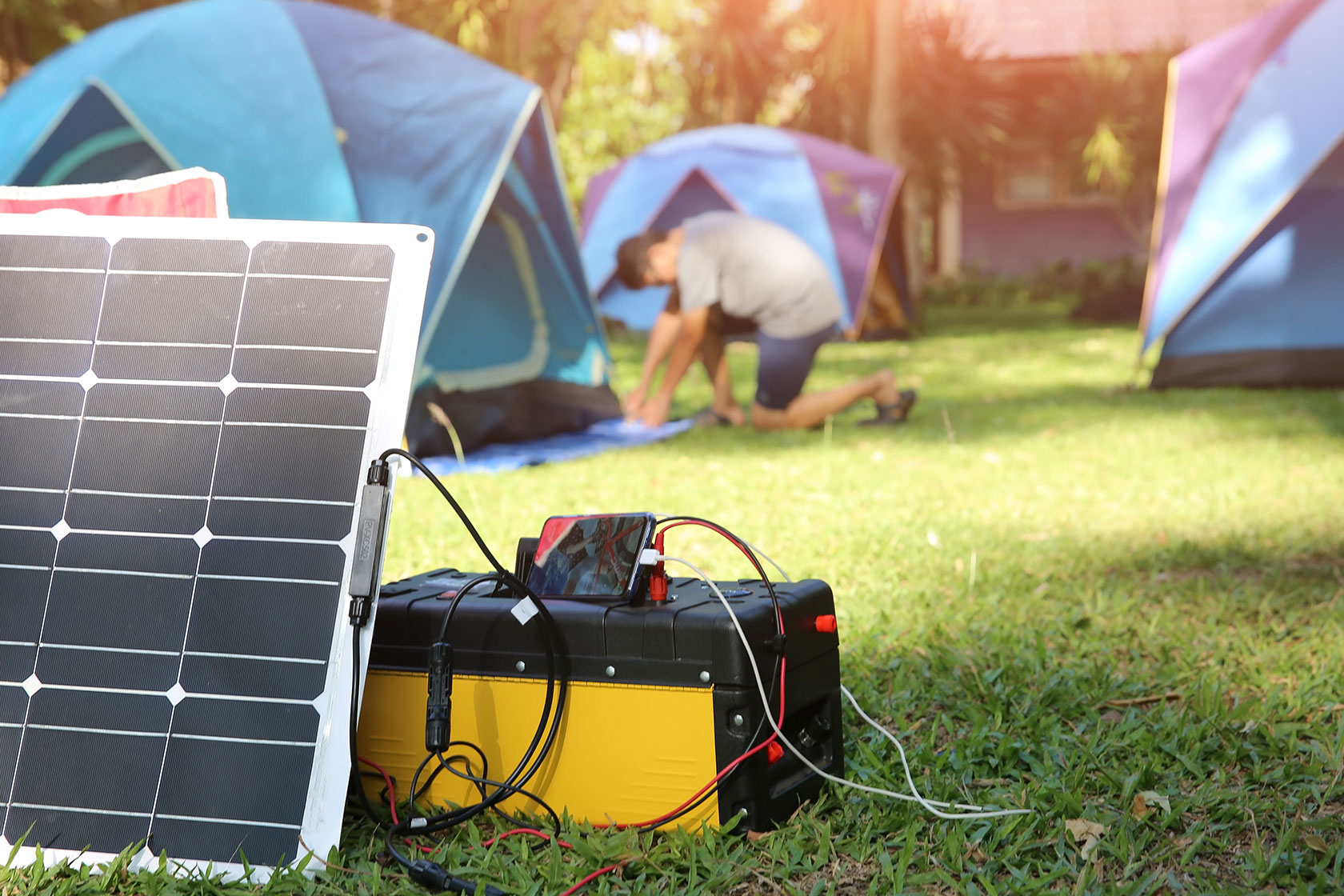 Having a solar powered generator may make camping much more convenient, whether you want to camp in a tent, a trailer, or an RV. This may power your trailer’s lights, charge your electronics, or even power any electric culinary appliances.

A solar generator might be quite useful if you intend to live off the grid or stay in a remote area for a prolonged period. This is especially true if you’re carrying electronics that have to be charged from time to time, such as your phone, laptop, and camera. Having a generator allows you to be entirely self-sufficient without relying on local electricity or services.

Concerts and outdoor events typically require a generator as many of these events are held in locations where electricity isn’t readily available. Therefore, solar powered generators would be advantageous for such activities, whether operating a booth or powering the sound system for performances.

If the event continues in the evening, the generator will still provide power using the energy accumulated in the morning.

These are just a few of the many uses of solar powered generators, which are utilized on a daily basis all over the world. Solar technology is continually evolving, and you may expect even more improvements with it in the future. Solar is the way to go if you’re serious about sustainability or living off the grid, or want a reliable power supply when hosting events.