Humans have a natural affinity for nature, especially plants and greenery. Plants and greenery are not only a pretty sight, but they also have a calming effect on the mind, which is why a stroll in the park and spending a few minutes with nature every day keeps the mind and body fresh. In addition, a study reveals that plants positively affect a person’s psyche. This is one reason why every home, office, or restaurant prefers to keep some plants around.

The very moment you enter a garden, its refreshing atmosphere welcomes you by infusing fresh air into your lungs. Whether your garden is small or big, it doesn’t make a difference. A more extensive garden is something that many wish for, but it is not always possible that you have enough space available for it. It is much easier to dedicate a space to a smaller garden. A small garden can have everything that a large garden has, but if there is too much in a small space, it will present a cluttered look, certainly not something soothing to the senses.

A small garden can appear larger by the strategic placement of certain objects in the garden. So let us show how you how to do that. 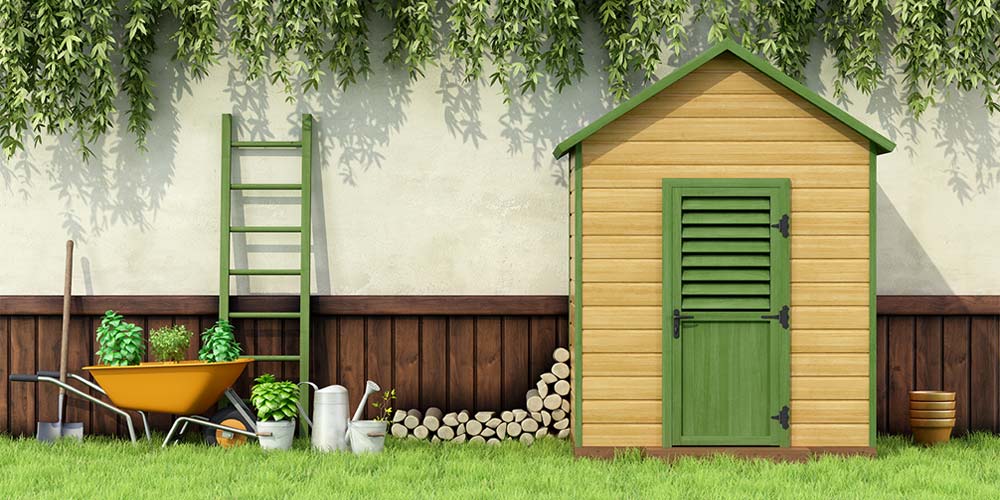 If a lot is going in the garden or if it seems like plant pots, plant containers, and furniture are all over the place, it is better to declutter the garden to make it appear larger. For example, plant pots and containers should be placed at the periphery in a single line rather than doubling the line of plants, or they must be placed all together in a specific area.

They could also be hanged vertically on the wall. This presents a neat and spacious look to the garden. Also, it is best to do away with heavy garden furniture and replace it with minimal pieces. 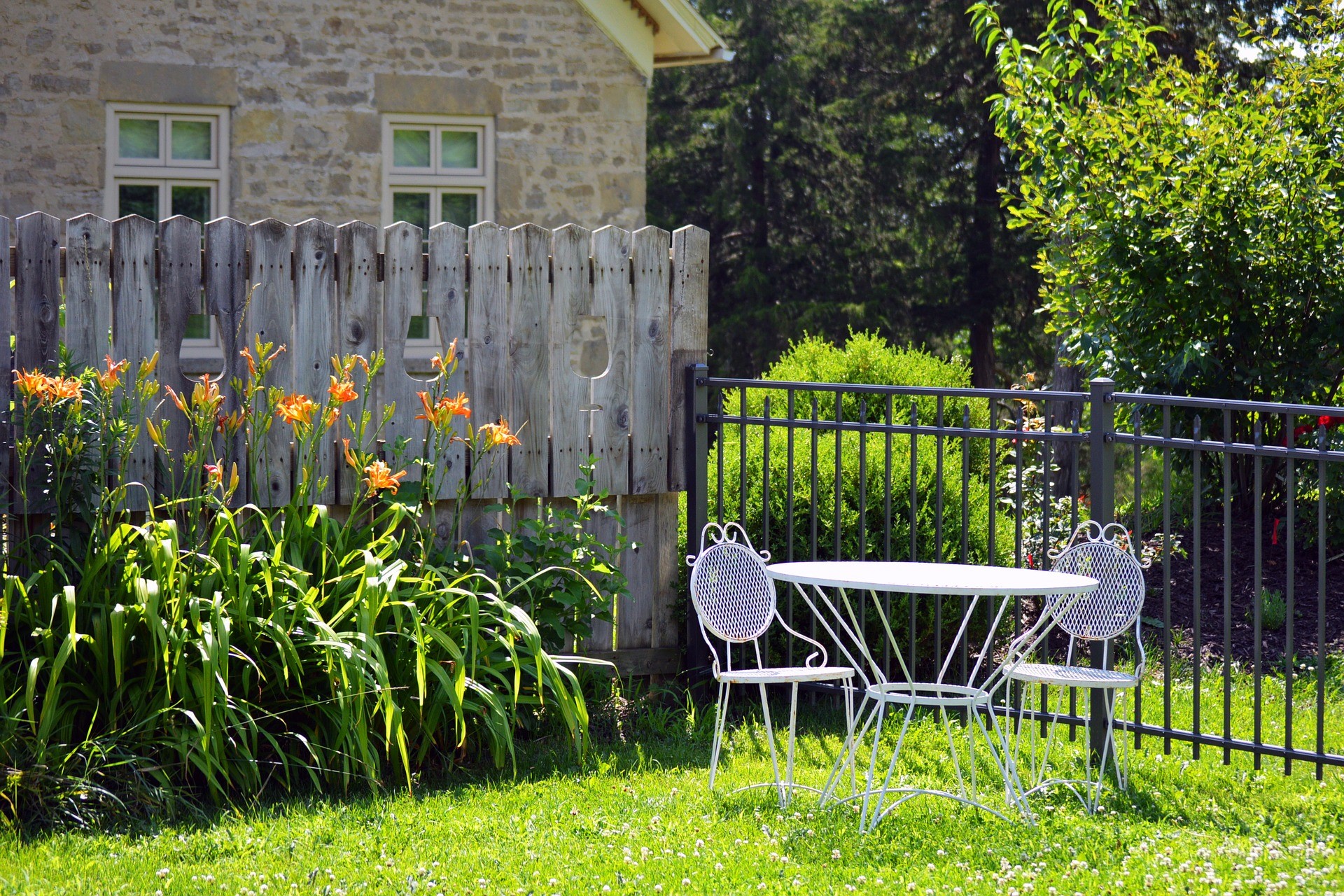 If a small garden has steps that lead down to another part of the garden, it will automatically make it appear larger than it is. For example, elevating one portion of the garden and using 3-4 steps to get down to a sitting alcove with garden chairs will create the illusion of a bigger space. A tiered garden with different plants on every level is another way of making the garden appear spacious. 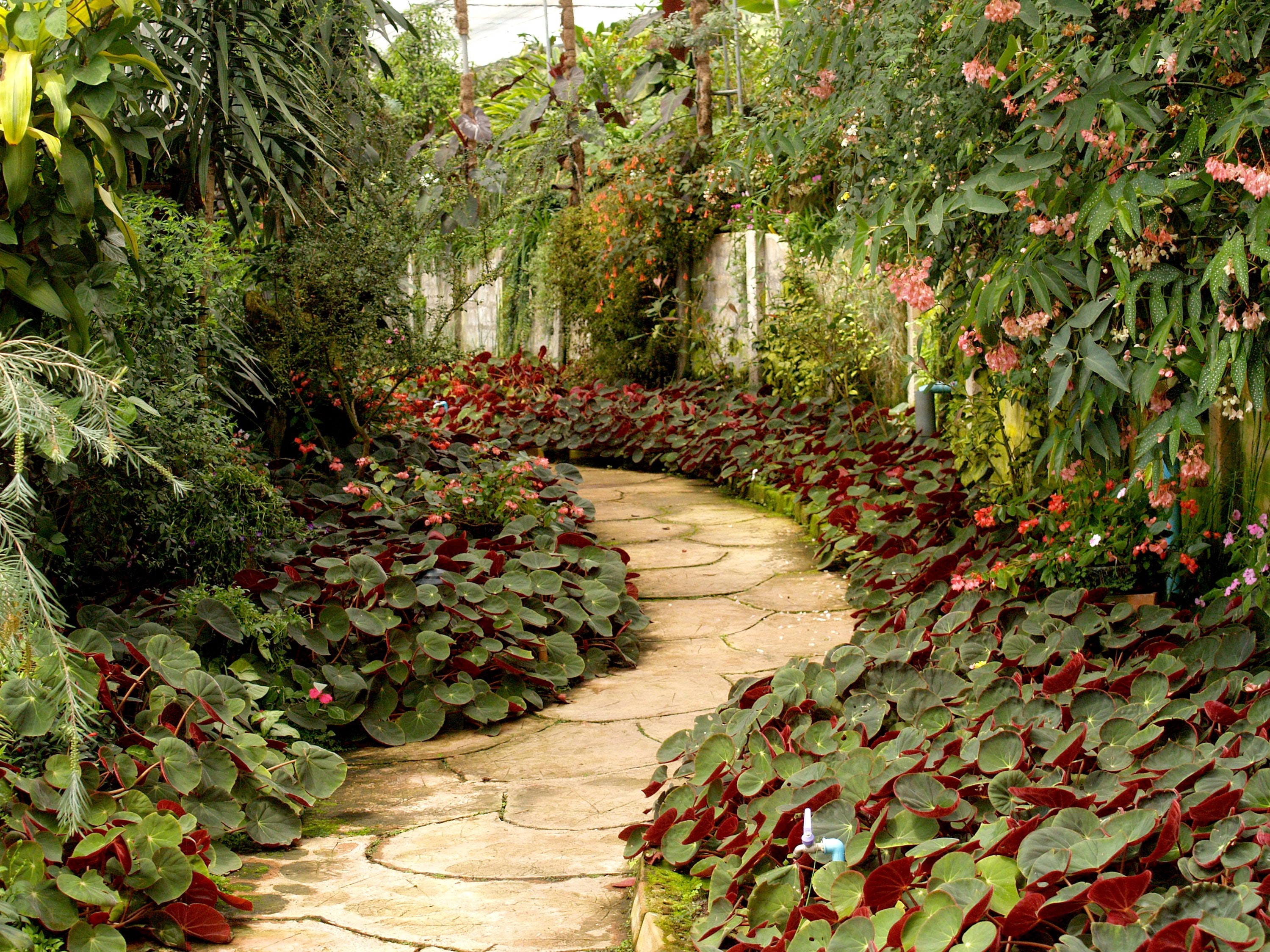 The trees and shrubs in the garden should be regularly trimmed and pruned. Unkempt shrubs and trees present a rugged, wild yet beautiful look, but they can make space look crowded. Tall trees like weeping willows can be pruned from the bottom to create space for other garden objects. We checked out https://greaterbrisbanegardens.com.au and found that some common shrubs and trees are planted in a garden for privacy, and they should be planted at the garden periphery rather than in front of the house. 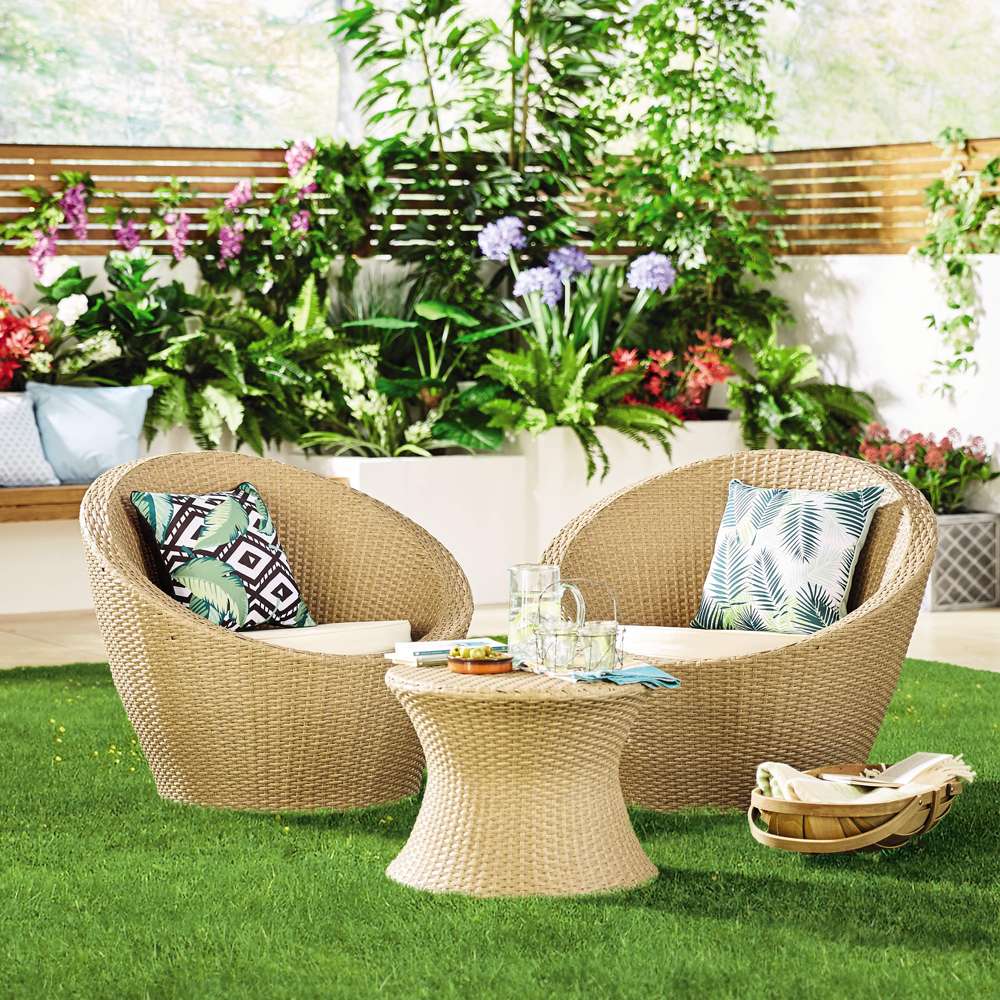 The garden furniture in a small garden should be of minimalistic design. For example, if there are garden chairs, they should not be bulky to avoid taking too much space. Instead, it’s best to get lightweight, foldable chairs that can be moved around. Another way to make the garden appear larger is by getting furniture that blends with the garden walls.

An ideal color choice for garden furniture is the neutral palette as such colors blend in with the surroundings, thus creating an illusion of space. 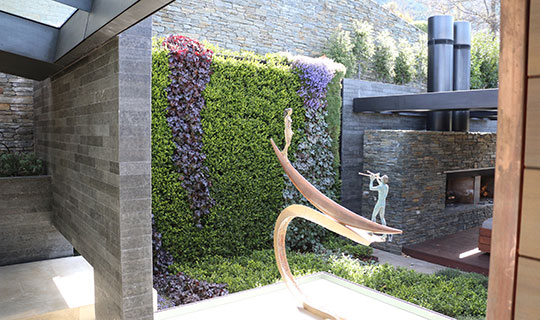 Walls can also be utilized to improve the look of the garden. For example, if vines like ivy are planted so that they crawl over the walls, it can uplift the area of the actual garden —mainly because the green foliage on the adjoining wall becomes a part of the garden. In addition to vines, containers can also be mounted on walls that can have various ornamental plants. Not only is this aesthetically appealing, but it also makes a small garden appear large. 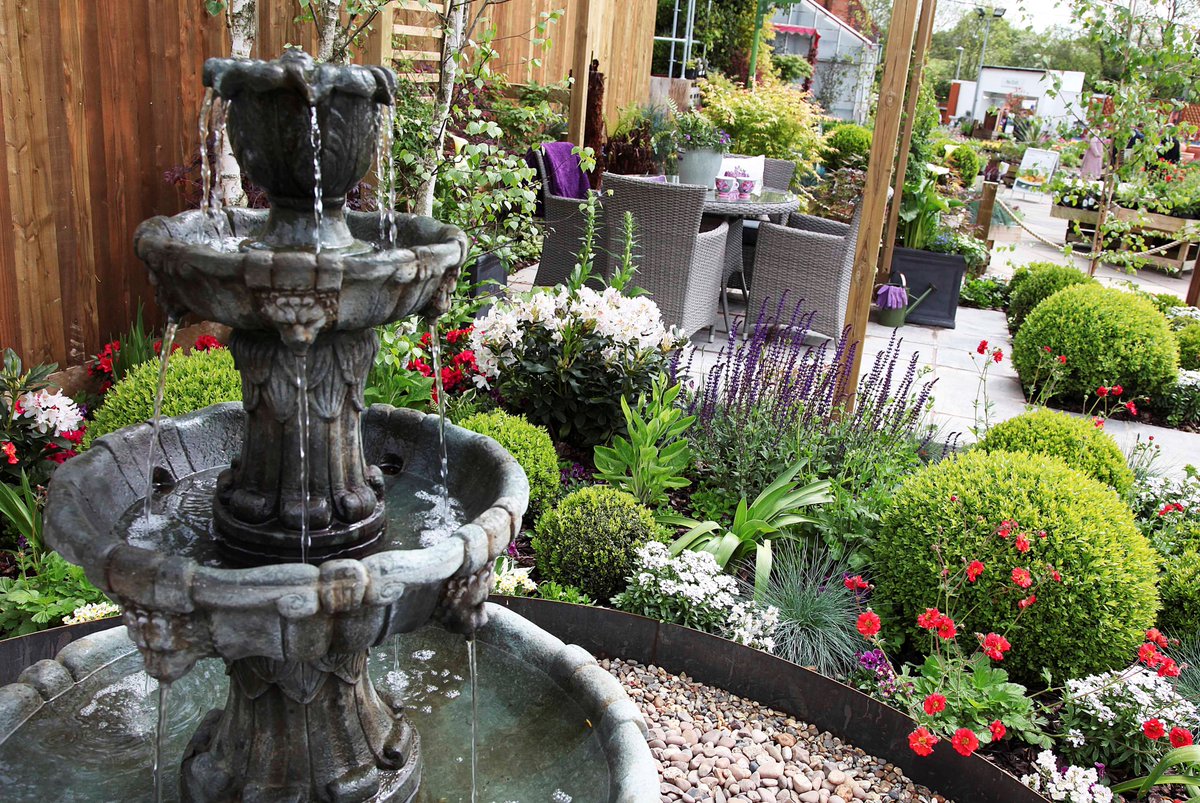 Movement effect in a small garden can be achieved by installing a small fountain that can either be made a part of garden furniture or it could be a combination of a potted plant and a fountain. Also, a small waterfall in the garden can be used to add the movement effect. This effect acts as a distraction from the limited confines of a small garden. 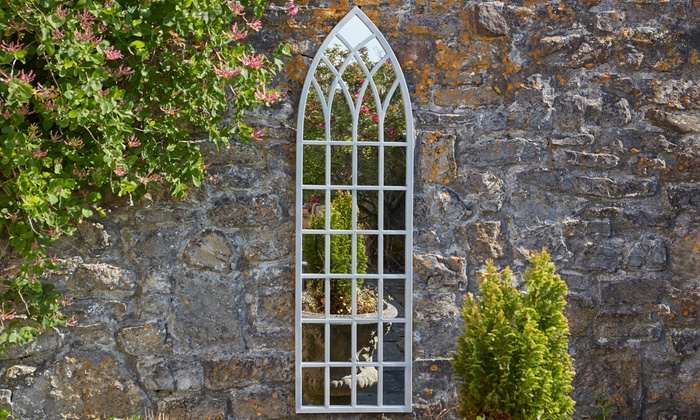 If efficiently placed in a garden, Mirrors are one of the best ways to maintain the illusion of space. Wall-mounted mirrors are a popular feature in small gardens. Mirrors can also be placed in the center of a garden as an ornamental feature, with potted plants circling to make the garden appear more substantial. 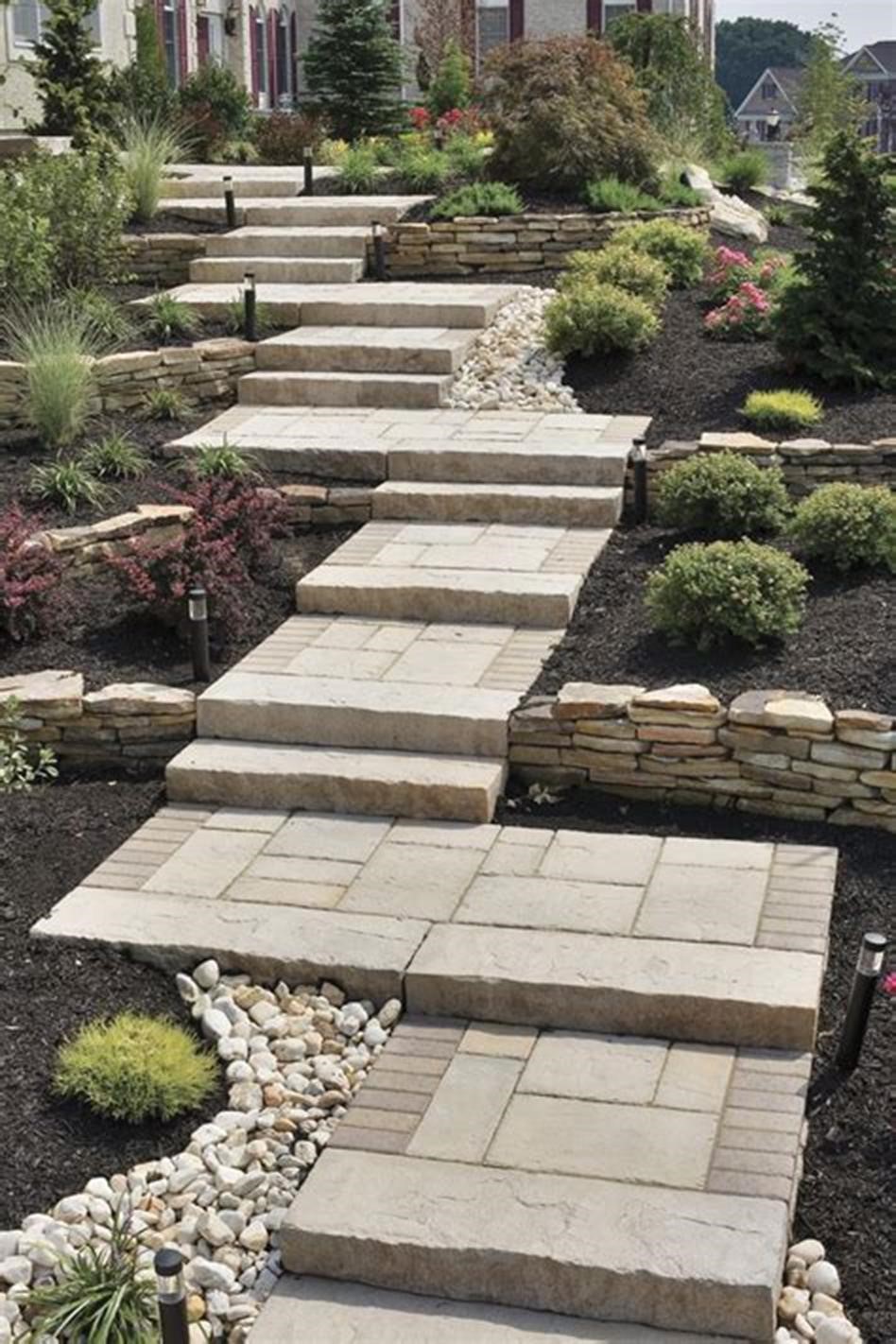 Making a stone pathway in the middle of the garden or breaking up the garden into different regions by trellises also gives the illusion of a magnified space. However, the trees and shrubs should conceal the boundary fence, etc., as the hidden fence will make the garden appear larger. Paths and trellises elevate the look of your garden without taking up space. Why are why many people utilize trellis to make a small garden appear larger?

Garden design is of the utmost importance when you have limited space. Therefore, it must be planned not to end up making a haphazard arrangement of plants and trees.

Decorate Your Yard For Festival Season