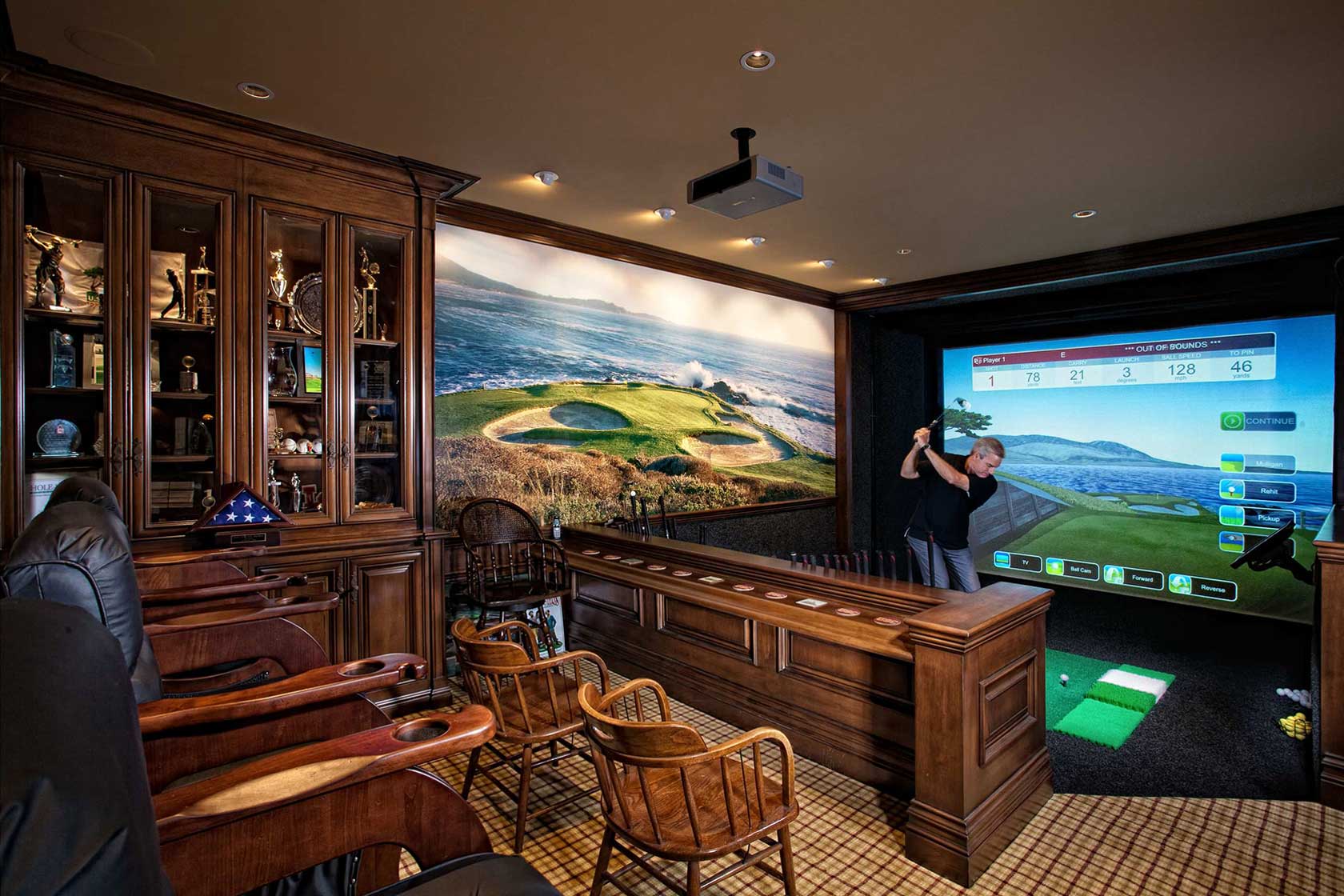 A good number of men enjoy a good cigar. The problem is that finding a place to enjoy a good cigar can be a challenge. Cigarettes are banned in many places, to be sure. However, cigars are permitted in far, far fewer locations. Indeed, in many families, cigarettes may be tolerated inside the house, at least to some degree, but not cigars.

If you have been stewing over creating a man cave for yourself, and you do enjoy a good cigar, you might want to consider designing a man cave that functions quite like a cigar bar. Should you elect to move forward with this type of man cave, you need to bear some facts and factors in mind.

Respecting the Rights of Others in the House

Before you get too far down the road in designing a cigar bar man cave, you need to make sure that the design considers other residents of the house. The odds are strong that even if you like cigars and are not fazed by even stale cigar smoke, others in your residence won’t be on the same page.

The design of your cigar bar man cave needs to consider an appropriate barrier between it and the rest of the residence. An easy solution is to have a man cave located in an outbuilding like a shed, carriage house, or detached garage. However, this is not always an option for a guy who desires to enjoy a stogie at home.

A strategy that is being used by a growing number of males who want to be able to smoke in their man caves is to install an airtight class door at the entryway to space. This probably is the surest way of limiting the amount of cigar smoke to pass into other parts of the residence. In fact, the only time smoke might flow beyond the man cave is when the door is opened. With that noted, some steps can be taken regarding the design of the space that will lower the amount of this type of emission from the man cave.

As mentioned previously, there are more extreme location ideas that can lessen the impact of a man cave cigar bar on the overall life. Understanding these options, a typical male with a man cave and cigars in mind is likely to have more limited options. In other words, the man cave is likely to be a part of the house’s main area, most likely the basement.

If the basement happens to extend under the residence garage, placing the man cave at that point is probably a solid choice. With other strategies, the man cave location in this area is another step that works to lessen the possibility that cigar smoke will interfere with another resident of the home.

In designing a man cave, ventilation is fundamental. This can become a bit more complicated if the man cave is in the basement. Nevertheless, depending on the design of the house, effective ventilation can be managed from the basement.

Oftentimes, a key element of effective ventilation is the ability to open the windows. There very likely will be seasonal limitations in this regard.

In addition to windows, you need to consider a proper ventilation system that will pipe out cigar smoke-laden air and replace it with fresh air from the outside. This will increase the overall cost of your man cave. However, it will lessen the risk of others in the house being impacted by cigar smoke. Moreover, it also makes the cigar bar man cave a bit healthier for you and your guests.

There are a variety of air cleaners on the market today, some of which are portable devices. These devices can prove to be fairly helpful when it comes to a man cave smoke bar.

Once all of the “operational” features of a cigar bar man cave are in place and dealt with, the next step is selecting the specific décor scheme. When it comes to a man cave with cigar bar functionality, the proverbial sky really becomes the limit for how it is decorated. This can run the gambit from something akin to an old English library to a neighborhood sports bar.

Glassware For Your Home

How To Decorate Your Bar Like An Irish Pub