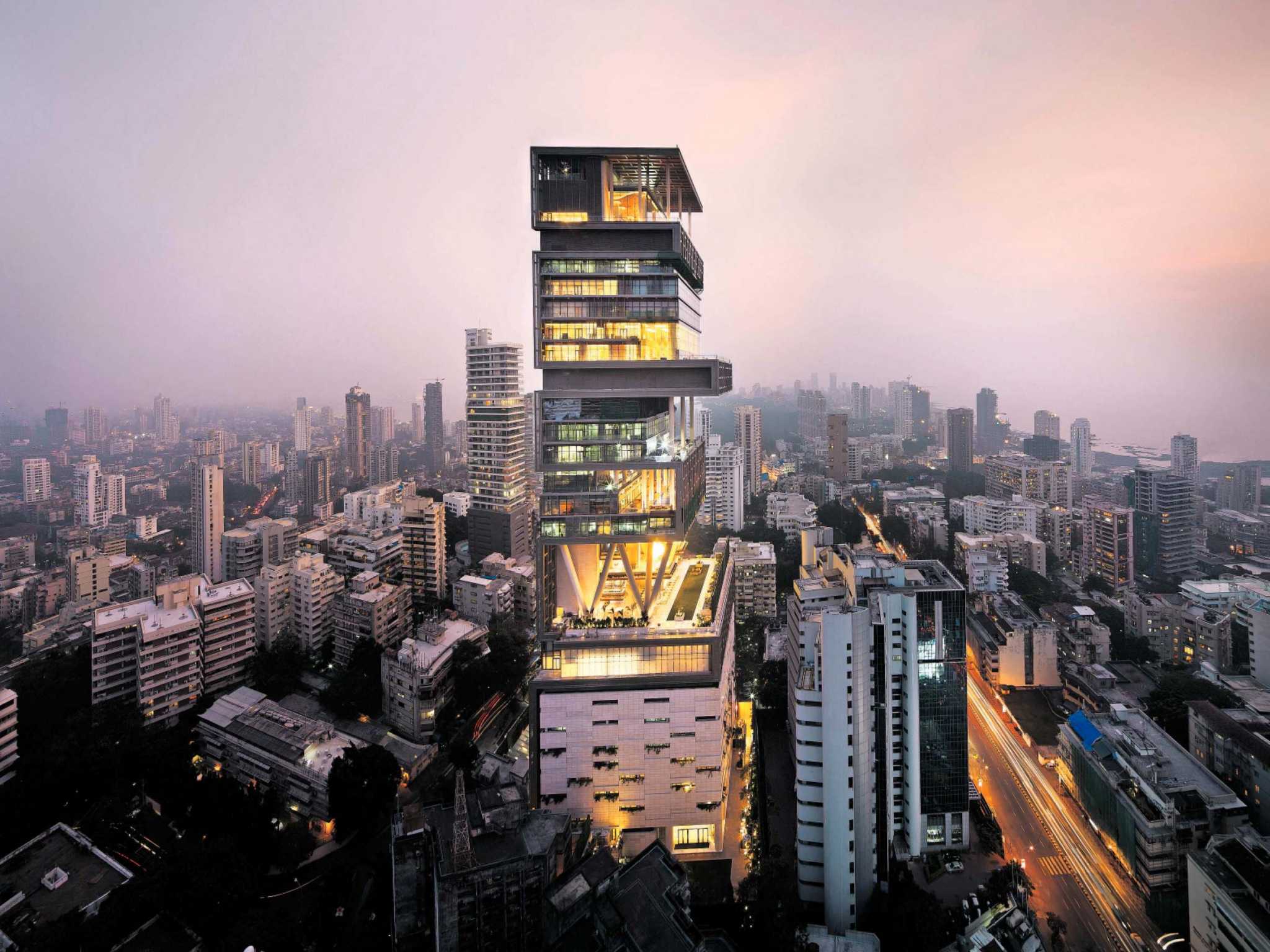 Antilia is a lavish residential complex situated at the south end of Mumbai City, India. Owned as a private house by the richest man in Asia- Mukesh Ambani, he is the leading business tycoon who is the chairman of Reliance Industries Ltd. 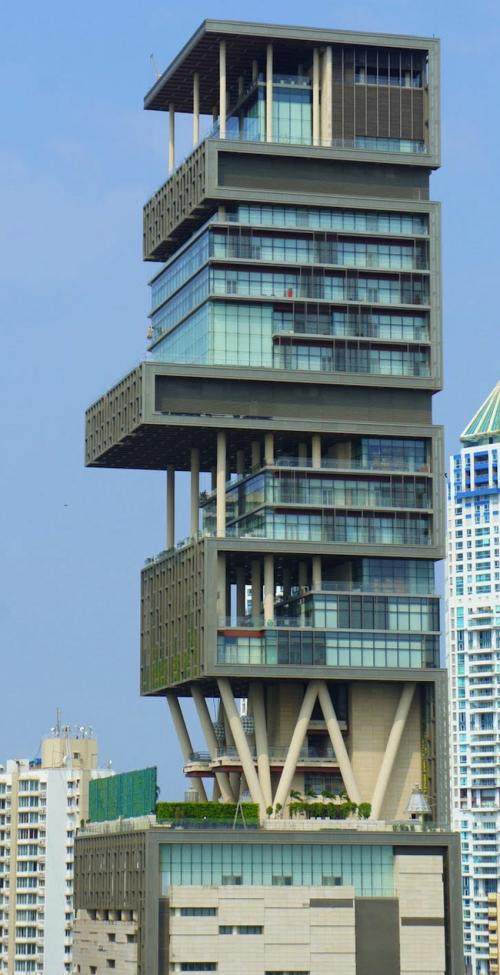 Talking about the building, Ambani’s dream house is a 27 storey building comprising of extra high ceilings and a zig-zag drawing that accentuates vertically. The cuts are made horizontally and are more blunt than sharp. It was designed by two Chicago based architects named Perkins and Will. They worked in collaboration with Leighton Holdings (An Australian based construction company) to construct this architectural landmark, which decorates the skyline of South Mumbai. 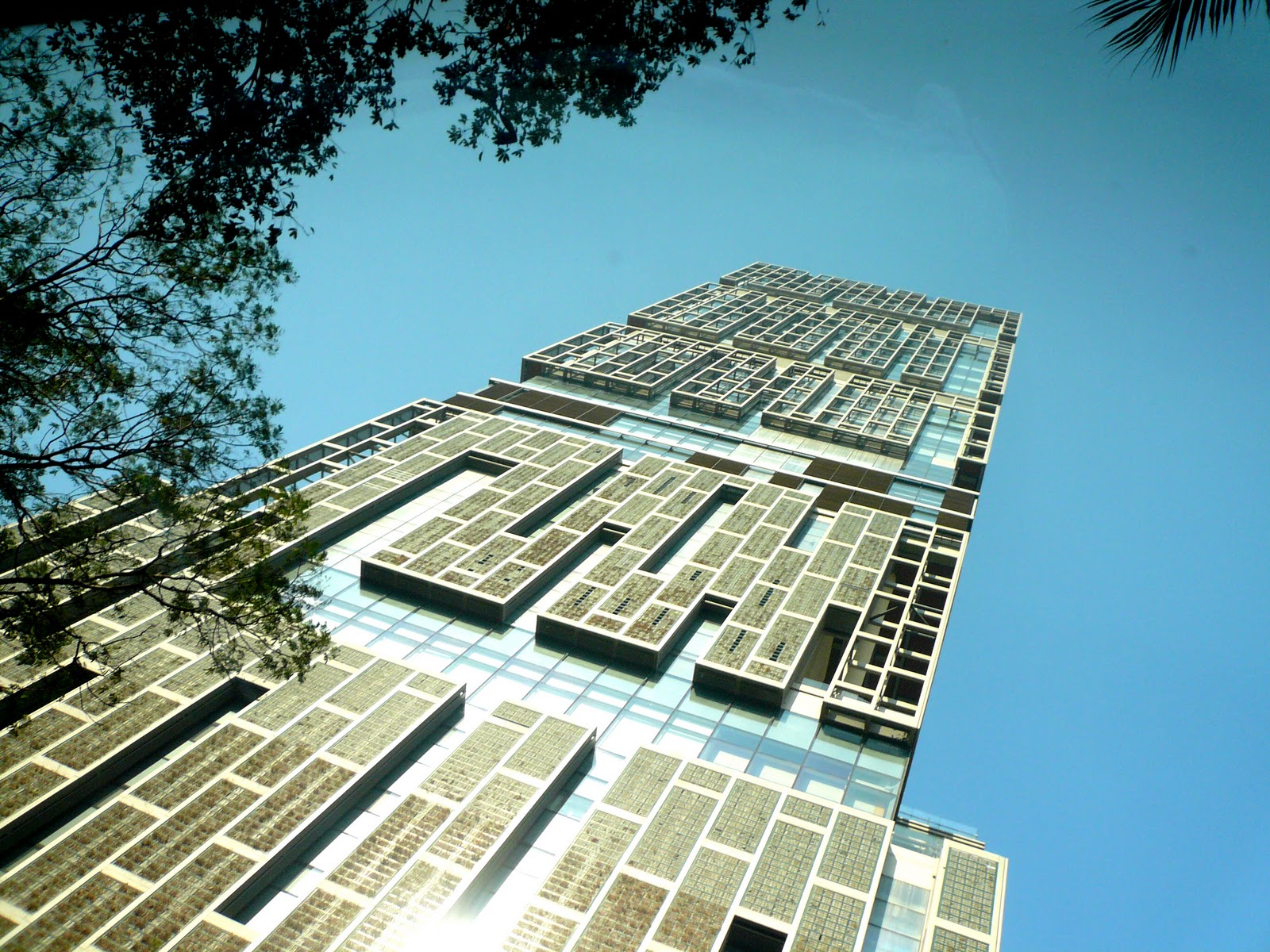 What is ironic is the fact that this building is famous for mostly wrong reasons than good ones. It has made headlines for being the most expensive residential house worth 1 billion USD dollars! The critics criticize the fact that how in a country that has so many people below the poverty line has a business tycoon who has been splashing money preposterously on meaningless materialistic possessions. Furthermore, when you hear the price of it, you expect the building to be an architectural marvel that represents a unique blend of modern and contemporary style of architecture. But when seem from a commoner’s eye, the building is pretty much a usual one which has deliberately been made so flashy by putting in money at all the wrong places. For instance, having an embroidered heavy metal gate with sophisticated designs on it instead of a regular front gate is seen. 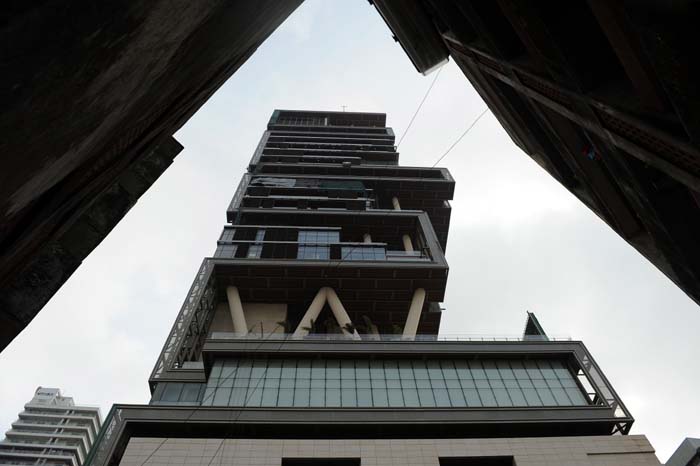 From the architecture’s point of view, the idea behind Antilia’s design is ludicrously lame. One should have put in more thought into the project to make it visually more appealing. For what it is from outside, the building consists of a series of floors at the bottom, followed by a regular pattern of floors going in and coming out from the front area. An elegant and alluring set of staircases engulfs the building in entirety from outside, giving the skyscraper its only eye candy. Also, the basic foundation of the house has amazing tensile strength that can hold the building up against an 8 point high rated serious Earthquake. Anything beyond this in favor of architecture of the building would be hard to say, and it’s not just me; a lot of critics hold the same opinion. What gives this building its value is the expenditure that is made on each of its floors. Constructing a fully functioning gym, swimming pool, ballroom, a movie theatre, spa room, three helipad areas on the top floor, and a private car service center are a few of the many facilities that are made available in the house. 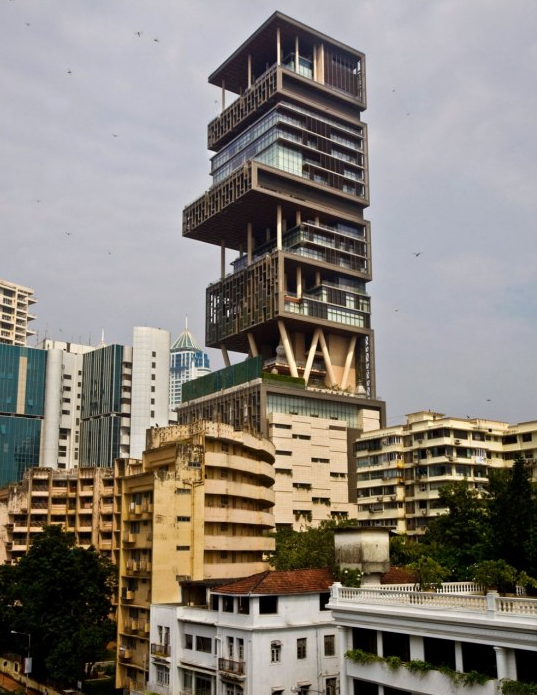 When compared to other landmarks and their cost of construction, this one seems to score a surprisingly less fan base than others. Majorly its because the design of the building is way too clumsy and fails to do enough justice to the art of what we call it as the “Sustainable architecture.”

The Best Ways To Style Your Home Before Selling

Buying A Property: 3 Things To Consider