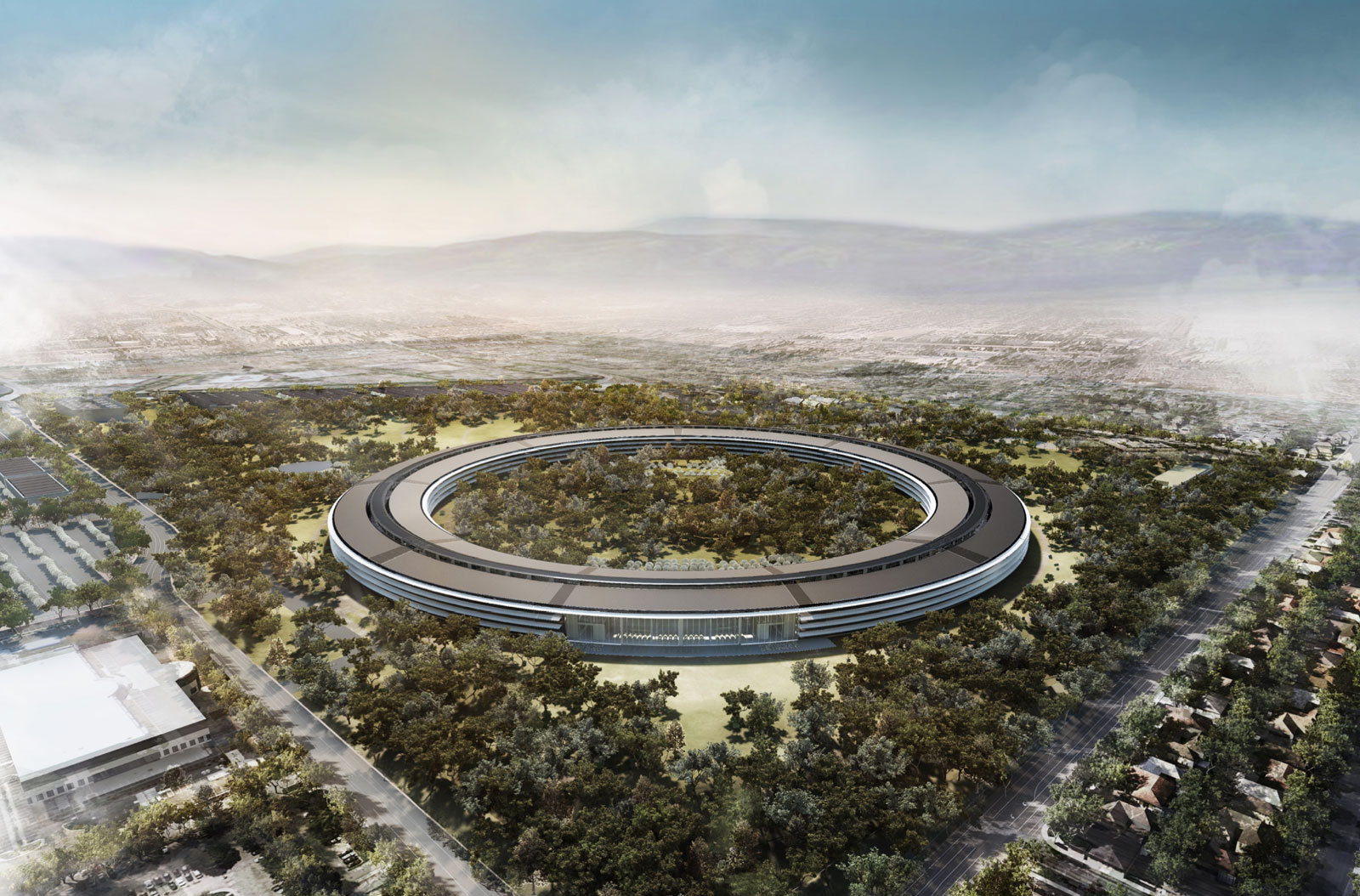 The Apple Campus stands as the corporate headquarters of the world-renowned handset producing company Apple addressed at 1 Infinite Loop in California’s Cupertino, United States. Now the company is on the plan to build an all-new campus- Apple campus 2. In April 2006, it was announced by Steve Jobs that the company had acquired 9 contiguous properties to build the Apple Campus 2, the second campus of the world-famous company. The second campus will be located one mile away towards the east of the existing Apple campus. Due to the delays, the grand campus is expected to be inaugurated in the mid of 2016.

The new campus’s grand design is expected to take around 3 to 4 years to get constructed wholly. The project cost of this new build is estimated to be around USD 500 million. But previously, the estimated figure was less as the company couldn’t seek the necessary permits required to begin construction. 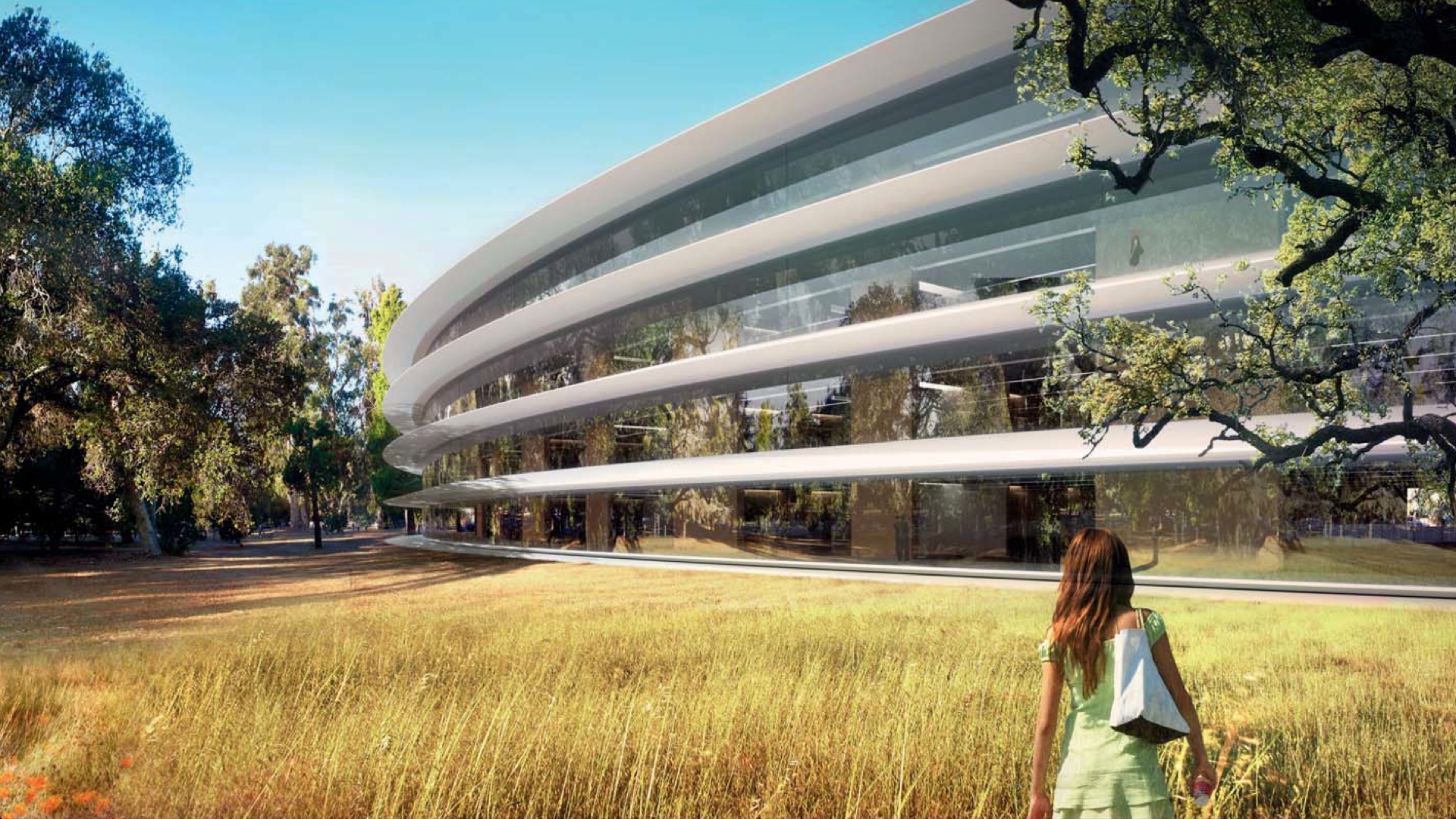 Apple Campus 2 is being constructed on a site that totals around 175 acres. It is planned to build residents for around 13,000 employees in a four-storied central circular building on the land space measuring approx. 260,000 m2. Furthermore, the circular building would be holding a café which would feature sitting space for 3,000 people. 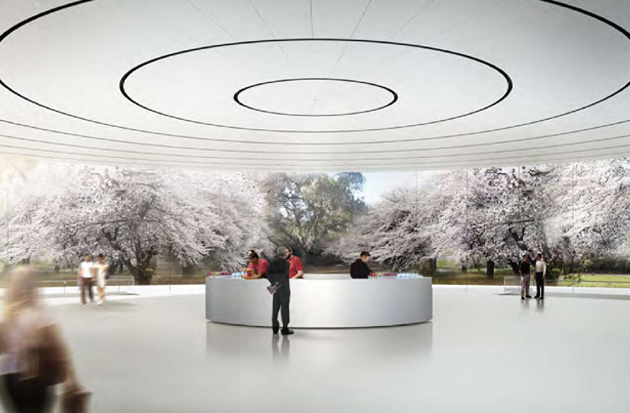 The new structure is described as a “spaceship” by the media reports. Surrounded by widespread landscaping and clutched with both in and underground parking structures, the Apple Campus 2 would be an extraordinary build, standing as the only one of its kind. Along with the cafeteria and residential construct, the “spaceship” would be clutched with an auditorium holding seating space for around 1000 people, 28,000 m2 of R&D facilities, an orchard, a fitness center, along with a generating plant orchard, which would serve as the primary source of electricity. The current ratio of the constructed area to landscaping is 80:20. But after Apple’s redevelopment, the site’s ratio will be reversed, and the redeveloped site will hold 80% of the green space.

The building’s structure would hold 3.7 miles of curved glass wrapped around the building. The concrete ceilings will be cast carefully and then would be lifted into the right place. The constructs flooring will be replaced by stone-infused museum grade and most infamously. The gaps between the surfaces of the floors would measure around 1/32 of an inch. 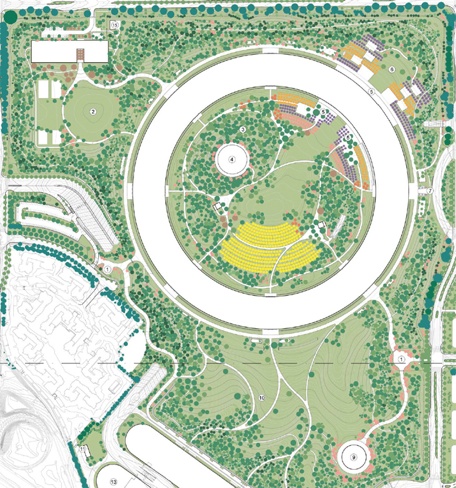 Apple’s new campus build design is like an airy ring lying in the middle of nature’s ‘build.’ The building’s design is an inspiration of the Stanford campus and America’s fruit bowl. According to David Muffly, the company’s senior chief arborist with the new build held California’s main motive back to Cupertino. The healthiest old trees are being transplanted on-site to make them a part of the new campus, loading the space with more and more indigenous species.

Indeed the Apple campus 2 is one of the most extraordinary and beautiful corporate spaces ever build.