In case you’ve been living under a rock in outer Mongolia, there’s a tiny house craze sweeping the country, with people opting to live in progressively smaller and smaller houses. Many of those tiny houses have fewer square feet than a one-bedroom apartment. Everything in them is ultra-compact, squeezed together, and double purposed for maximum efficiency.

The people choosing to live in these tiny homes aren’t all first-time home buyers, but many of them are. They’re trying to get started in life with their own home minus the mortgage payments that put so many people behind the eight balls. The majority of people who buy tiny homes, or build them themselves, move into their new starter home completely debt free.

The benefits are obvious. They can save the money they otherwise would have spent on rent or mortgage payments. In five years or so they’ll have enough put away to make a massive down payment on a bigger, better home, resulting in a much smaller mortgage payment that can be paid of in short order.

The banks won’t like it but who cares what they think?

Heating Costs In A Tiny Home 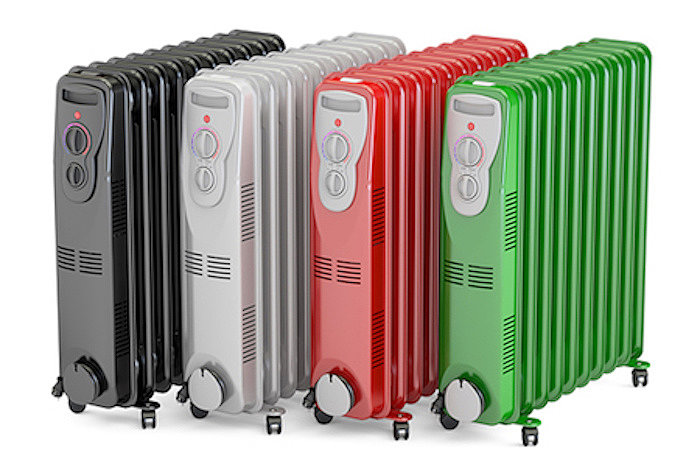 Because space is at a premium in tiny homes, people have been forced to get very creative on how they arrange what little they have to work with. Adjustable height tables that double as footstools with storage spaces inside them are a common type of innovation. Others, equally ingenious, liter the tiny home landscape.

Heating and air conditioning are one of the areas where tiny homeowners have to make compromises. Window unit air conditioners are popular because most of their bulk is outside the house. Heating is a bit more problematic. Solar panels are expensive, and tiny homes don’t have enough roof space for them anyway.

Some people have installed thermal windows to focus sunlight into the house to heat it like a terrarium while the double panes in the glass prevent the heat from escaping. Others have installed propane heaters in small enclosures under the house if it is raised on a pier-and-beam foundation.

One couple turned the trailer of a tractor-trailer rig into their house. They left the back tires on it for future movement and wound up with three feet of space under their home. They put their heater under the house with a skirting around the house to protect the heater from the weather. They installed some floor vents along with a trap door so that they could access the controls, and just like that, their heating problem was solved. 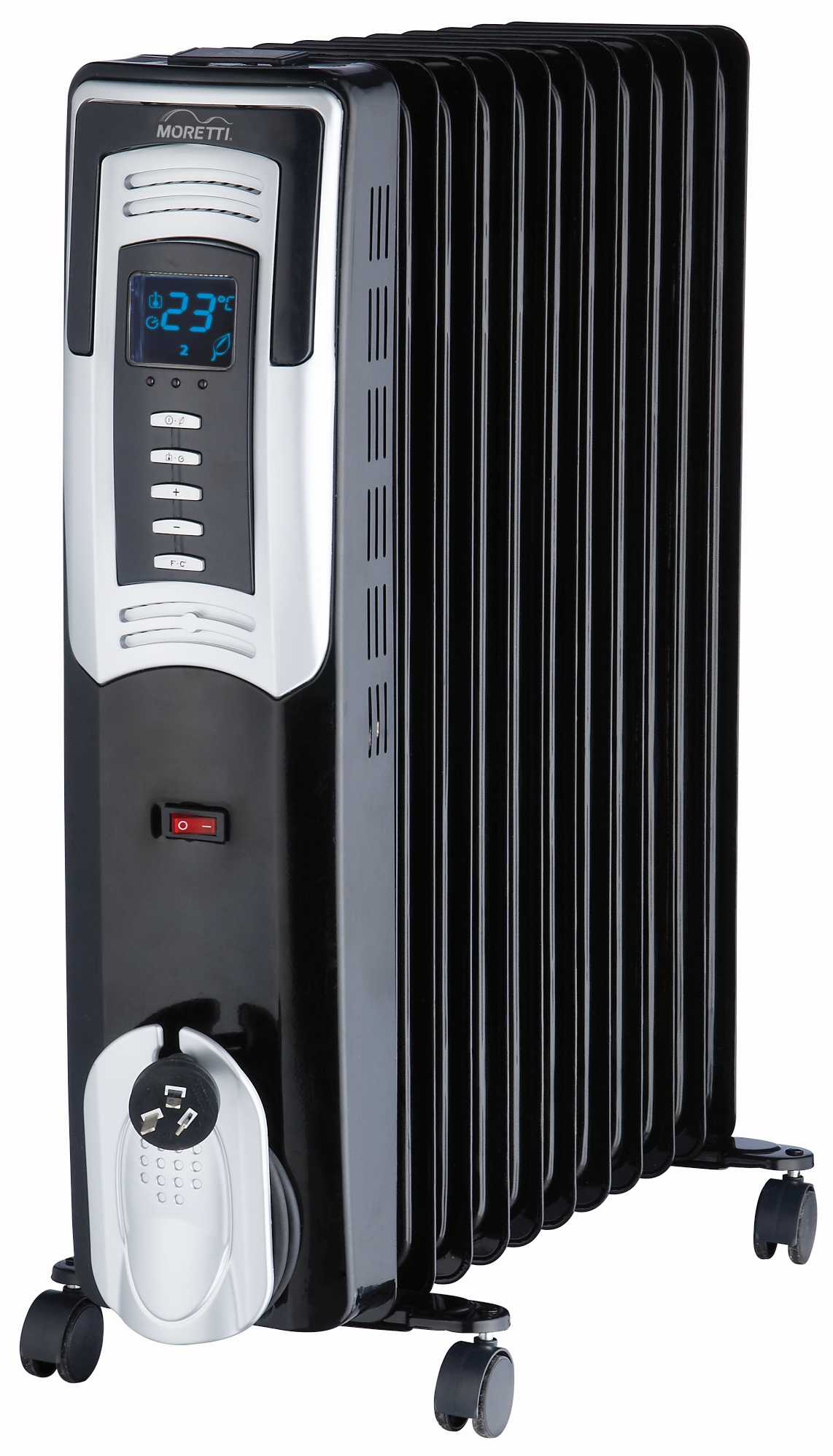 TinyHouseHugeIdeas carries a series of oil-filled heaters that can fill a tiny house with all the heat you could ever need but without busting the budget. When people hear the phrase oil-filled heater, they automatically think of an oil burning heater, but nothing could be further from the truth.

The way an oil-filled heater works is quite simple. They look like an old-fashioned radiator on wheels. It plugs into the wall and is filled with something called diathermic oil, that has two unique properties. First, it has a very high specific heat capacity, which means it can hold a tremendous amount of heat before its temperature rises. Second, its boiling point is three times higher than water.

This means the diathermic oil in the heater can store a lot of heat before it starts to boil. Once a liquid begins to boil, it produces a great deal of pressure on whatever container it is in. The higher the boiling point, the less worry there is about pressure creating a rupture, so oil-filled heaters are very safe.

Also, the high heat capacity of the oil in the heater means it will keep on giving off heat long after it has been unplugged or turned off. You save money even as it continues to heat your house. Pretty cool! 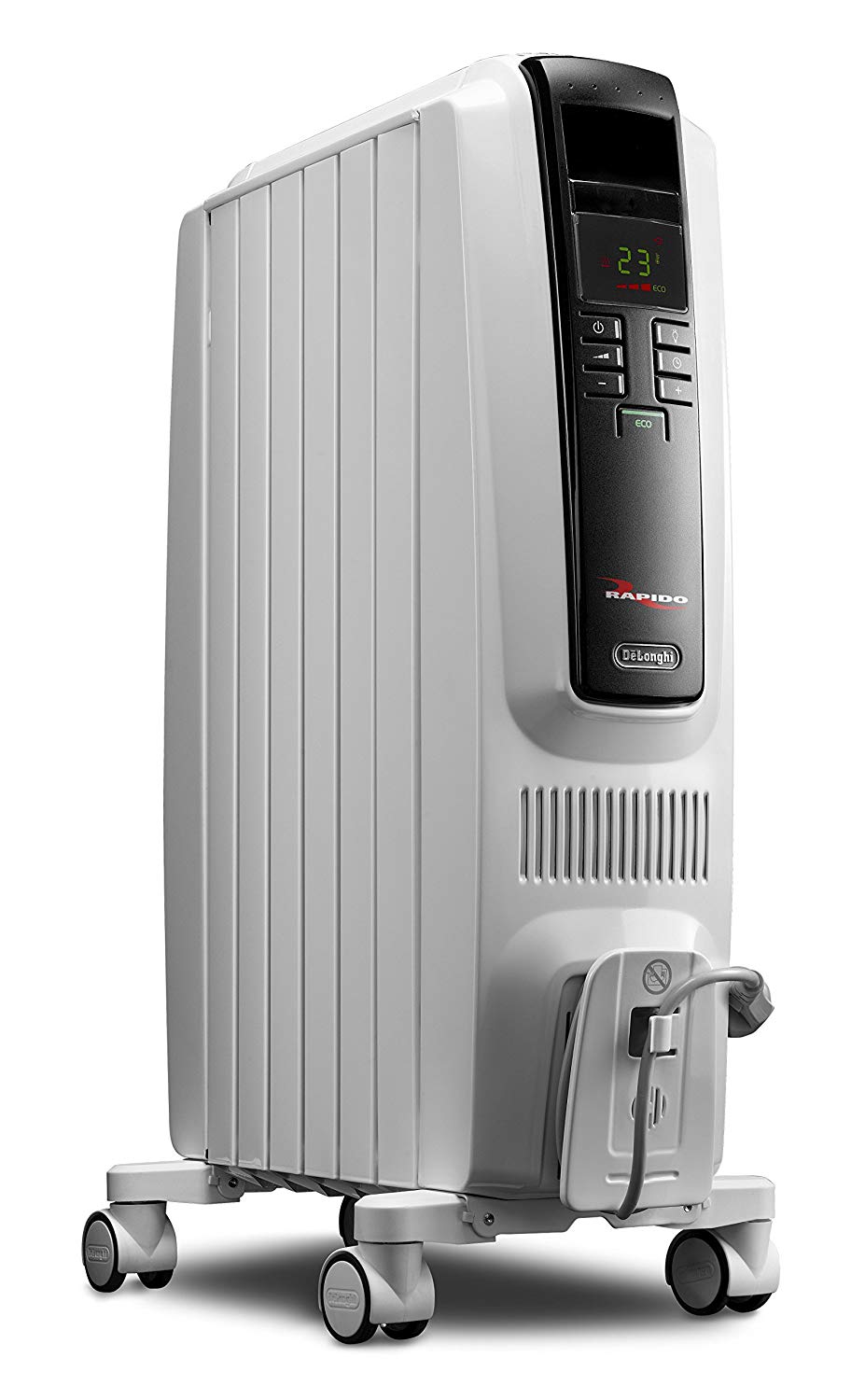 Oil-filled heaters don’t have fans. Instead, they have a series of thin metal fins. The heated oil circulates through the fins, heating the metal which, in turn, heats the air around it. The greater the surface area of the fins, the more heat they car radiate into the surrounding air.

Hot air rises and circulates through the room then sinks toward the floor as it cools. Hot air rising leaves a vacuum behind it which pulls the cool air into it to be heated. This process is called convection. Since there are no fans, aside from the occasional clicking of the thermostat, oil-filled heaters are completely silent.