When you’re building your next house or remodeling the one you have, that’s a perfect time to think about installing design elements such as a built-in wine cooler or a wine refrigerator. Built-in high-end appliances such as wine coolers add style and elegance to any home, taking it to that next step in luxury housing. 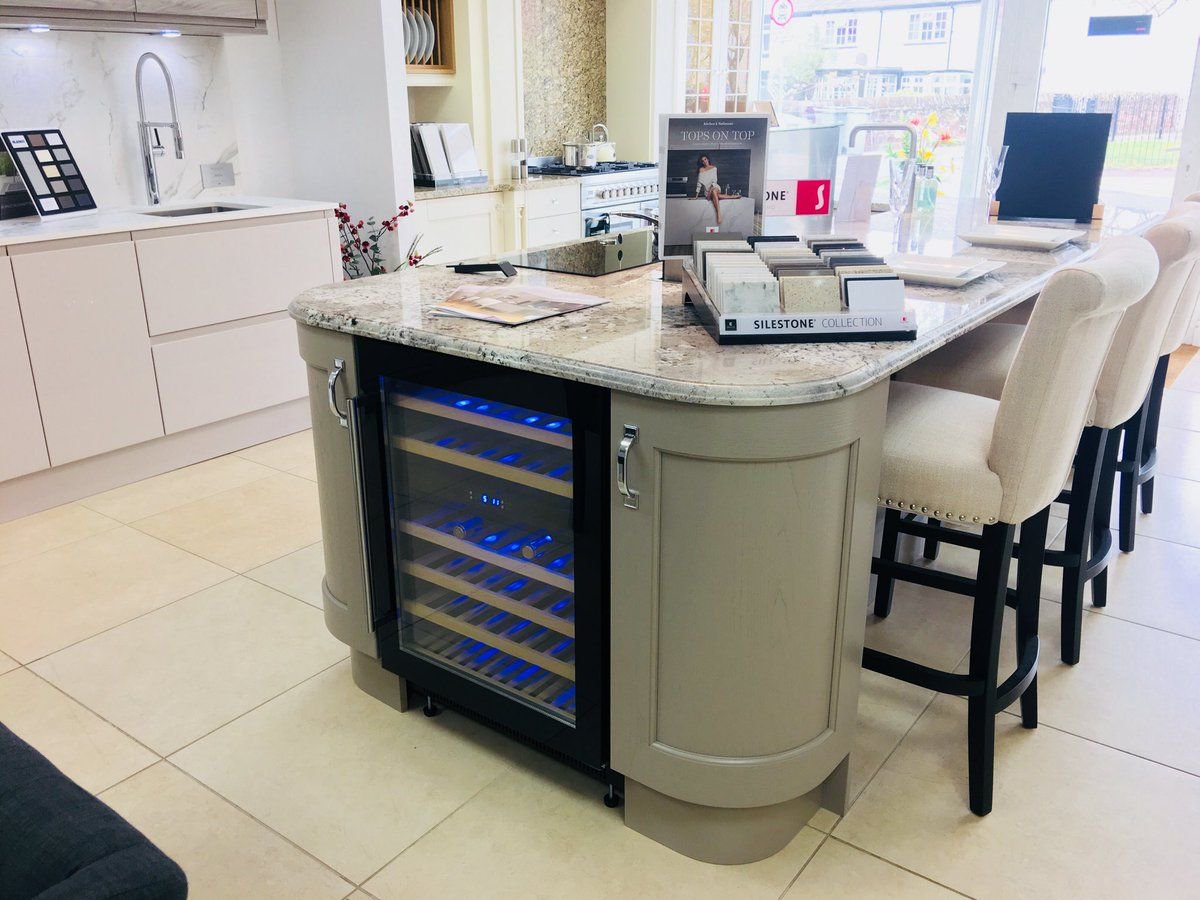 According to the New York Times, a built-in wine cooler that costs $1,000 to $1,500 can raise the property value of your home by a comparable amount or more. It’s usually more because they’re considered luxury appliances and their presence hint at living the good life.

The Times quoted Amanda Brainerd, an executive managing director at Warburg Realty, in Manhattan, saying, “It implies that one will entertain and have fun in the apartment. People have happy associations with wine storage.”

Although Ms. Brainerd was referring to apartments in the crowded New York real estate market, the logic holds true in single-family dwellings around the world as well. You can add a built-in wine cooler in your kitchen or dining room and watch the resale value of your home increase along with it.

There are plenty of nifty gadgets for your kitchen, and although wine coolers can be added to a separate bar or dining room, most of them go in the kitchen. When you’re redesigning your kitchen for a make-over, or designing a new one in a custom home, there are a few considerations to keep in mind. 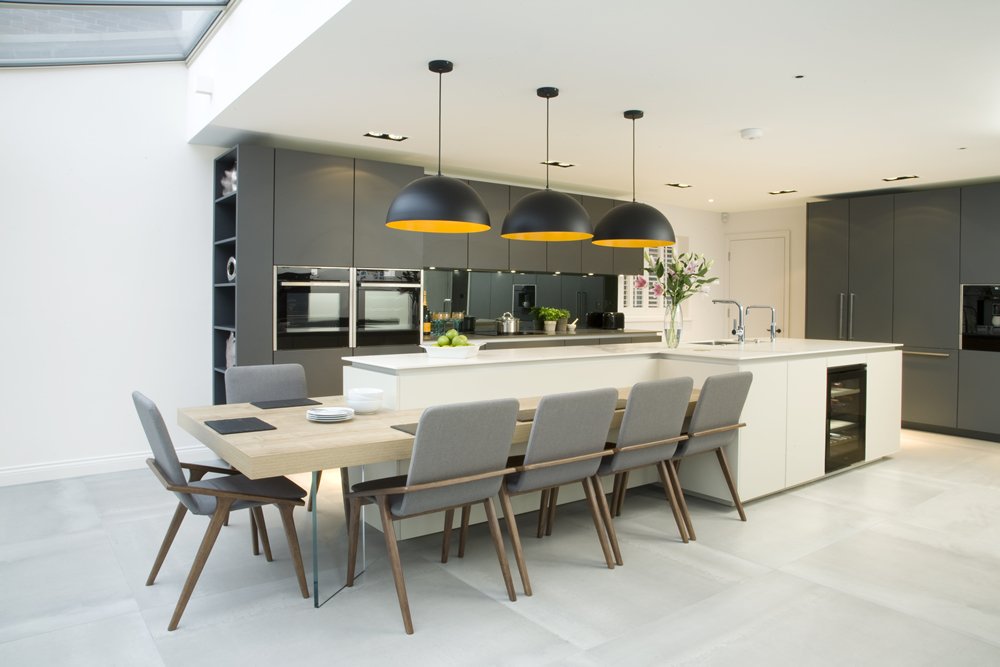 If you’re putting your wine refrigerator or cooler in the dining room or in a separate bar area, the sky is the limit on placement and size. Most people still prefer one that fits under the counter but in a bar area, if you’re going to be doing a lot of entertaining, a large built-in not only holds more bottles, it can become a conversation piece in its own right. 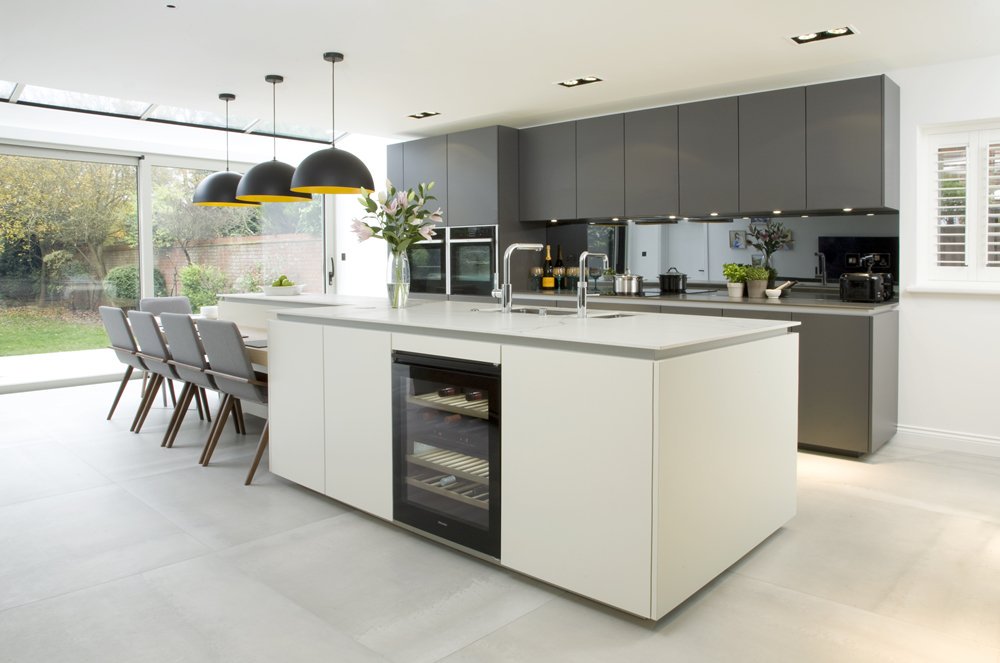 When you’re shopping, you should be aware there are two main types of wine coolers, compressor and thermoelectric.

These work the same as a normal refrigerator. Gas is pumped through tubes around the system, drawing off the heat, and cooling the interior of the unit through a standard heat exchanger. This is why wine coolers are also called wine refrigerators – they’re one and the same. It’s just different names for the same thing.

Compressor-driven wine coolers are louder than thermoelectric ones, but they work better when the weather is hot. Keep reading to see why.

Thermoelectric coolers work using something called the Peltier effect. It uses two electrical junctions to draw heat out of the interior of the cooler. When a current is applied, heat is transferred from one junction to the other in an effort to balance the temperature difference between the two junctions.

When the outside temperature is, for example, 90ºF (32.2ºC) and the inside temperature you want for the wine is just below room temperature, say, 72ºF (22.2ºC), the unit will try to equalize the temperature at the halfway point between the two. You’ll wind up with something around 81ºF (27.2ºC). That’s not a good temperature for storing wine.

There are as many different wine coolers as there are people, in nearly as many styles and colors. A built-in cooler should probably have its own circuit breaker to keep it from going out if something else in the house overloads its particular breaker. That way your wine will never be in danger of overheating.

Although thermoelectric wine refrigerators are quieter than compressor-driven ones, you should avoid them due to the way they lower temperatures by balancing two competing temperatures. Wine needs a steady, constant environment in order to maintain its flavor and ambiance.

Now you’re ready to install the best wine cooler for your house.

Stainless Steel Sink Scratches And How To Remove Them

How To Maximize A Small Kitchen Space