The art of great design has always had an element of dreaming and imagination about it. Of course, you need a grown-up’s engineering know-how to create a huge skyscraper and make it work, but you also need the sense of wonder of a small child to dream up something so enormous and striking. That doesn’t mean you’d trust a child’s drawing to be the basis of a real skyscraper, but maybe we should listen to their ideas more for smaller-scale designs?

With that in mind, a group of children from around the world were invited to design their dream backyards, and the results are as incredible as you’d imagine. Here’s what they came up with: 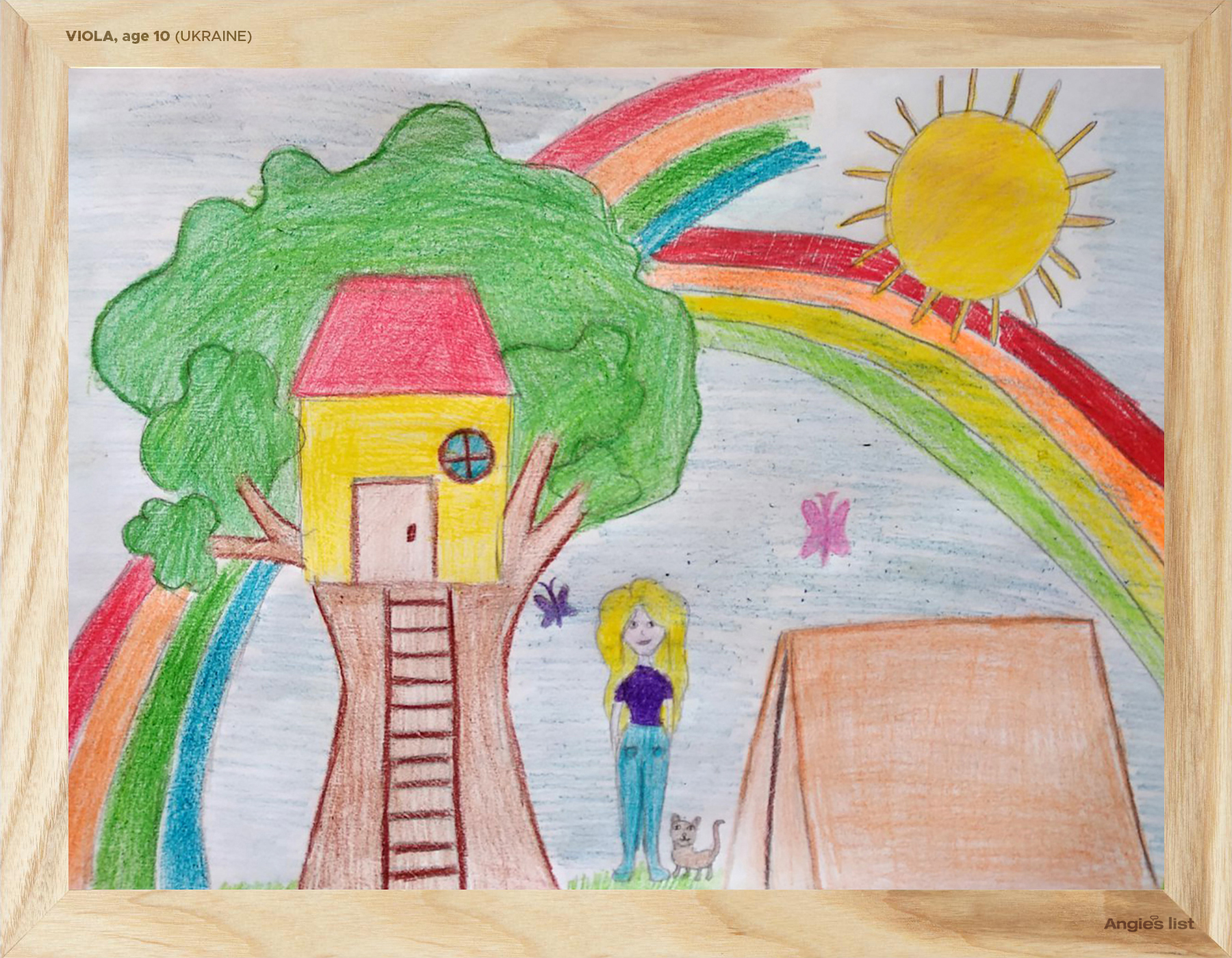 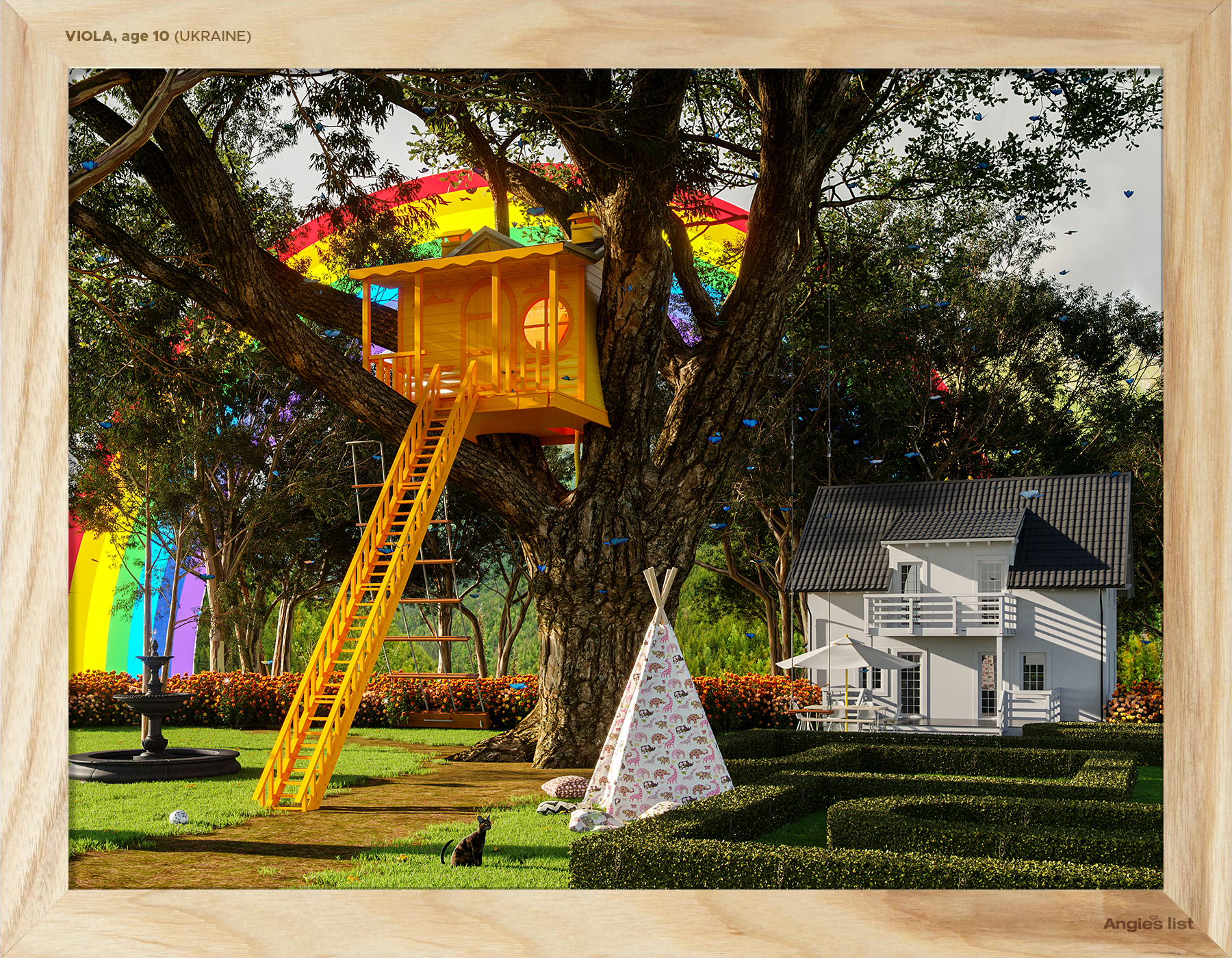 Ironically for one of the most grounded designs, Viola’s planning to spend most of her time in her dream backyard off the ground. This Ukrainian 10-year-old wants to build a treehouse in an ancient oak tree, but one with leaves that turn into magical butterflies (ok, so not THAT grounded in reality). She’s also got a cool tent and a maze in her backyard, while the tree house’s magic closet sounds like a great place to find adventures. 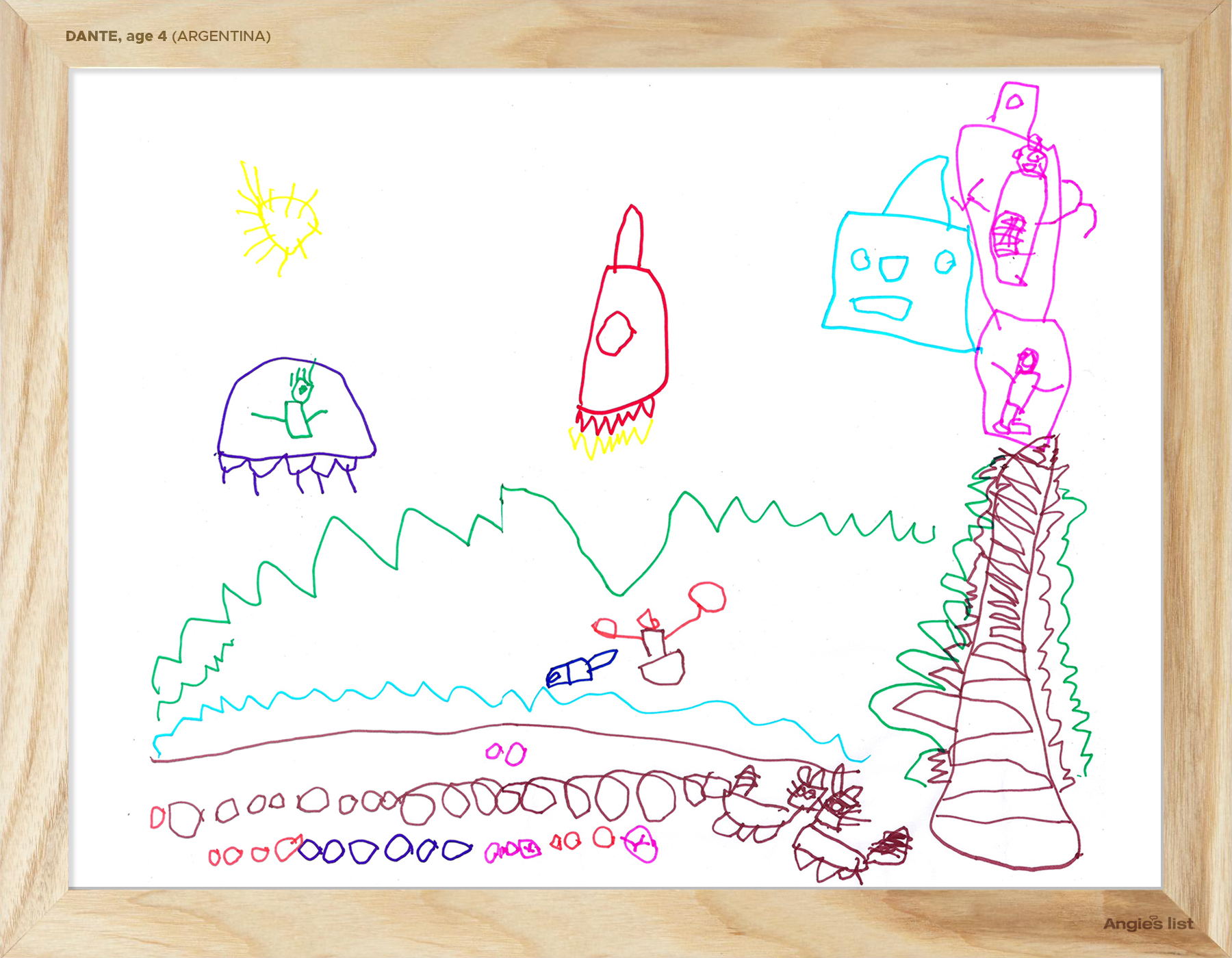 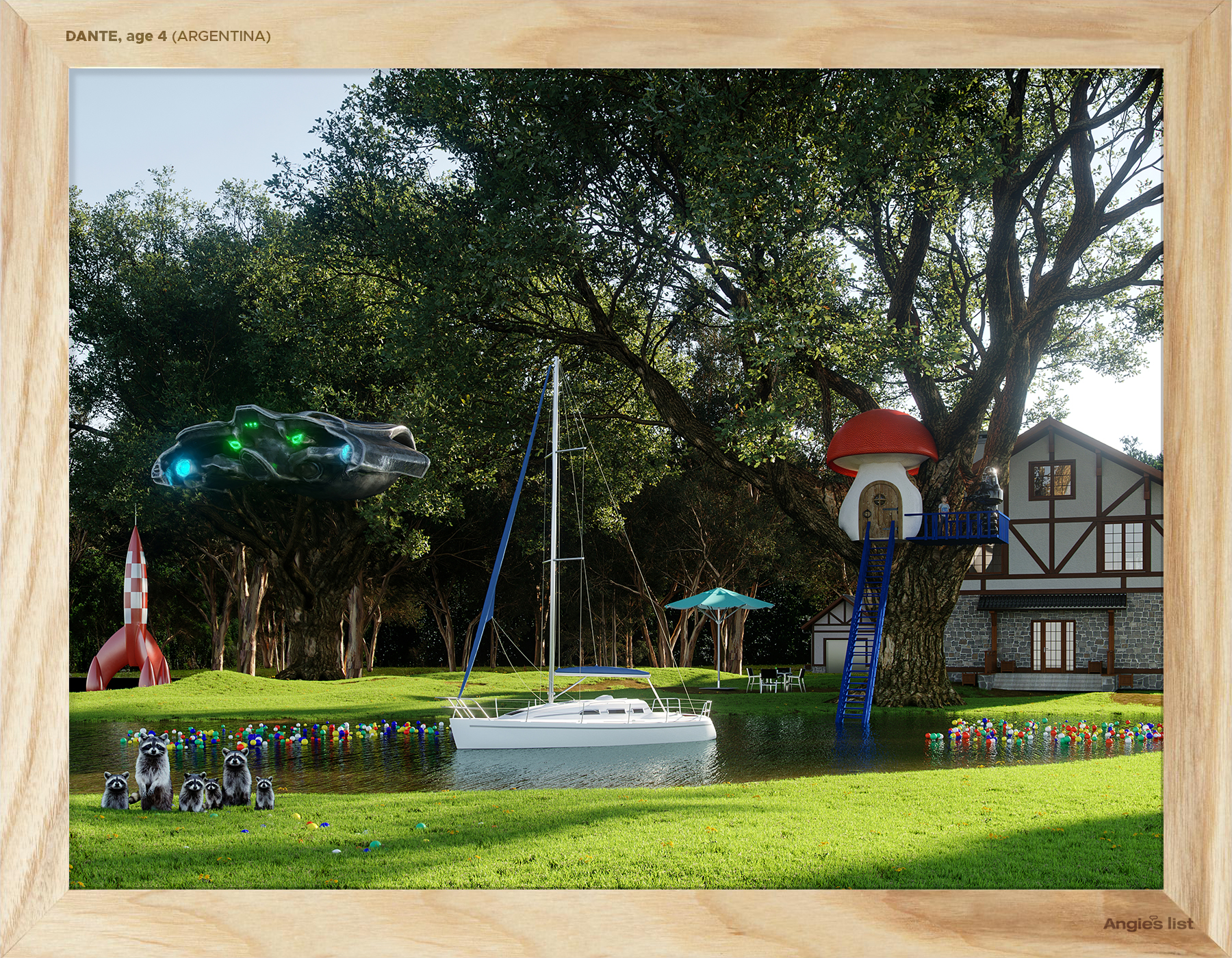 Does anyone ever again have the incredible imagination they had when they were four? Argentinean youngster Dante also has a treehouse in his backyard, but that’s where the similarities end. To get from his treehouse to his actual house, he has to drive a boat down a river (catching fish with his hands on the way), while there’s room to park a spaceship and also a collection of friendly raccoons who look after his collection of multicolored balls. 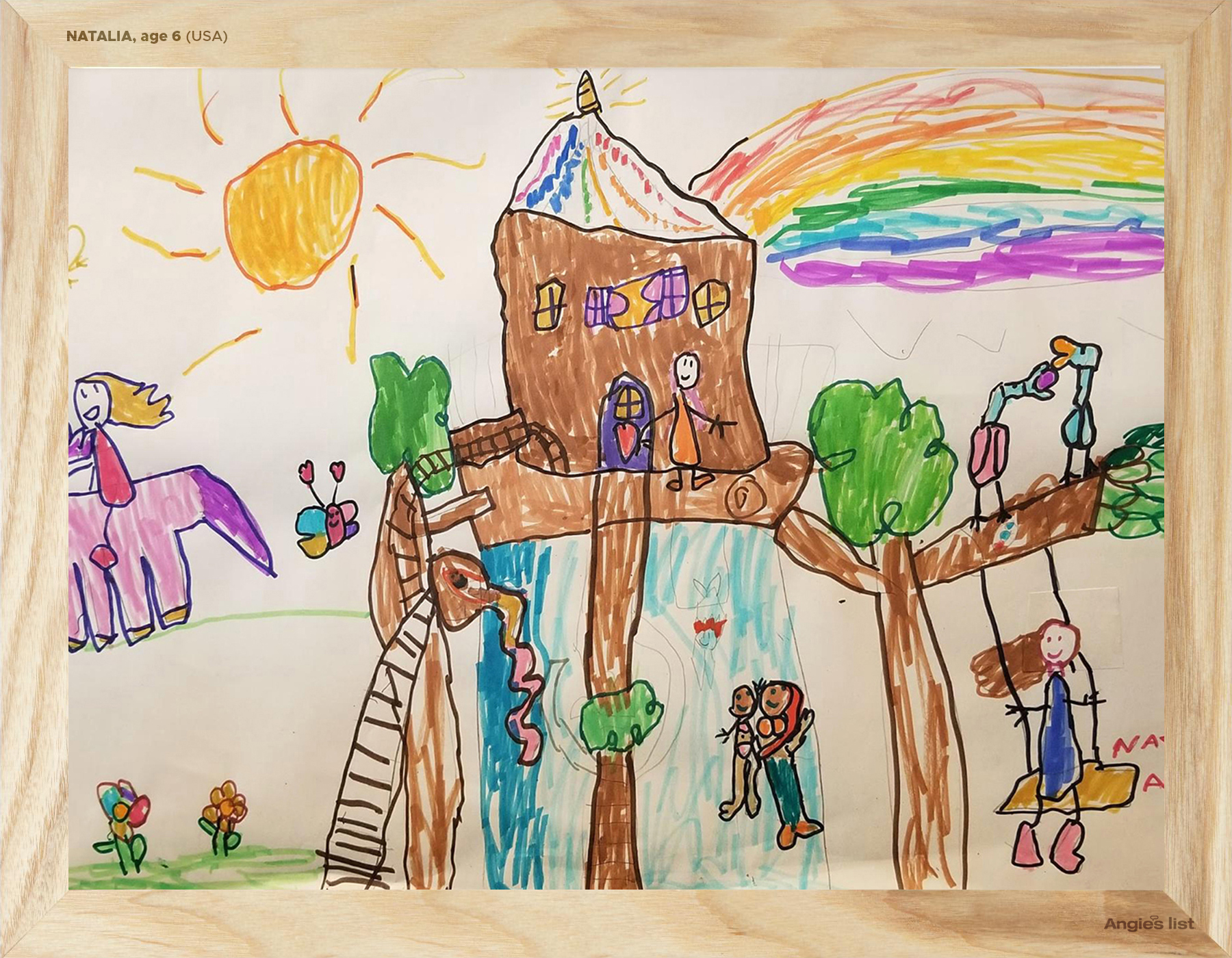 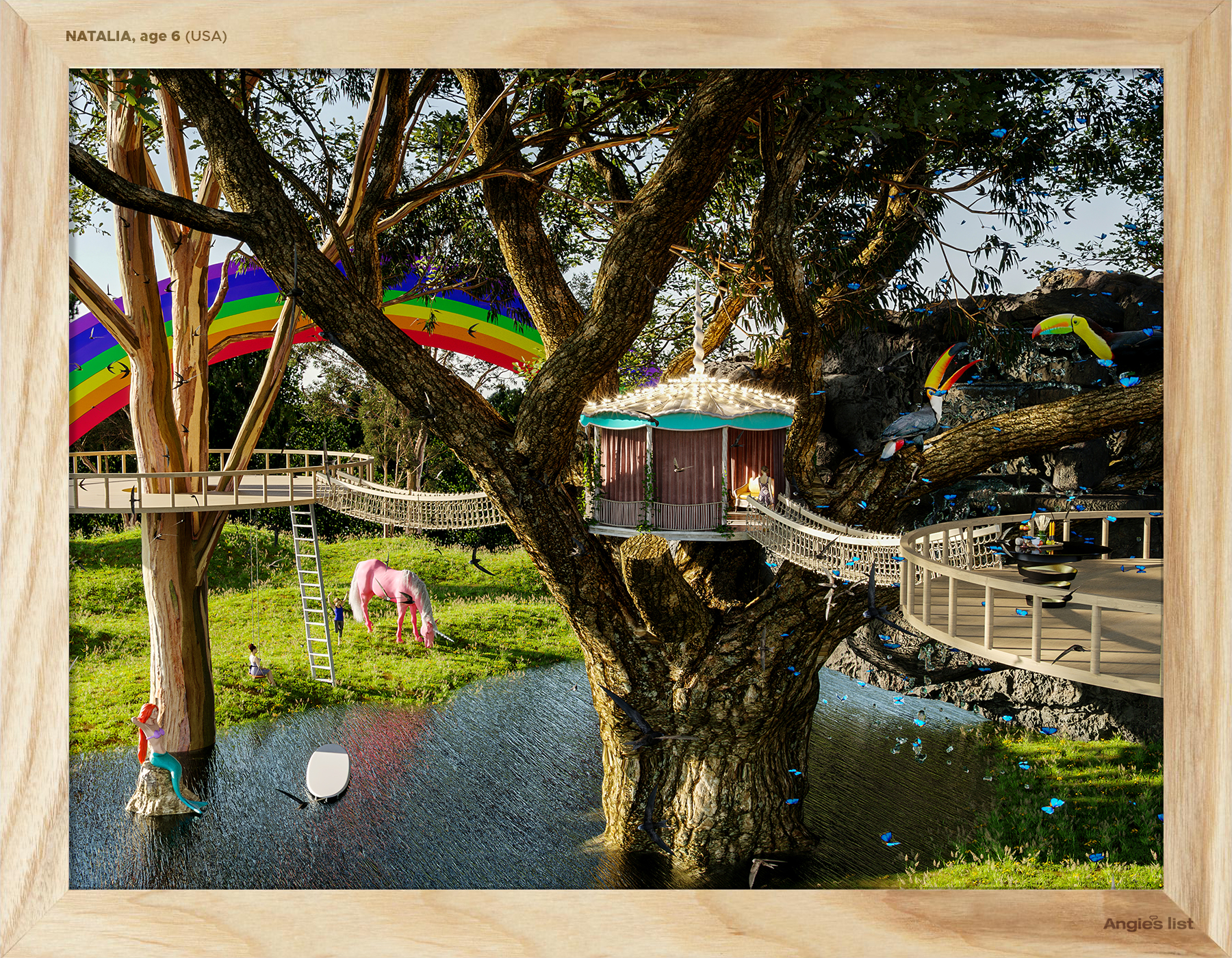 Natalia’s dream backyard is everything you’d expect a 6-year-old girl’s dreams to look like. There’s a rainbow, a unicorn, a mermaid, doves, erm, toucans, and a flower garden. She’s also got a treehouse covered in festive Christmas lights, a diving board, and a slide and a swing over the magical river. This is not a garden you ever get bored of spending time in, no matter how old or young you are. 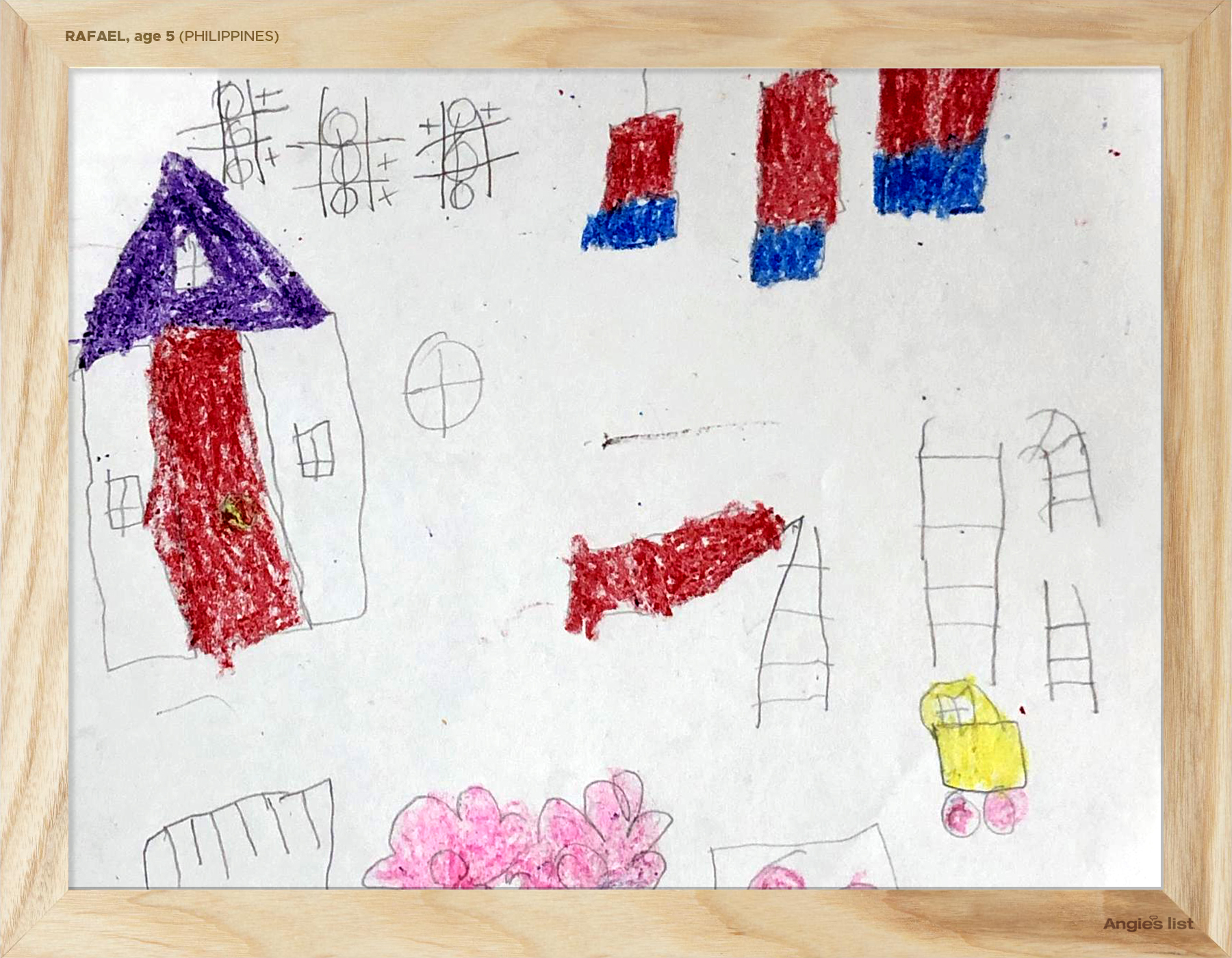 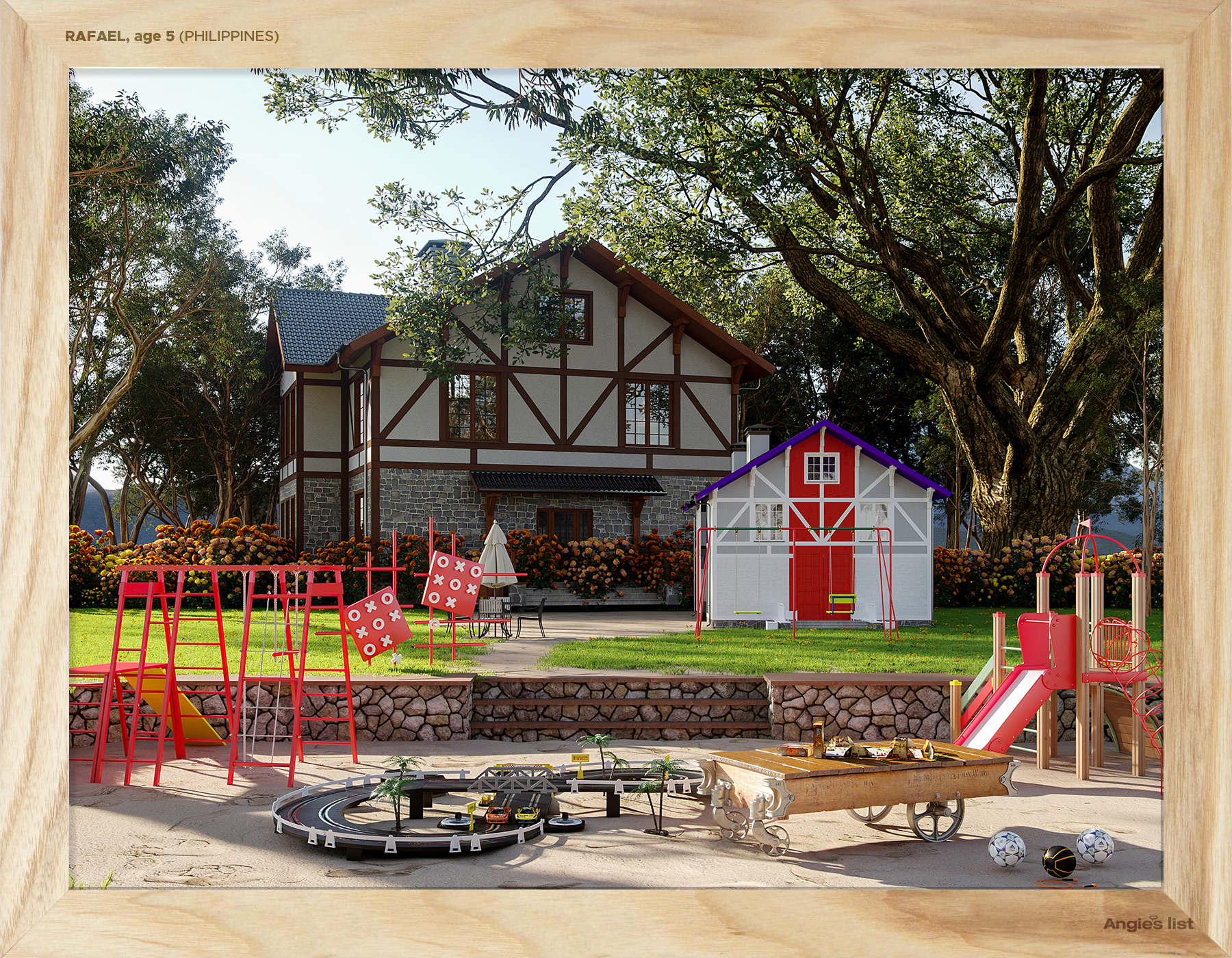 The first of the designs to not include a treehouse, Rafael would rather spend his time on the ground in a playhouse instead, and it’s a big one. He also wants to make sure neither he nor his friends are ever bored in his backyard, so he’s included a cool-looking playground with games, puzzles, climbing frame and slide plus a huge toy car racetrack. 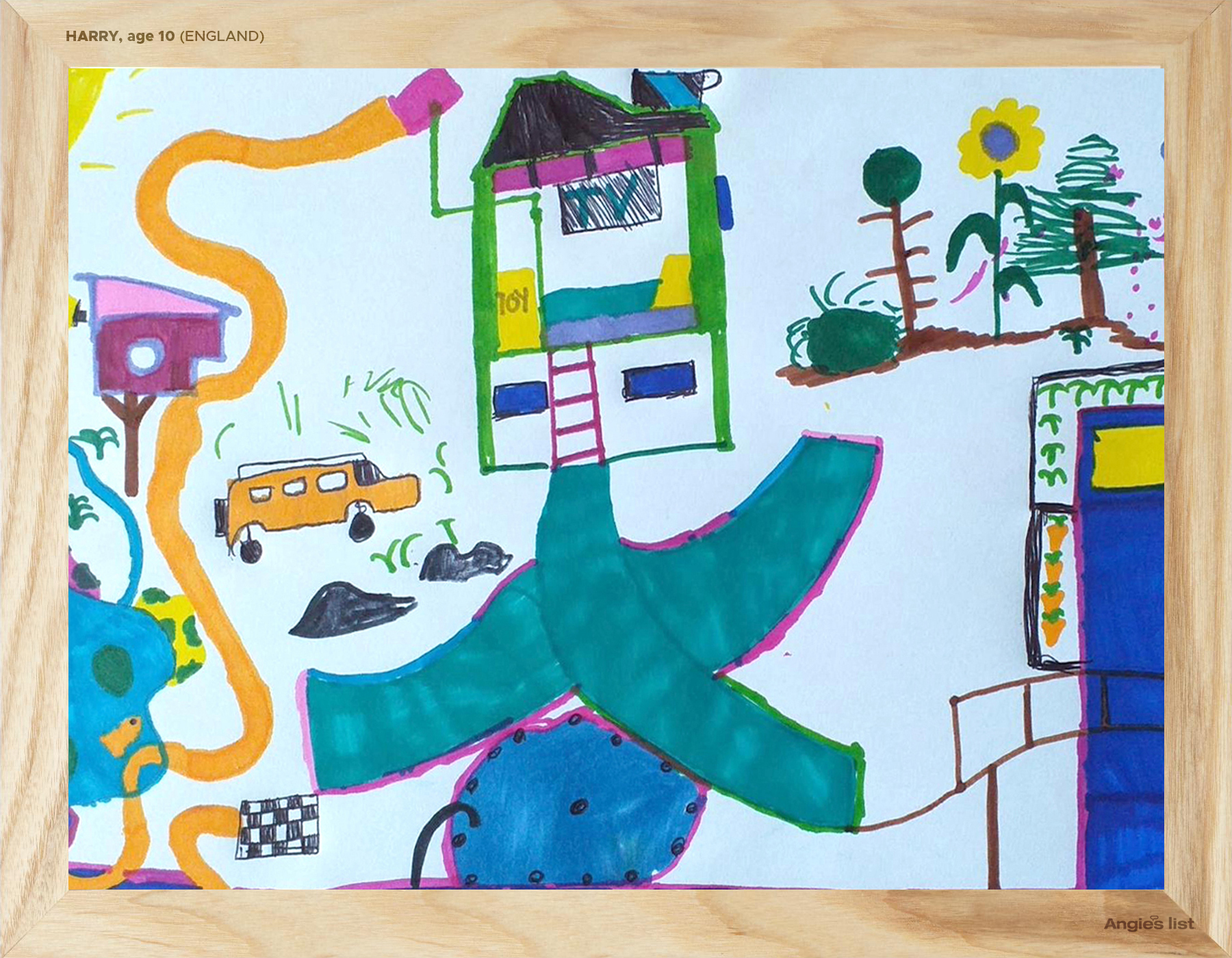 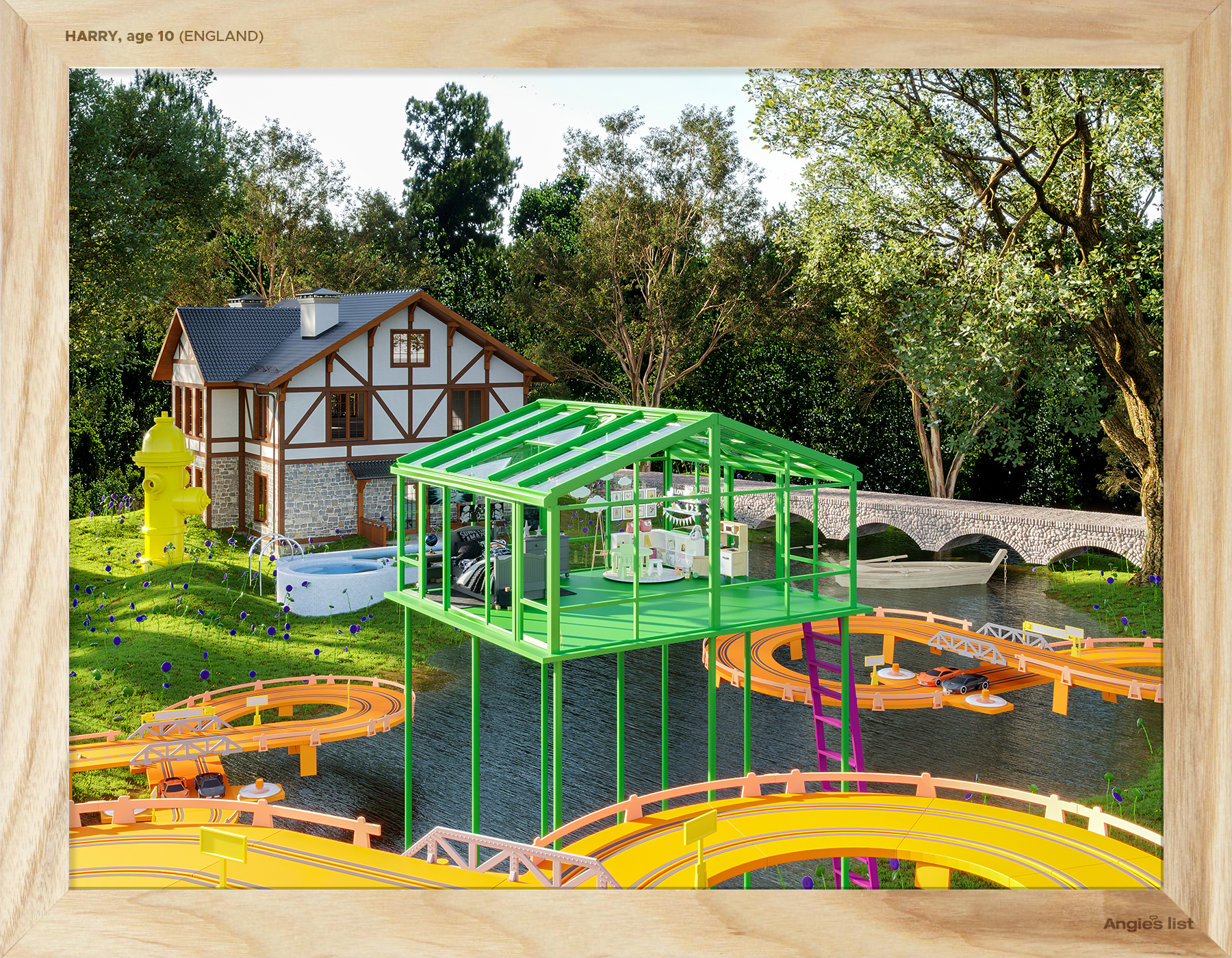 Did someone say ‘huge toy car racetrack’? Well, Harry from England has gone one stage further as his garden practically looks like a Formula 1 racetrack for his toy cars, which goes around the backyard. He’s got a great view of it all from his house on stilts, which looks very comfortable and allows him to look out at all the badgers and newts that share his garden with him. 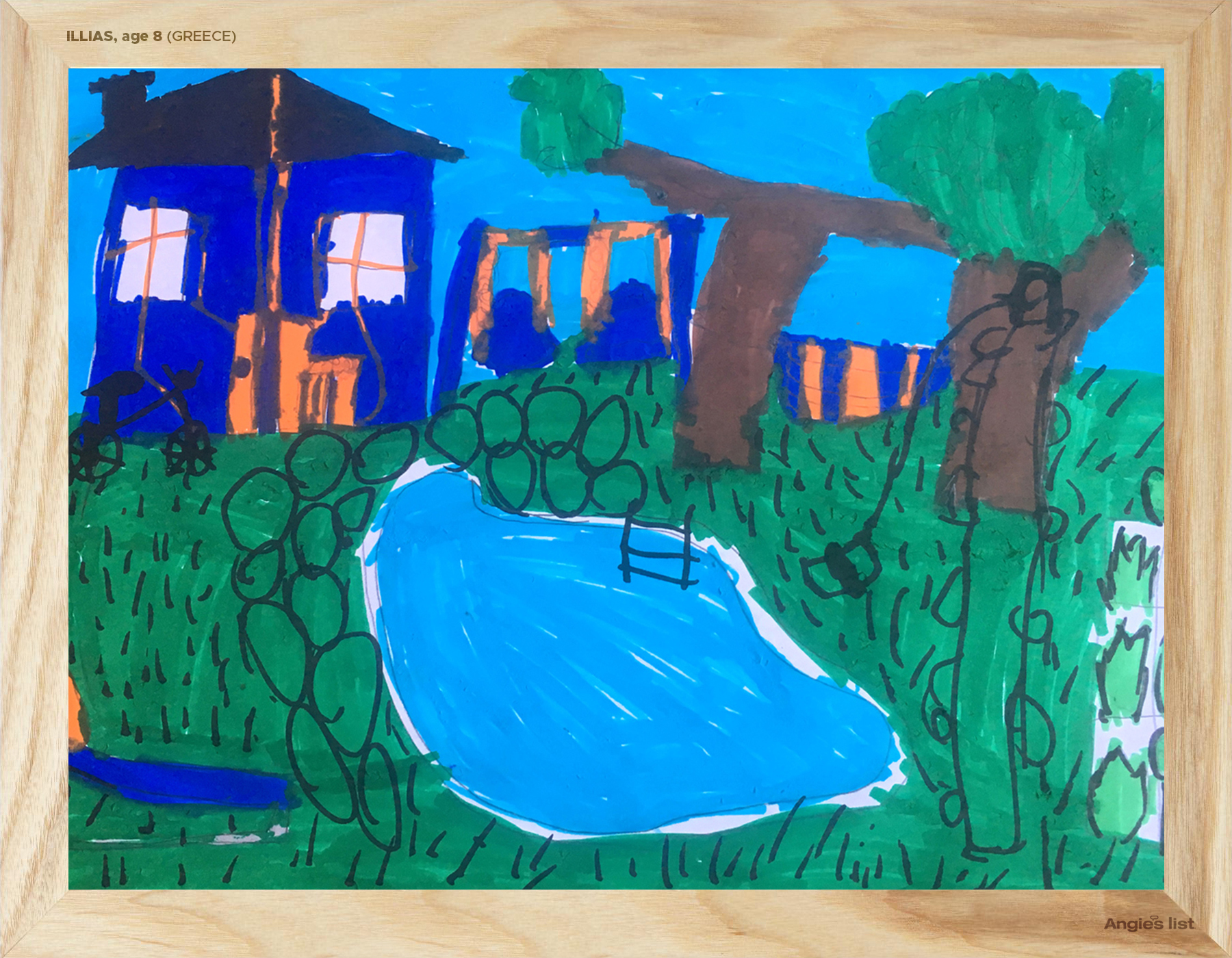 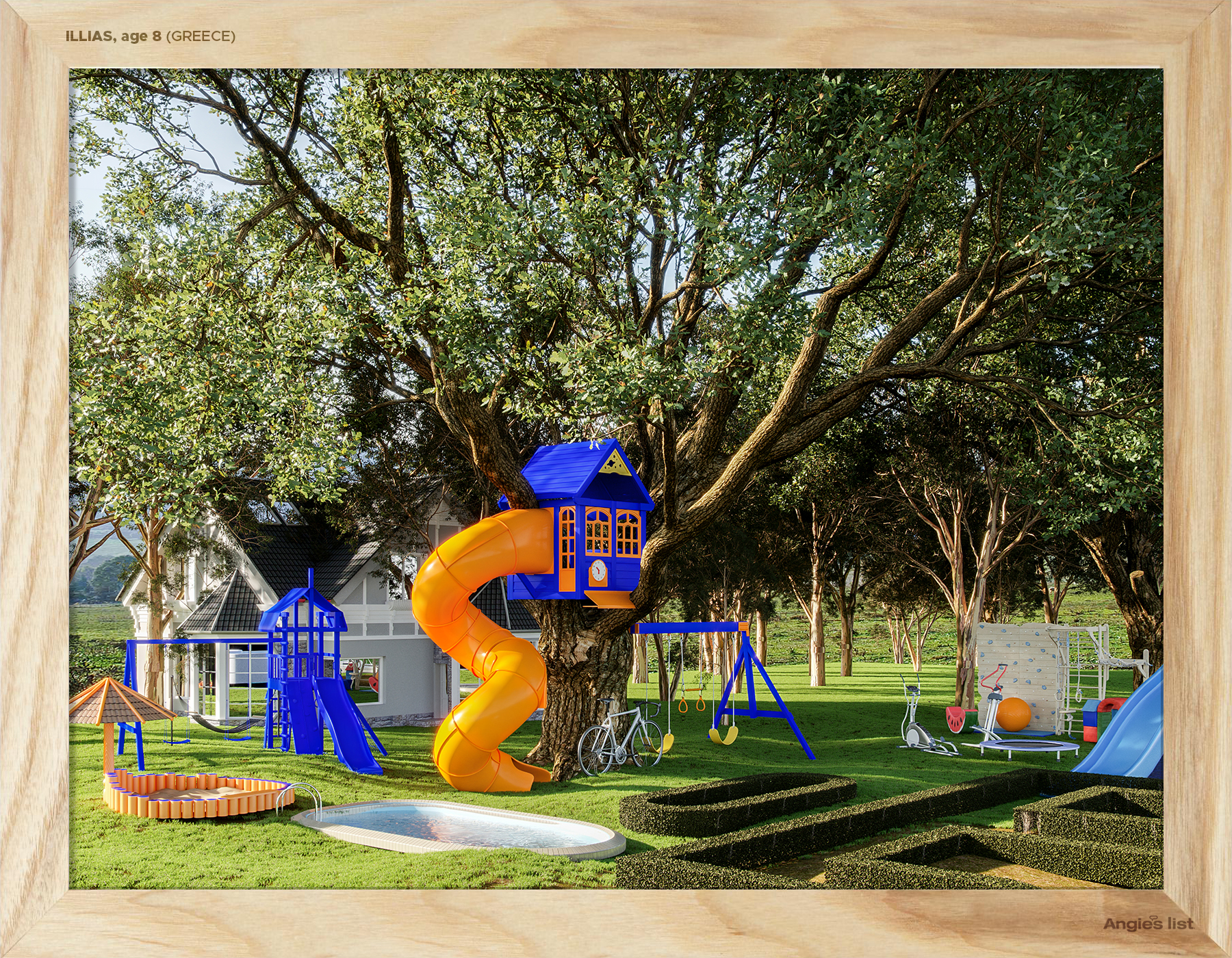 Greek boy Ilias also wants to spend time with his animal friends, particularly a squirrel, who would join him in his treehouse, sliding down the big slide and exploring all of the awesome toys and activities he has set up in his backyard. There’s a climbing wall, a swimming pool, swings, and a bicycle, just like any cool kid would need.

So, which of these designs is your favorite?

Simple Ways to Transform a Garden

Ways To Spend Time In The Garden This Winter