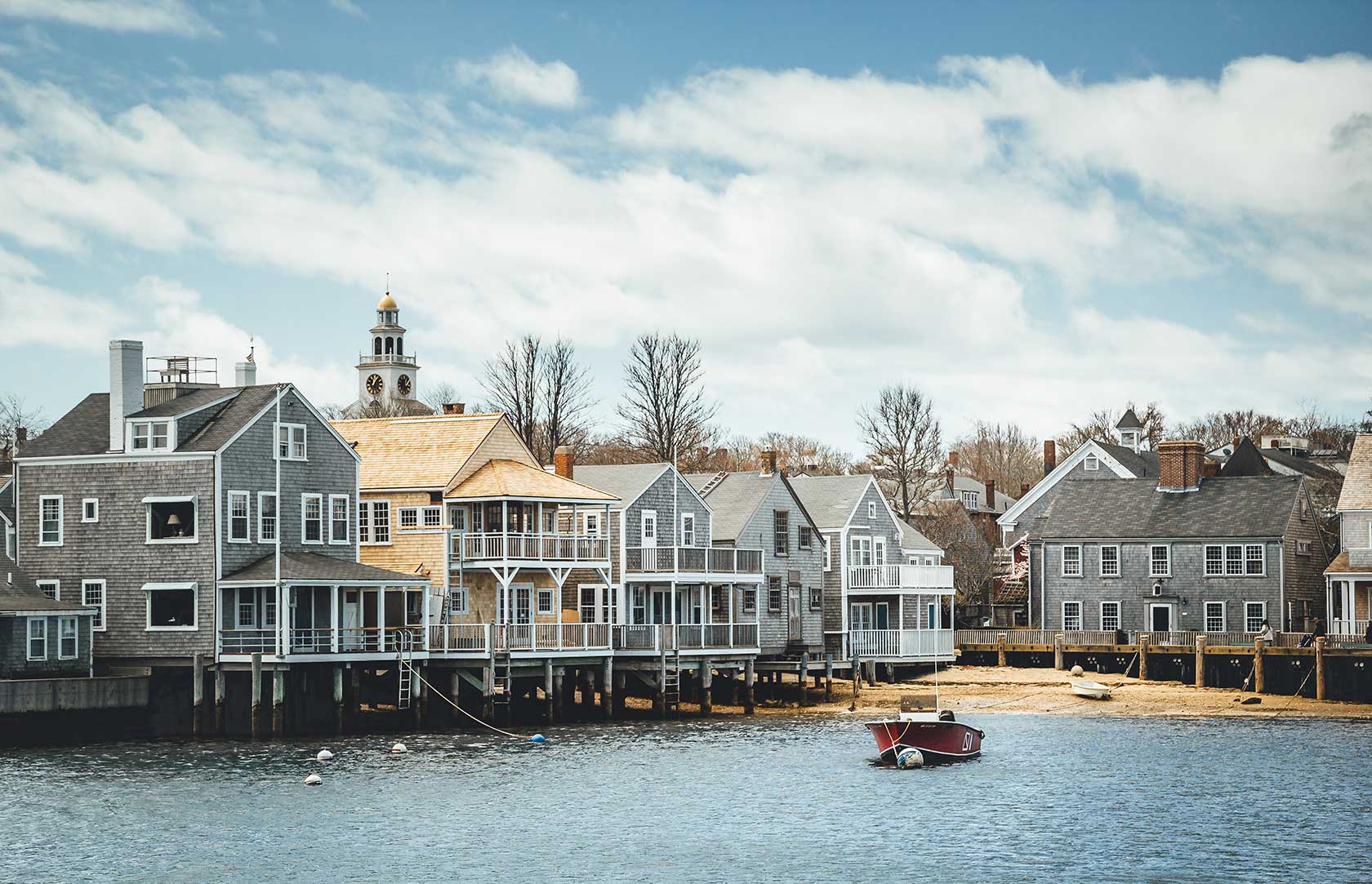 Nantucket is an island 30 miles south of Cape Cod and one of the oldest NHL (National Historic Landmark) districts in the country. The local authorities and many conservation organizations on the island have very high regard for the protection and the preservation of the historic architecture and the historical places there, which are prevalent and are one of the main reasons why so many history aficionados and tourists visit the island.

As well as the strict laws and regulations for historic preservation, there is also the highly motivated, tight-knit community of residents of the island. They are dedicated to preserving history and nature and investing in a stronger local business and economy.

There are some of the aspects which make Nantucket such a unique destination with a very specific historical identity and charm.

In the last few decades, the increasing concerns about the rising levels of the sea and big floods which endanger the island have led to a close partnership between the local authorities such as the Nantucket Historical Commission, the Historic District Commission, and the Department of Planning and Land Use Services and the conservation organizations of the local community.

Unfortunately, this winter, the flooding on the island of Nantucket during the powerful winter storm in January caused severe damage to the pier, flooded the streets, left almost 5,000 homes without electricity, and damaged vehicles and other constructions due to the saltwater.

Nantucket has become a symbol of the preservation movement, which became especially active after the island became a popular tourist and vacation destination in the mid-20th century.

This is why today, building and renovating on the island is so much more complicated and restricted than in other parts of the country. In fact, for any renovation work and for building a new home on Nantucket, you will need to meet all of the strict requirements for the height, the shape, the color, the type of shingles used, and more. In other words, you will need to keep Nantucket in mind when building a new home or other property there.

The construction or renovation plans need to be approved, and the owner becomes part of the preservation community. So it comes as no surprise that many people refer to Nantucket as not only a viable tight-knit community but as a live and dynamic museum.

But the preservation efforts on the island do not stop at keeping the historic buildings in good condition and placing home plaques on them. The local residents, preservation organizations, and authorities are dedicated to continuously enriching the heritage while preserving the historical artifacts.

Interestingly, these preservation efforts on the island of Nantucket began back in the mid-19th century when the whaling industry, which was the leading industry on the island, was abolished. Then, when oil was discovered and the Gold Rush in California was happening, the residents and authorities alike became interested and dedicated to preserving the historic charm of Nantucket.

The island used to be called “the whaling capital of the world,” but after the halt of the whaling industry, it suffered an economic downfall, and many residents left in search of other jobs. But fortunately, the economy was restored on this mythical island. However, with it came the desire to find and use the proper tools for preserving the historical charm through education and actions. One of the leaders in this mission is the Nantucket Preservation Trust which provides valuable resources for the homeowners on the island.

In 1975, the island of Nantucket was listed on the National Register of Historic Places in the USA. The listing is for two of the central historic districts on the island, namely the historic downtown district in the town of Nantucket and the enchanting village of Siasconset (aka Sconset).

The island of Nantucket and its pristinely preserved historic architecture is a perfect destination for history enthusiasts who want to view and come into contact with over 300 years of American history and heritage.

These sites include historic mansions, shingle-style cottages, lighthouses, old buildings, cobblestone streets, and the waterfront. But also, it is the Native American encampments that survived mainly due to the isolation of the island and the local efforts, providing an even more complete historical story and package.

The Nantucket Historic District Commission has been working continuously through the years to help preserve this unique character of the island. This, though, does not mean that Nantucket doesn’t have the most modern developments in its infrastructure, including schools, shopping areas, a hospital, and oil storage tanks. But all are planned and constructed in compliance with the authorities’ regulations for preserving the historic look of Nantucket.

This Commission is also in charge of preserving the island’s wildlife, including the beaches, landscapes, ponds, moors, and swamps. Thanks to these efforts, the nature of the isle remains almost untouched by human intervention and looks just like it used to during the heroic whaling years and the agricultural past of the people on the island.

The waterfront and 80 miles of beaches are immaculate, well preserved, and not developed like many other East Coast destinations.

The Nantucket Historical Association was established in 1894 as a nonprofit cultural organization and is in charge of ensuring the historic preservation of the island. This association has been focusing its efforts and funding on preserving the historic structures and providing access to them for all members of the public.

ACKlimate Nantucket is a public-private partnership supporting holistic and innovative approaches and other ways to address climate change, namely the rising sea level, which is especially worrying for the community on the island.

The federal government provides various resources for adapting the properties and buildings to cope with rising sea levels and avoid the damage to them caused by the saltwater.

Some of the recommendations include implementing native plantings, rain gardens, elevating, and installing wet floodproofing, which is historically sensitive, to mention just a few of the measures offered by the federal government.

Interestingly enough, it is not the local preservation efforts for keeping the historic appearance of the island authentic which is the only factor that has kept Nantucket so authentic.

The combined efforts of the local authorities, organizations, and the community began in the 19th century to attract tourists and vacationers and reinstate Nantucket as a popular and desired destination. Thanks to these efforts, today, the island has this typical American appearance.

The National Historic District ensures that there is a perfect balance of modern preservation efforts and the conservation of the historical past to entice tourism in Massachusetts.

Why You Need Loft Insulation To Keep Your Home Comfortable

The Best Ways To Style Your Home Before Selling