Home Do it Yourself How To Remove Stuck Angle Grinder Disc 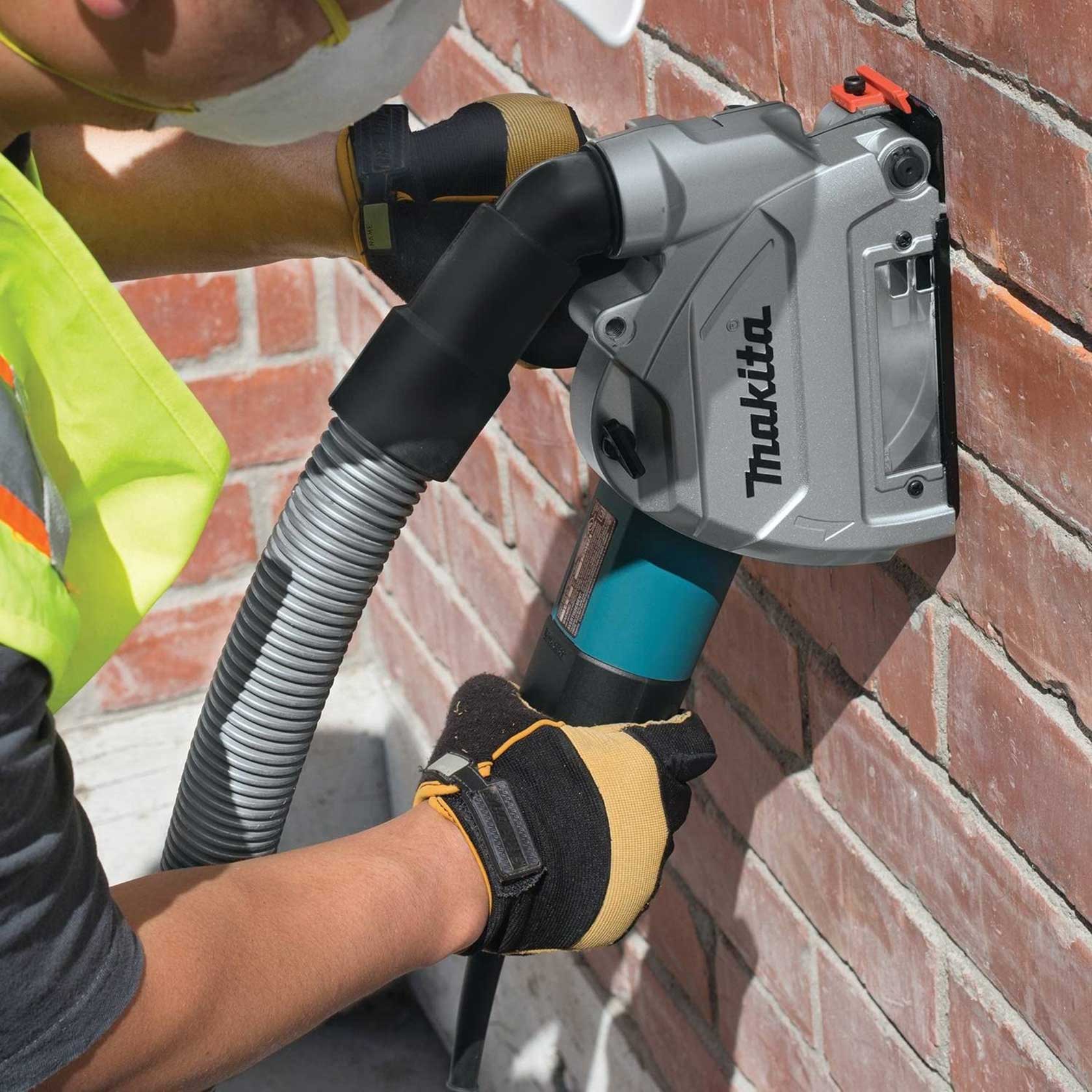 It might be a little daunting for you to remove the stuck angle grinder disc if you are not familiar with the steps that are essentially involved in doing that.

It is indeed a general question as to how to remove stuck angle grinder discs and has caught the attention of many.

It is even more prudent to imbibe this article and gain a fair view if you’re a beginner.

It might even become a little confusing to either remove or mount the angle grinder disc if you cannot do it seamlessly.

This specific task warrants a slight touch of expertise since it is an unsophisticated task that can be dealt with easily.

You have to incorporate the right tool to remove the stuck angle grinder disc and get the job done without much hassle and efficiently.

There are ample ways to remove the stuck disk successfully; it solely relies on the fact that the kind of tools that you currently have at your disposal.

But it also might happen that you didn’t get the keys while purchasing your used angle grinder. So again, there are multiple ways to deal with it.

Furthermore, there might also be a situation where you got an angle grinder from one of your acquaintances, and you didn’t get the wrenches. You need not fret anymore since this dilemma will also be addressed profusely in this information set and everything you are supposed to know.

Below mentioned are some of the predominant tools that will be required in removing jammed angle grinder disc seamlessly:

Step 1: Make Sure To Disconnect The Power Right Away

An absolute vital reminder regarding angle grinder safety should not be overlooked whatsoever. You are supposed to make sure that the power is turned off in such circumstances.

It will eliminate any possible chances of injury or any unfortunate event that can easily be avoided with a sheer presence of mind. Safety is pivotal, and you should proactively disconnect the angle grinder power source. As far as the corded angle grinder is concerned, unplug it from the wall outlet.

In case of those angle grinder that is cordless, you can easily detach the battery from the tool. When you remove the battery, the tool becomes significantly lighter in weight, making it easier to handle. Now, you can change the angle grinder disc or blade wobble without any complication.

Two angle grinder wrenches come with a new set when you purchase a brand new grinder. Now, there is a stark distinction between these two wrenches that you just got.

One of them gives a semblance of a two-prong fork, whereas its counterpart looks like a regular standard wrench. There is a profuse amount of relevance attached to these two removal tools of angle grinder disc.

How to figure out the way to use the spanner? Below are two easy ways that you can use to get the job done efficiently.

At first, you are supposed to identify the two main holes located between the disk and the angle grinder. Right when you have identified these two holes, prongs are to be inserted into them.

Then, you can easily secure the bolt at the bottom of the disk by using an angle grinder wrench spannly turn a pronged spanner. It will be done in the direction which will be opposite to the disk arrow’s direction.

Your side grinder might also have a button that will keep the disc at bay.

Now, you are already halfway through getting the task done. To make the disc come out of the grinder, keep turning the angle grinder stuck nut which will push the disc further.

Step 3: Improvised Spanners Will Deliver A Much-Coveted Help To Remove The Disk

You need to ascertain that vice grips are not loose and securely attached to the bolt held in the disk. It will help you drive the bolt, and the subsequent process will be easier if you fulfill this requirement.

You can easily prevent the unwanted spinning of the disk if the vice grip is in its place. It will hold the disk steady and intact in its position.

Here, you might feel that this process is somewhat hectic and complicated to the most extent. But it is not so; matter of fact, it can be done simply with a precise approach.

Right after you have fulfilled the point mentioned above, now you will need your screwdriver. There must be a hole between the disk and the angle grinder motor; insert the screwdriver into that hole.

Now, you are supposed to pull the screwdriver, but it has to be done in the direction opposite to the arrow disk’s direction.

There is a definite chance that the disk has loosened at this point. But there might be an isolated incident that might not loosen, so use some additional force to turn the screwdriver. You can also use a hammer in this situation to loosen the disk and force the screwdriver to turn.

Step 4: Detach The Old Disk And Insert A Brand New One

The majority of the work has already been done by this stage. Use your hands to remove the disk easily after it has loosened.

Now, you are required to put in a brand new disk utilizing the similar technique mentioned above. The drive bolt will receive a new disk and place the disk in the same manner as the previous disk. It is extremely important to place the correct disk for a specified angle grinder.

In case that you are not quite sure which disk has to be inserted, you can resort to another option. Of course, you can always carry that old disk you just detached and take it to the shop to obtain a precise disk for the grinder you use.

Now, here is the last thing that you need to do after you get the correct disk. Just hand-tighten the disk, and it has to be done in the opposite direction to the previous one that just got detached.

So, these are some profound details that you need to incorporate while removing the disc from the angle grinder.

The lingering question of how to remove stuck angle grinder disc is explored profoundly here. These are the simple steps that can help you save a good amount of hassle and frustration. Just follow them closely, and the disk will be removed in no time.

Why Are Angle Grinders Dangerous?

Angle grinders are undeniably the kind of tool that makes the job a lot easier and time-efficient. It serves the utmost speed and efficiency, but these tools can be equally dangerous if not handled with careful precision.

Accidents occur in an instant and can cause tremendous damage within a blink of an eye. Kickbacks can lead to critical and jeopardizing cuts. There is always a lingering possibility that discs can go haywire and shatter and might eventually disintegrate. It is no less than a nightmare since; disintegrated parts produce fragments that can go straight into the operator’s eyes.

It might even turn fatal if the disintegrated fragments affect other body parts, including the eyes. So to prevent any catastrophic injuries, 9-inch angle grinders have already been done away with.

Such angle grinders have been banned on most work sites since they were fraught with danger and risk to life.

It must be noted that the size of the unit, as well as increased power, triggers significant gyroscopic effects and kickbacks. Therefore, a precise and careful risk assessment should be conducted to figure out the alternative methods and tools before choosing 125mm angle grinders.

The operator is also required to resort to protective equipment highlighted below:

Comfortable gloves that provide a firm grip over the tool

You might say that my grinder blade is stuck, and the way out of it is intricate and complicated. Well, this article has addressed your dilemma holistically now. You have to carefully assess the problem and see if the lock nut stuck on the grinder is the only problem or there is more to it.

However, it requires a significant level of precaution that will help the operator remove the disk effortlessly.

The process of disassembly and assembly of the latest disc can be done anytime, but the precautions should not be overlooked in any circumstance. Remove the disc only when the angle grinder is turned off, or the power is cut as it has already been expounded in the above points.

The operator must only use the angle grinder when the disc in it is in perfect condition. If the disc, in some cases, is bent or damaged or even too small, replace the disk before using it. Also, make sure to install the disk in an appropriate direction and always check its tightening.

Why Italian Furniture Is A Dream For Any Household?

How To Liven Up A Bland Room