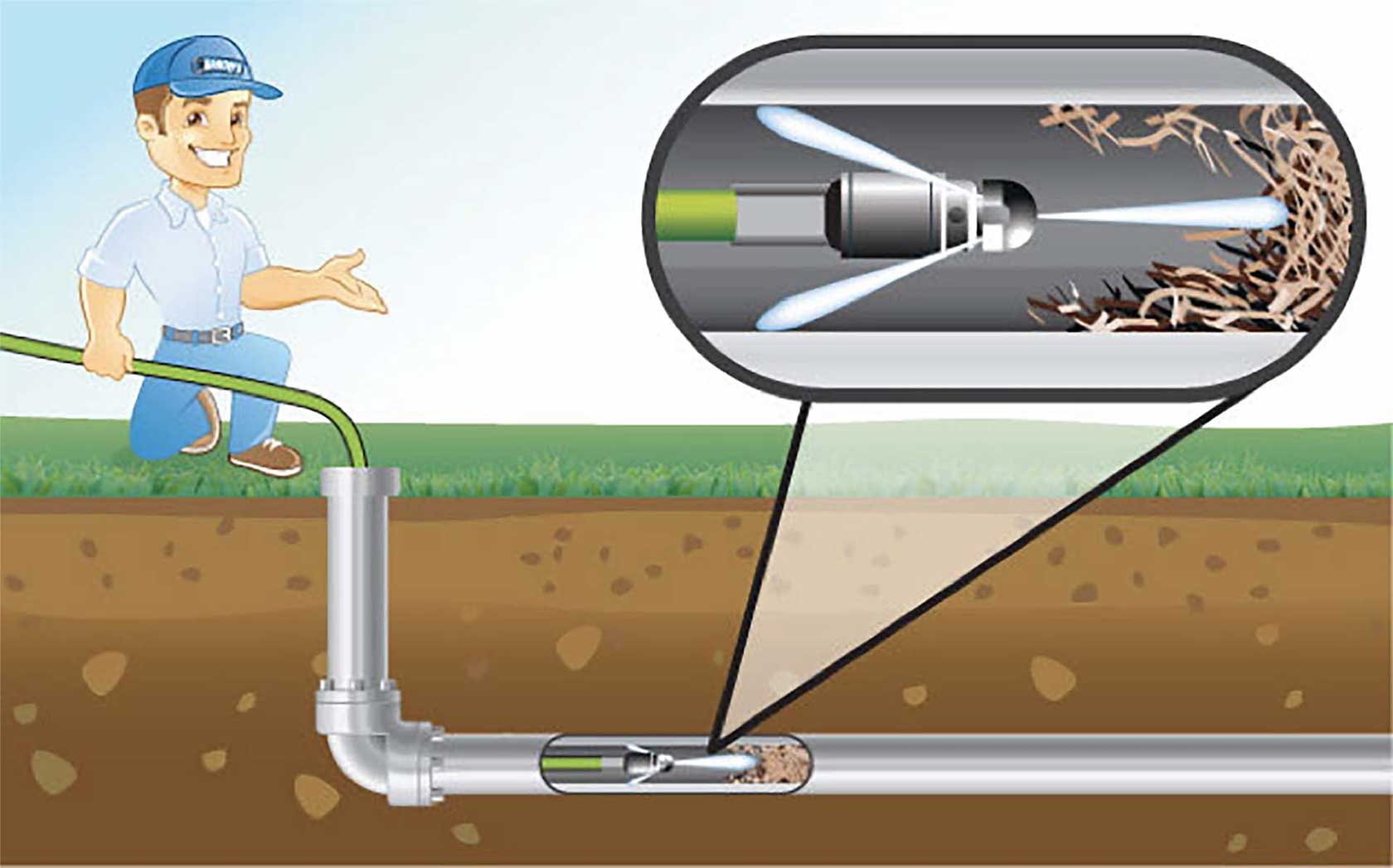 Have you ever seen a hydro jet in action? It’s satisfying to see the pressure stripping gunk and grime from pipes. Hydro jetting is so powerful that it’s the only reasonable way of getting rid of stubborn clogs. There is no question about its effectiveness.

The only question worth looking into is if it is, “Is hydro jetting safe for old pipes?”. Hydro jetting experts use nozzles of different sizes on old pipes. Old pipes are likely to have damage, which could worsen when pressurized water from a hydro-jetting system.

Since the pressurized water is quick, it is typically the best solution when cleaning old pipes. Certain factors have to be considered before considering hydro jetting for old pipes. One of those factors is damage and stability on an old pipe.

Handling hydro-jetting calls for professionals from places like Clover Services. Experts there know the precautions to take when handling a hydro-jetting system. Also, a CCTV video inspection directs experts on whether or not to use hydro jetting.

The Process Of Hydro Jetting

Hydro jetting a sewer line typically takes a few hours. Things like the size of the obstruction and the location of the pipe impact how long the process will take. It is more effective than snaking since the multiple jets of pressurized water break up debris.

An inspection of the pipes reveals if hydro jetting is a safe option. In the inspection process, a plumber assesses the condition of a pipe using a video camera.

If the pipe is too old and compromised for hydro jetting, then other measures have to restore the integrity of the pipe. The inspection also allows professionals to identify the agents clogging a pipe to draft a way forward.

Application Of A Hydro Jet

Applying a hydro jet involves inserting a hose connected to a water tank into the pipe. The hose has a design that allows it to withstand high pressure.

Water from the tank comes out at a pressure of not less than 3000psi. The pressure ensures that about 20 gallons of water get delivered.

Natural gravity is the primary acting force in hydro jetting. The process uses this principle to pull wastewater out. An expert positions a hydro jetting tool in a system’s downstream position and then moves upstream through the systems.

There are nozzles of various sizes with different designs. Some nozzles have a wider back spray suitable for dislodging roots, and others are designed to get around corners. Others are suitable for descaling the pipes.

A nozzle that can blast water at 360 degrees delivers water with force enough to dislodge matter stuck on the pipe walls. There is also a vibration mechanism in the nozzles, which helps smash obstructions. Eventfully, the debris moves down and gets flashed out.

Advantages And Disadvantages Of Hydro-Jetting

Is hydro jetting safe for old pipes? To answer this question, you need to consider the benefits and drawbacks of hydro-jetting.

First up are all the positive aspects of hydro jetting. Let’s find out why it’s worth considering in the first place.

Water pressure in a hydro-jetting system reaches 3500 pounds per square inch. It is enough force to cut through stubborn clogs without missing. It’s especially more effective if you know the right nozzles to use.

Hydro jetting is a noninvasive cleaning procedure in addition to being a thorough cleaning approach. There is barely a need to dig to reach the clogged pipe. To clean it, an expert merely needs to run the nozzle through it.

The primary components in hydro jetting are water, the system, and pressure. It is a process that lacks any chemical components making it safe and eco-friendly. Water sources near the pipes undergoing cleaning are hardly affected by waste runoffs from the process.

Your space is also safe from contamination during hydro jetting since debris does not invade your space. It all comes down to the speed and pressure of water from the system, which reduces the chances of contamination.

Hydro-jetting clears everything, unlike other pipe unclogging alternatives that only poke holes in obstructions. Such methods, such as snake plumbing, do not completely clear clogs but only work to create space for wastewater to flow again.

Hydro jetting goes all the way to clear everything. For this reason, its application is suitable for both residential and industrial settings. Its effectiveness is not limited.

You have a chance to save money if you choose hydro-jetting to clear your pipes. It is fast and highly effective, ensuring that you dot have to pay for pipe cleaning services soon.

There is no denying that hydro jetting delivers beyond expectation. Still, there are a few drawbacks with hydro jetting this you can’t overlook, such as:

Some old pipes have severe breaks and cracks. The pressure exerted by water jets from hydro jetting can easily penetrate those cracks and cause bigger problems.

Before hydro jetting, examining old pipes is required to check their stability. The old pipes that have reached a certain age are not suitable candidates for hydro jetting due to potential damage.

Hydro jetting is dangerous, and you can’t do it yourself. You have to hire professionals who will inspect the pipes and decide which nozzles to use.

Sludge and mineral build-up in your pipes can sometimes have a firm grip, which can weaken on pressurized water jets. Old pipes need a cleaning alternative to leave them intact without further damage. Are you still wondering, “Is hydro jetting safe for pipes?”

There are plenty of reasons why hydro jetting is safe for old pipes. One of those reasons is that it doesn’t require the use of chemicals that could damage the pipes. But then, only professionals can make the hydro jetting cleaning process a success.

Leaky Pipes: What Kinds Of Household Pests Are Attracted To Them?

7 Tips For Choosing A Reliable Plumbing Contractor In 2022