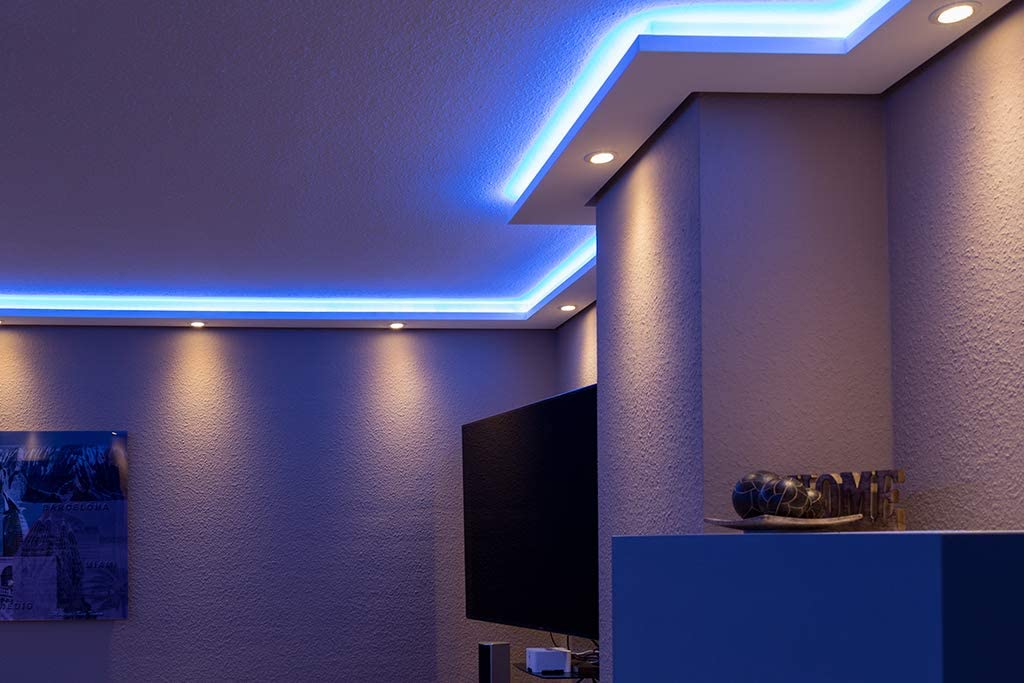 LED lighting has undergone a lot of development since its introduction. New LED technologies have become more cost-effective and compact. When selecting the right LED lighting option for your project, you must understand the different types of LED chips.

Certain LED chips are more appropriate for specific applications. So if you want to ensure that you choose the right LED technology, we recommend that you keep on reading. In this article, we will discuss the two most common LED chip types used in LED lighting products – COB and SMD.

These chips are recent developments in LED technology. They use multiple diodes, normally at least 9, fused on a Printed Circuit Board (PCB), and packaged as one lighting module. With this design, the chip occupies less space while providing uniform and multi-directional lights.

COB LEDs look like lighting panels instead of separate lights when you light them up. They provide brighter lights per square inch compared to traditional light bulbs because they contain more diodes.

Advantages of COB LEDs include the following:

COB LED lighting options are often used to replace old halide bulbs in high-bay lights. They are usually found in industrial applications such as delivery bays, warehouses, factories, and loading docks. They are also used in high-power track lights and downlights.

SMD LED lighting options produce higher lumens compared to traditional LEDs with less power consumption. They are smaller, have flatter designs, and longer service lives. With the use of RGB diodes, they can produce around 16 million colors, which are perfect for applications requiring more flexibility. They also do not require that much maintenance.

SMD chips are mounted on circuit boards, which allows for a more versatile design because a single chip can contain multiple diodes. They offer superb brightness and have the ability to produce color-changing lights. Their main applications include the following:

Moreover, SMD chips come in different sizes, which are identified by 4-digit numbers. Below are the most common SMD chips in LED lighting:

SMD 3528 LEDs are medium output lights usually used in low-power LED strips. They use a single diode that outputs around 7 lumens/chip, which can produce smooth, bright lights. Since they emit less heat, they are safer compared to halogen lamps. They are also highly reliable, with maximum service lives of 50,000 hours. They are available in various colors, aside from warm white and cool white.

Moreover, SMD 3528 LEDs are usually used for accent or feature lighting in environments like hotels, bars, restaurants, and homes. They can be used to light stairs and under cabinets. You can also use them as plinth lights or cove lights.

These are also called tri-chips because they contain three diodes per chip (red, green, and blue). They are used to create high-power LED strip and tape lights that are three times brighter compared to SMD 3528 LED lights. Some are even available in quad chip designs with the addition of a warm white or cool white diode. For multicolored 5050 LEDs, you will need an RGB controller to control the LED’s brightness and colors.

Applications of SMD 5050 LED lights include bright accent lighting, custom neon signs, cove lighting, and task lighting in businesses and homes. They are also appropriate for club lighting and bar lighting because of their powerful lights.

Although SMD 5630 chips are smaller compared to SMD 5050 chips, they produce lights with greater intensity (up to 50 lumens/chip). There are a wide array of applications for SMD 5630 LEDs which include the following:

Aside from COB and SMD chips, other LED chips are currently being developed. As the need for more efficient LED lighting increases, newer manufacturing methods are being employed to produce brighter LEDs that consume less energy. So before you buy LED lights for your use, make sure to familiarize yourself with your various options.

DIY vs Pro-Installed Solar Panels: What The Difference?