Home Garden Petrol Or Electric Chainsaw? Which One To Choose?

A chainsaw is one of the essential tools that are required around a household for felling trees, trimming branches and fences, etc. however, most people make the mistake of choosing the wrong type of machine and end up being disappointed. It happens because you don’t understand the brands and specifications well. Two types of chainsaws are available: petrol chainsaws and electric chainsaws, and both have their advantages and disadvantages. 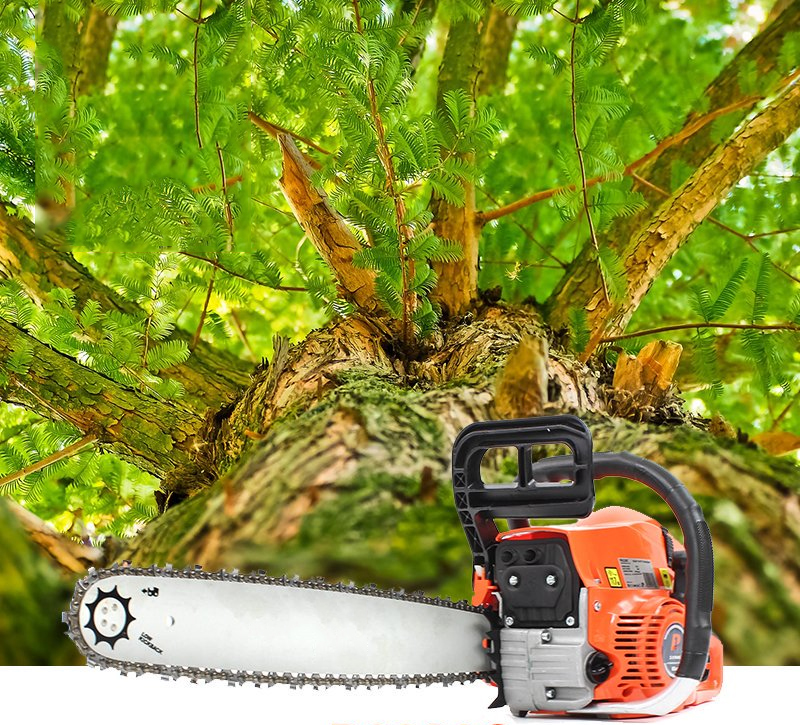 These saws are light and prevent tearing during the use. They are available in basic versions with chain quick tensioning and ergo-start for a jerk-free start.

They have an impressive performance rate and are very lightweight. They are also designed to work in harsh conditions. Their models have chain quick tensioning, heated handle, quick stop, and super chain break.

They are robust and can be used for many activities. Their models are available with chain quick tensioning, ergo-start, and chain brake.

Powerful: Petrol chainsaws are inbuilt with two engines and longer blades. It makes their work neater, and they can cut through trunks of trees with ease.

Cordless: they do not need to be plugged into any power source, thus making them portable and easy to work with. They can be used in areas where electricity does not go through.

Can handle any work: with a petrol chainsaw at home, you are guaranteed that it can handle any job that you want.

Average users will find it too powerful: to operate a chainsaw, you must have experience and strength. Petrol chainsaws are large and cannot handle with inexperience. They will tire and bore an inexperienced user.

Difficult fuelling: for one, after fuelling the chainsaw, you have to give it time to cool down. That means that if you were working on a job, you have to stop, fuel it then let it cool. Fuelling is also another difficulty. Imagine lifting a jelly can full of petrol and pouring the petrol into the tank of the chainsaw. The other problem with fueling is that you have to balance the level of petrol and oil to avoid choking, which will make starting it difficult.

Difficult storage: before storing this saw, you have to cool them down and empty the remaining petrol and oil. You should also remember to cover its blades after it cools down. It should be stored upright in a cool and well-ventilated room. It makes it last longer and prevents damages such as rusting.

This type of saw will favor a person who is in the business of, for example, felling trees or whose work isis in an area where there is no electricity. 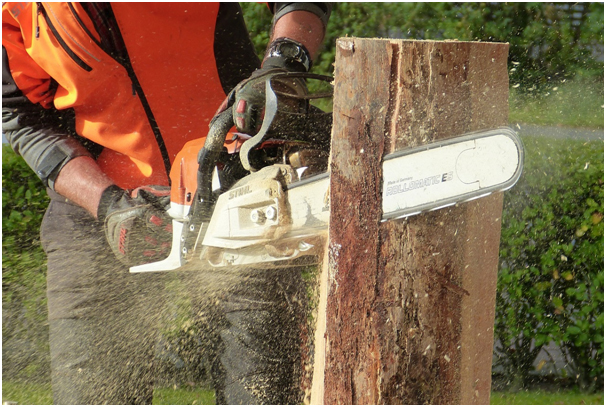 Electric chainsaws use a power source and produce minimal or no noise. They can be used for forestry, agricultural and horticulture, and compound maintenance.

Manageable operation: this machine, at its minimum length, is 38cm. It is small in its design and has fewer power units making it easier to use even without experience with chainsaws or having to apply that extra muscle.

Easy power-up: to turn it up, all you have to do is flip a switch after plugging its cord into a power source. Electric chainsaws operate just like any other home appliance like a blender, coffee maker, etc.

Easy storage: it has fewer processes to follow before storing it. Electric chainsaw needs to be unplugged from the power source, and then the blades are cover. It can be stored anywhere, as it does not require a lot of space. It can even be stored in the storage room on other gadgets.

Less noise: the engines of this saw are noiseless and thus favorable for environments that sound is not desirable.

Less power: because of its fewer power units, this machine cannot handle any job it comes across. For example, it will find it hard cutting through the trunk of a tree. It is, therefore, preserve jobs that require less power like trimming trees and branches.

The cord: the cord used to connect them to the power source limits the range around which the saw can be used. It can also mean that you might need to add an extra extension outside the house. The cord poses a risk of cutting it as you are trimming, and thus keep in mind the existence of the cable. There are electric chainsaws that do not have the cord, but they require you to remember to charge them. In case they run out of charge in between a job, you will have to wait for at least an hour and a half before they can power up again.

If you are going to the market in need of something that will only be used a couple of times in a year like on Christmas to cut down Christmas trees, a cordless electric chainsaw would be favorable. It is also desirable for a parent who has children, and noise is not an option.

Going to buy a chainsaw, people seldom make up their mind about which brand to prefer. If you don’t know which to choose, keep your eye the most famous manufacturers of the chainsaws: Stihl and Husqvarna. Stihl is a German company, whereas Husqvarna is a Swedish. A battle Stihl vs. Husqvarna is everlasting, but still, among them, you can choose the chainsaw model that will fit your needs perfectly.

If you are an amateur or inexperienced person, you’d better watch over the Stihl chainsaws, for they have both electric and petrol models.

If you decide to buy a chainsaw, you should put into consideration certain factors such task involved: storage space needed, the market demand, and the skills necessary to operate the machine.

Vinyl Vs Steel French Garden Doors: Which Type To Choose?

8 Steps To Take If You Want To Study Landscape Design

There Is A Place For Tree Grates In Modern Cities