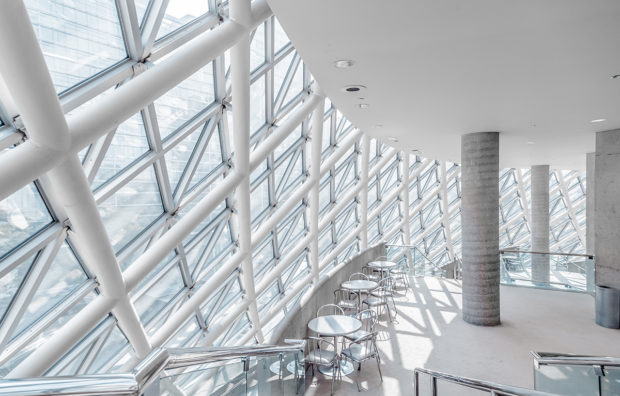 Until recently, capturing aerial photographs of a region or place could only be completed with a plane or a helicopter. As you can imagine, this was expensive! Changes in technology have made it easier for architects to create accurate depictions of particular areas, whether for construction projects or research.

So what exactly is photogrammetry beyond its definition? This technique has been around for years now, but new technology changes the way photogrammetry is conducted. Before, a camera was attached under a plane or helicopter and was pointed towards the ground. Now, it’s common for drones to be used in larger projects where aerial photos are needed. Several photos are taken through many passes of the area.

How is Photogrammetry Used?

Now that you understand how photogrammetry works, it’s time to discuss its use today in architecture. It is basically used in all aspects of architecture from start to finish! As technology continues to advance, there are even more uses of photogrammetry for architects and other professionals.

Site planning relies on thorough measurements to create an accurate design. By stitching maps together in 3D renderings, photogrammetry can help architects understand the area before building. Having a clear, accurate rendering will help decide important design elements before the design phase.

When building a new project, there are a lot of decisions to be made. Some common decisions include building orientation, size, and general layout. These decisions are made much simpler when designed in an accurate visual rendering. Architects have room to try new things and experiment with different ideas in a safe virtual space.

A visual rendering of the building design is useful not only during the design process but also after construction. Monitoring the construction process is easier when there is a clear reference that is easy to follow visually. The construction progress can be seen in real-time with the help of architectural photogrammetry software.

Finally, visual renderings are a valuable asset in marketing and promotional tools. When selling large projects or attracting investors, a visual rendering is a great asset. By telling the story of the project through a visual rendering, it’s much easier to sell the idea of a place! Photogrammetry software can even add realistic environments to surround a building or project, which can help create a clear vision of a space that isn’t yet completed!

The Future of Photogrammetry

While computer software will never replace great architects and designers, it is still a testament to the growth of technology in this industry! The realistic renderings available thanks to photogrammetry are helping the industry advance and grow. Using photogrammetry is a great way to boost marketing potential while keeping costs low. The entire community can benefit from photogrammetry software and technology! In the next few years, photogrammetry is expected to become more prevalent across industry lines!

Mistakes A Seller Should Avoid When Selling A Home

How To Sell Your House On Your Own And Save Thousands Of Dollars?