Everyone goes on mumbling from time to time about some building or massive edifice, declaring it to be one of the architectural marvels. I personally never got the real meaning behind it or the emotions by which it was said. But bumming into the Prince Felipe Museum of Science, everything from the feel of the statement to its coherence dawned automatically upon me. Despite being a novice, I knew that what I was looking at was nothing but the best showcasing of the brightest minds on Earth who have unimpeachably imprinted the blueprint of their thoughts out in real for the world to witness its staggering beauty. 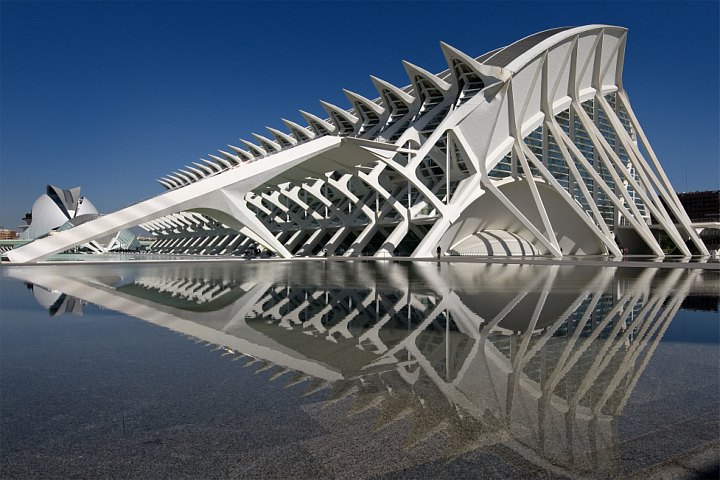 The Prince of Felipe Museum of Science is a famous, one of the most important attractions of Valencia, Spain. It constitutes a crucial part of the Arts and Science arenas of the city., available on the other side of Calle Luis García Berlanga. The brilliant mind, who is the architect of the entire edifice, is known to the world by the name of Santiago Calatrava, constructed when Fomento de Construcciones y Contratas and Necsoin came in a joint venture. Opened to the general public of Spain in 2000, the structure spreads over a geographical area of 40,000 square meters.

After giving a brief introduction, let’s dig further into its architectural aspect. Well, there are many to consider when viewed through different lenses. To start with the magnifying lens, if I may, the structure represents the skeleton of a whale when viewed from outside in totality. From structural makeup, it could be divided into four massive parts.

This building resembles the eye of a whale whose eyelids open to the side of the water. The planetarium is a semi-sphere of floors made of glass to give the feel of the eye being a whole, with 110m of length and 55.5 meters in width. Concrete arches support the roof, while the aluminum brise soleli forms up the foldable eye socket.

This is the carcass of the whale covering 40,000 square meters in a total of 3 floors. Starting from the entrance, the doors are embarked with giant triangular sections, the north and south facades are formed of glass, and the main structure is a modular construction of transverse sections that duplicate themselves in length. The unique feature governing this section is the concept where the architect has stuck himself to the linear drawings of the skeleton to resemble the ribs of the whale. Lots of strong linear pillars arranged in a semi-spherical, zig-zag fashion provide strength to this building and account for its “wow” factor. 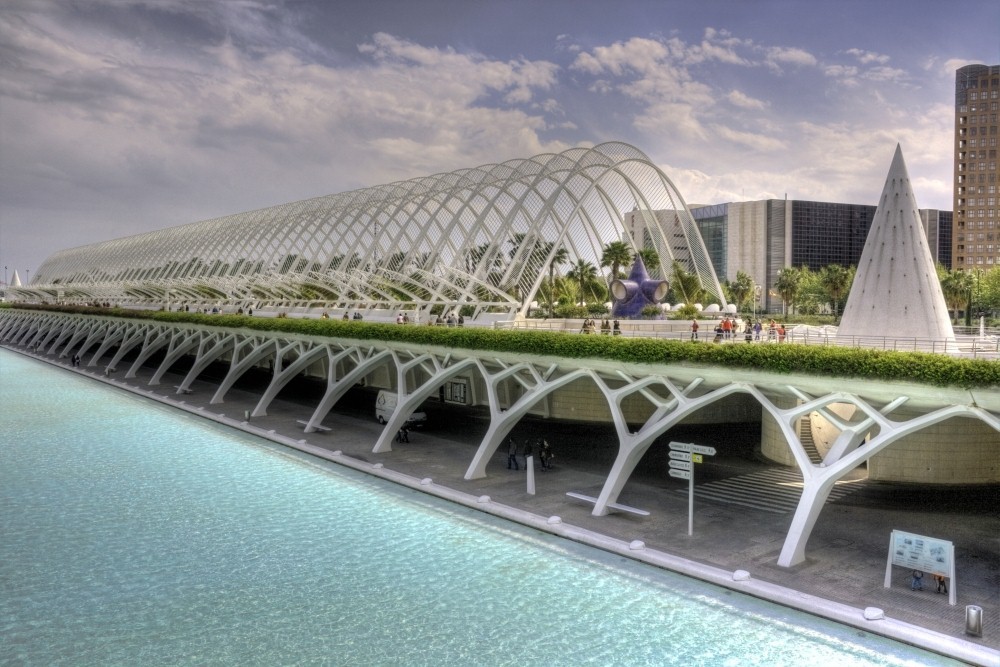 Located on the south side, this is a path of 320 x 60 meters in dimensions, inclusive of over 55 fixed arches and 54 floating ones at the height of 18 meters above the ground. 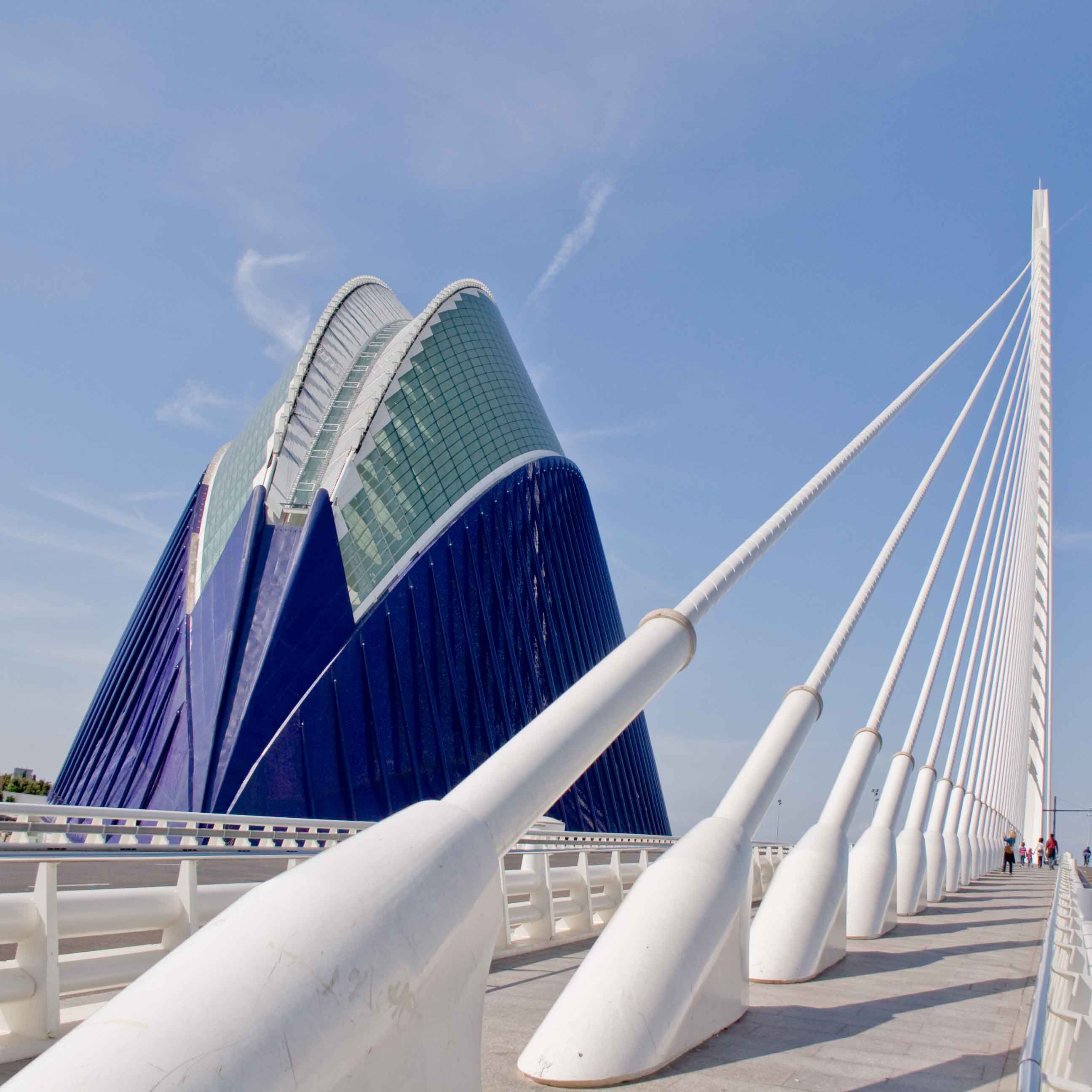 This part is a bridge suspended from a height that joins the southern end with the Street of Minorca, comprising a 125-meter high pillar, the highest point in the city.