Home Furniture Chairs & Sofas Relax And Sit Down: A History Of Sofas And Armchairs

The Evolution Of Furniture From Antiquity To The Present Day

The first chairs, richly decorated with carvings and precious metals, appeared in Ancient Egypt and Mesopotamia and were available only to pharaohs, kings, and nobles. An old specimen has survived to this day – the chair of the ancient Egyptian pharaoh Tutankhamun, who ruled in the XIII century BC. This is a throne made of wood, trimmed with gold, decorated with mosaics. Armrests are made in the form of walking lions. This ancient chair looks quite familiar: the seat, back, legs, and armrests. 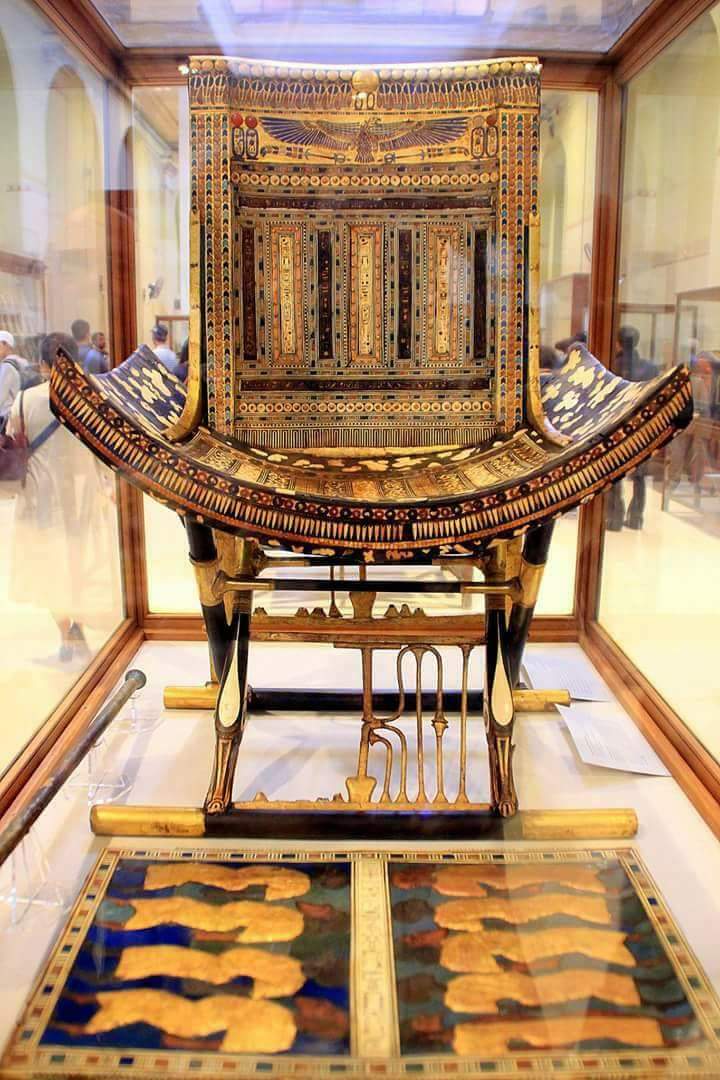 As for sofas, the Middle East is considered their homeland, and the term “sofa” is of Persian origin. Initially, the “sofa” was a room for government meetings. In it, among the carpets and numerous pillows, decisions were made, and destinies were decided. Later, rooms for receiving guests in private houses began to be called “sofa,” and then the usual soft sofas with a back had this name.

In Rome, it was customary to feast on couches with many cushions made of marble, wood, or bronze. Tables with drinks and food were placed at the head. The wealthy nobility happily spent their days indulging in pleasant conversations with guests.

The inhabitants of Ancient Rome also had chairs covered with fur and fabric. And the invention of the curule chair in the form of a folding chair without a back is a merit of the Romans. It was made of ivory, metals, or marble. During the fall of the Roman Empire, they almost disappeared from use: it became very rare to meet them.

Julius Caesar had his curule chair in ivory and bronze, which was carried everywhere with him.

In the Middle Ages, armchairs continue to be a symbol of status and privileged position. They are made of ivory, metals, and wood for the ecclesiastical and secular nobility. Pillows were placed for comfort. 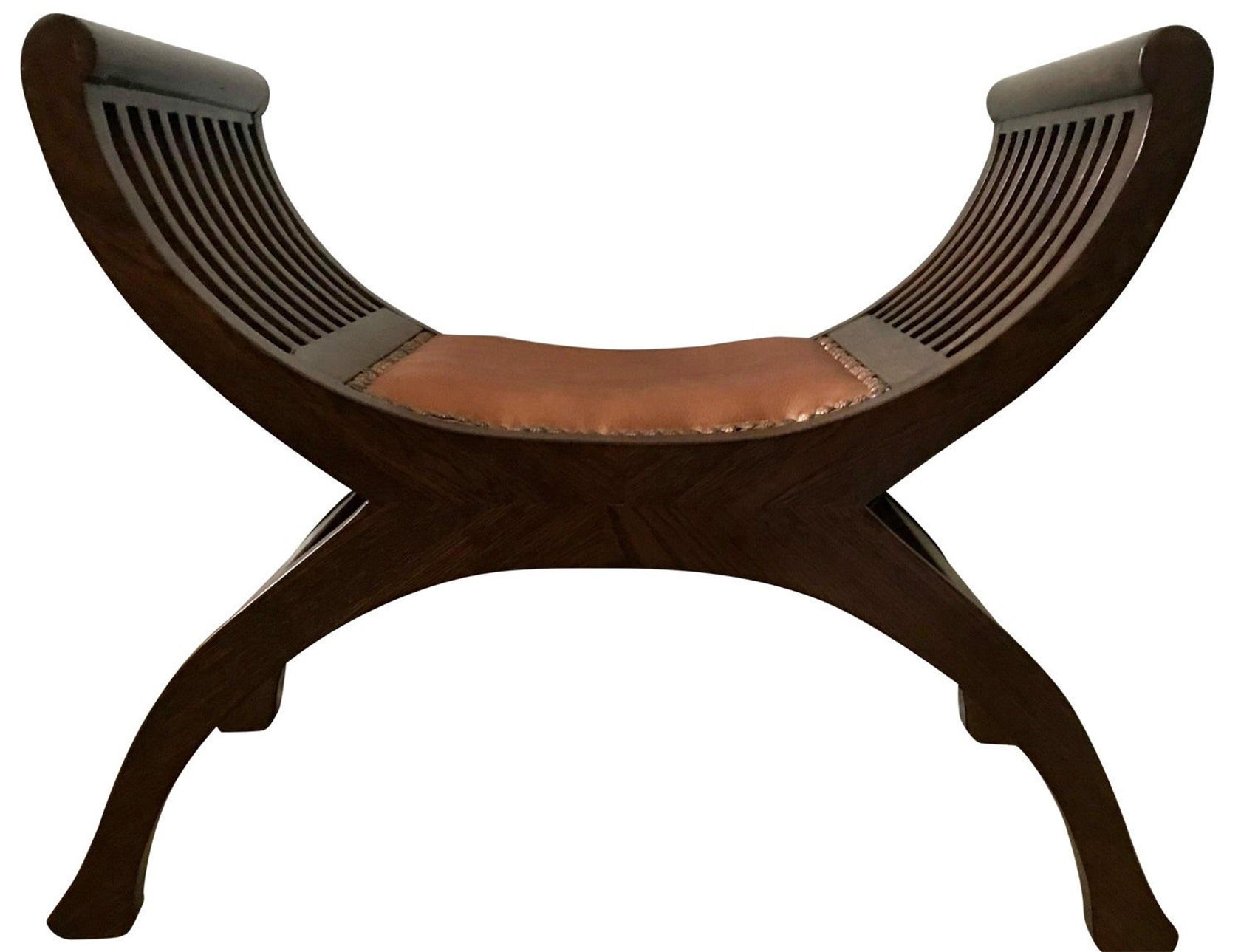 The 16th century became significant not only for world history but also for the popularization of armchairs. Production expanded, and the wealthy townspeople, along with the powerful, could afford the luxury. The chair, in part, has lost its sacred meaning. It has ceased to be the prerogative of the rulers and those close to them from now on.

It was in the 16th century that leather chairs appeared in Holland. Their mass production began with soft upholstery – they quickly became widespread. In France, armchairs became a field for the activities of artists and very soon turned into real works of art: pillows were used for seating, and the frame was upholstered with expensive overseas fabrics (Chinese silk and velvet). Skilled woodcarvers made the best examples. The bends and shapes of the backs, armrests, legs changed new design ideas, and in the Rococo era, the art of masters in this area reached its prime. After all, this is a time of luxury and rich decor.

In the second half of the 18th century, classicism became a new cultural trend and influenced the design: the backrest became noticeably separated from the seat.

In the 19th century, braided patterns became popular in Great Britain. They were mostly used by noble people with established titles. 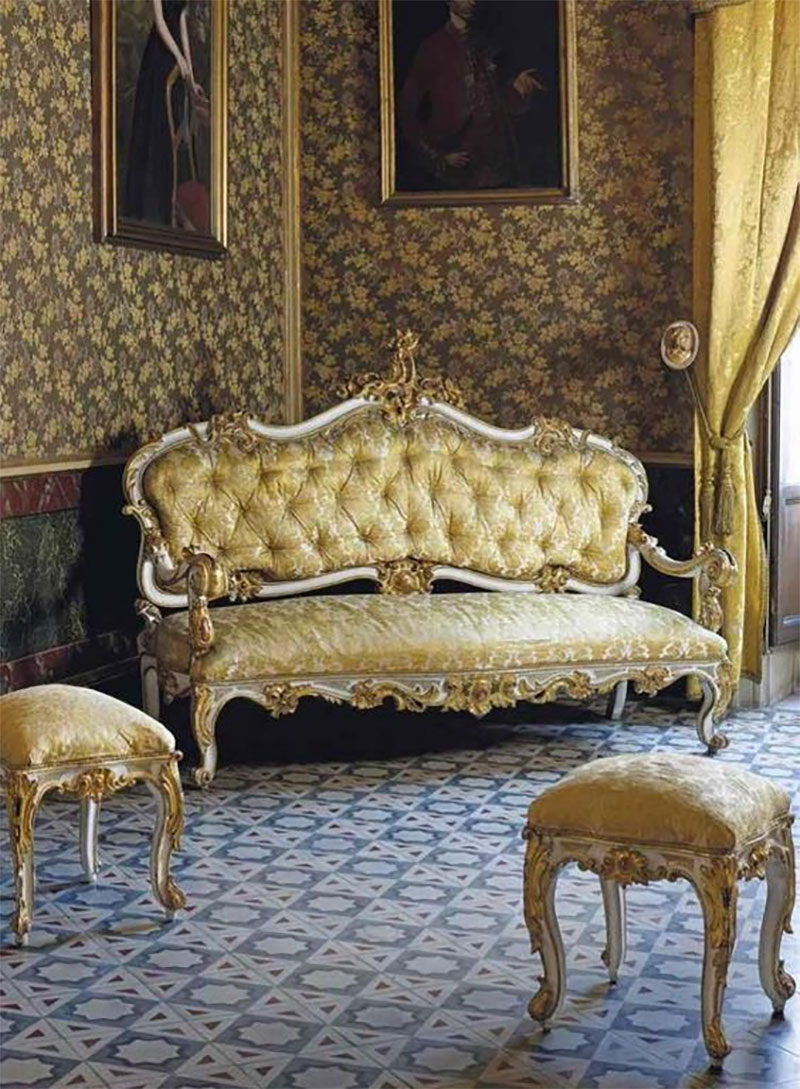 The European fashion of the 17th-18th centuries, which included corsets and sophisticated toilets, did not lie down beautifully and comfortably sit on the sofa. Therefore, Roman sofas did not take root. But couches and canapes, on which you can gracefully half-sit in a tightly pulled dress, quickly found their place in secular houses.

The world’s longest sofa, included in the Guinness Book of Records, was made in Russia, in Saratov. Its length was 1 kilometer, and it can accommodate 2.5 thousand people at the same time.

In the 20th century, the industry was experiencing a sharp leap in development. In the design, special attention is paid to convenience and ergonomics. During this period, many unique designs appeared to match the anatomical features—one of the main trends in the popularity of metal structures and then leather trim.

Swedish doctor Bent Akerblom has created a comfortable chair that considers the anatomical structure of the human body. He found that the distance from the seat of the chair to the waist is always 22-23 cm, regardless of the person’s age and gender. In this case, the shoulders and shoulder blades rest on the back, and the lower back remains tense. The chair invented by him helps the spine avoid unnecessary stress and assume a natural S-shaped position.

The most expensive steel sofa in the world, made by Ron Arad, costs over $ 300,000. But using it for its intended purpose is not very convenient.

The sofa offers a relaxing pastime – comfort for it is an essential characteristic, but a lot of attention is also paid to the appearance. Perhaps the most spectacular sofa of the 20th century is the sofa-lips of the genius Salvador Dali. The shape of the sofa follows the shape of the lips of the controversial and sexy Broadway star Mae West, which Dali extolled.

Sofas and armchairs, so common today, were available only to a select few centuries ago. They changed and passed their new evolution. Outstanding artists and designers have designed these common interior items, giving intricate shapes to the backs and armrests, inventing unusual fabric textures and memorable patterns. Today everyone can feel like a little king, comfortably seated in their favorite chair.

Nowadays, sofas and armchairs are represented in the wide palette of possible designs, structures, and types. Many sofas and armchairs were invented throughout history and were found the best constructions and engineering approaches to the sofa’s and armchairs’ designs. So now you can appreciate furnishings that are tested with time and still can be a pleasing element of your stylish ambiance.

The best way to find an appropriate sofa or armchair(or maybe a living room set) is to search for it online. And we can recommend a fine solution to this problem. NYFO is modern and comfortable using an online furniture store that provides stylish designs made with attention to detail and overall composition.

Decluttering May: Find Some Space And Add Some Air Before Summer