Is there ever a good time to experience plumbing malfunctions? Dependency on the system that conveys water through the house or building is a given. Any interruption in its operations is a problem, if not a disaster. Worse, fixing such headaches often involves writing a large check to a plumber (who may have done little more than to snake a drain). The good news is that household plumbing is not the foreboding behemoth we might imagine it to be. With a little knowledge and some initiative, the layperson can address a host of plumbing obstructions before calling in the professionals. 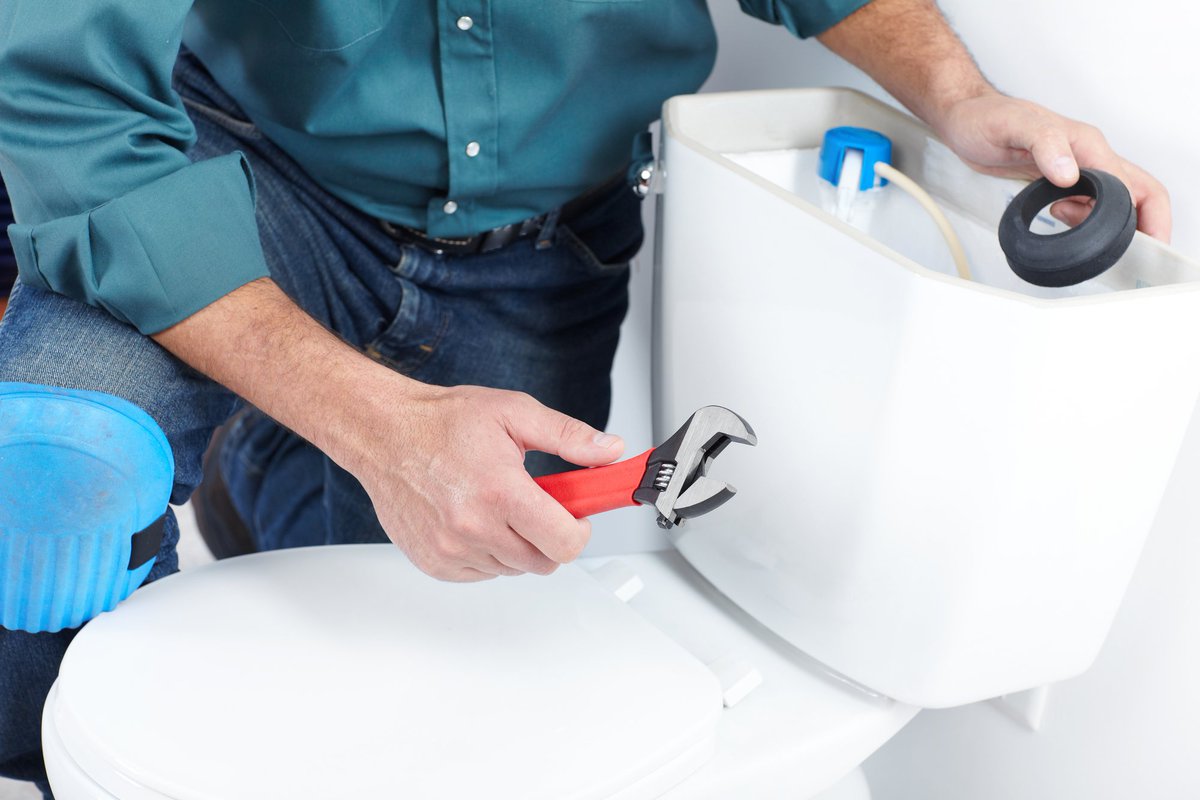 This is a fundamental problem encountered by every homeowner (and tenant) at one time or another. While it does not rank as a catastrophe, the running toilet is not an insignificant issue. A commode that runs continuously can leak up to 26 gallons of water daily. For those who pay utility bills, this loss can add up quickly.

After a toilet gets flushed, water fills the tank to replace that which was just used. This is the sound we hear after flushing. It stops shortly after that because of the float in the tank that rises with the new water. Upon reaching its maximum, the float signals the water to cease. If the tank is not filled, the water keeps running. Sometimes, the fill tube gets detached from the fill valve. Reattachment is as simple as fitting the hose back onto the valve. In other cases, the float is not calibrated to the level mark. It can be easily re-adjusted by bending the rod that hooks up to the float ball. 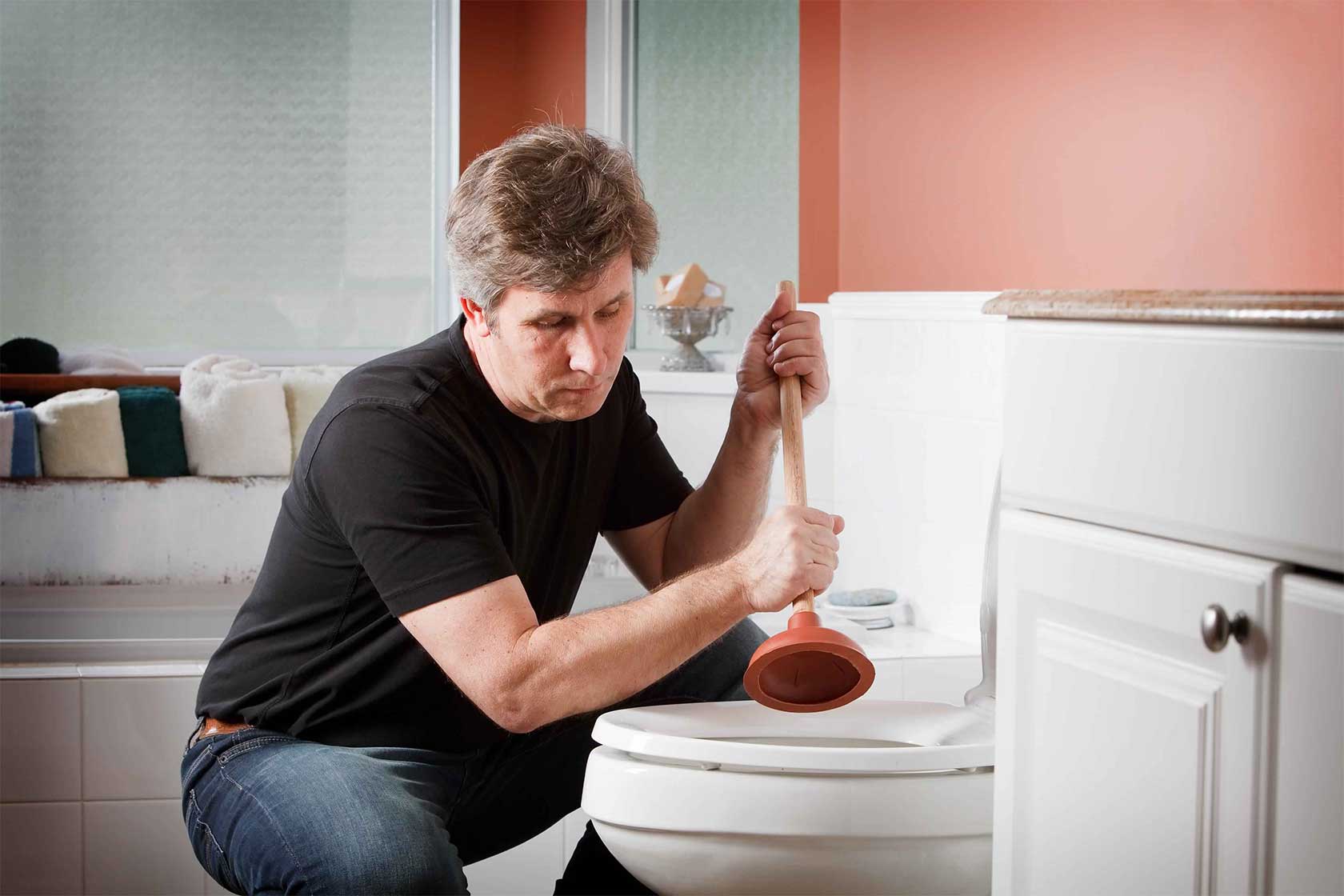 Before we leave toilets, a discussion of clogs is essential. Toilets can get backed up because of foreign objects or, well, the stuff that usually passes through. Should the bowl fill to the rim or overflow upon flushing, there is a strong reason to believe a blockage is in the pipe. Most of the time, the obstruction is quickly dislodged with either a snake or plunger.

The suction created by a plunger that is properly sealed against the mouth of the toilet drain acts against the obstructive mass to dislodge it. If the plunger fails, a snake (the tool, not the reptile) penetrates the drain and can break up–or at least displace–the blockage so water can move freely. Users directly feed the snake line through the pipe until it hits resistance. Then, a little elbow grease added, the snake will pulverize or remove that which is causing the blockage. 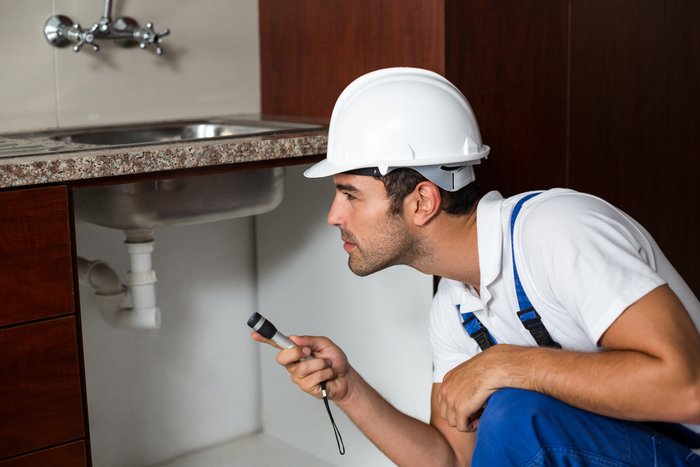 Most people experience once or twice the pooling of water around the ankles when showering. This indicates a clog in the drain. Dead skin, grease, soap pieces and hair…lots of hair…are so often the culprits. The first challenge facing you is to remove the stopper–that mechanism that opens and closes the shower drain. A newer fixture can be extracted by merely holding the stem and twisting off the cap. Older models might have to be unscrewed and removed whole.

Once full access to the drain is attained, you have options of various complexity. The most basic is to pour boiling water–very gradually–into the drain to loosen the debris. Alternatively, a solution of equal parts water, baking soda, and vinegar will achieve similar results. If these things fail, you still have your trusty snake to put the bite on the hairy logjam. 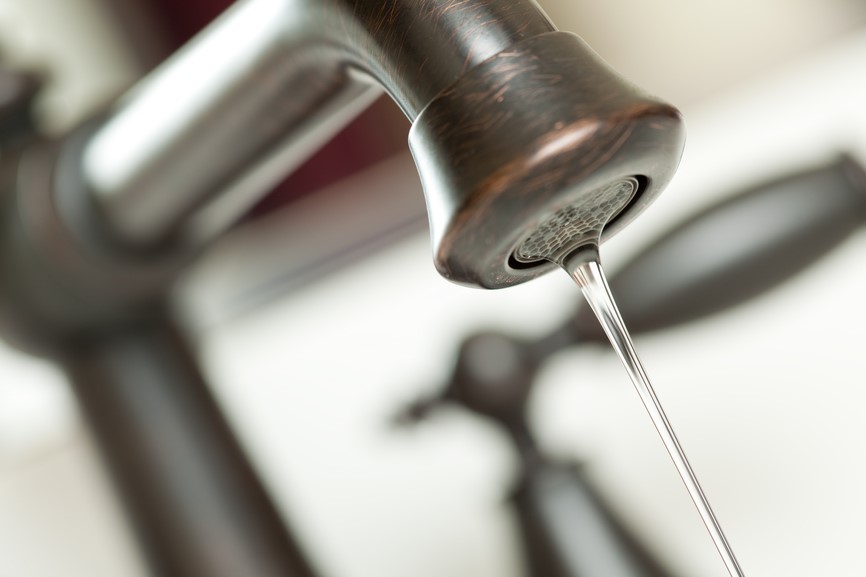 People approach dripping faucets with hesitation. Why? They think whatever they will make matters worse. This problem is in many instances related to defective or worn out parts. Their replacement is not nearly as intimidating as imagined. The first order of business is to determine the leak’s origin.

Turning off the water supply under the sink will allow you to dismantle the faucet and connection part by part systematically. With the water safely shut off, turn the faucet to the center and open it moderately–this relieves any pressure from extra water. Examine each part for wear or damage, remembering the order in which they were detached. Use vinegar and a nylon cloth to remove mineral deposits that may have accreted. Upon reassembly, turn the water back on slowly to remove oxygen trapped in the pipes. 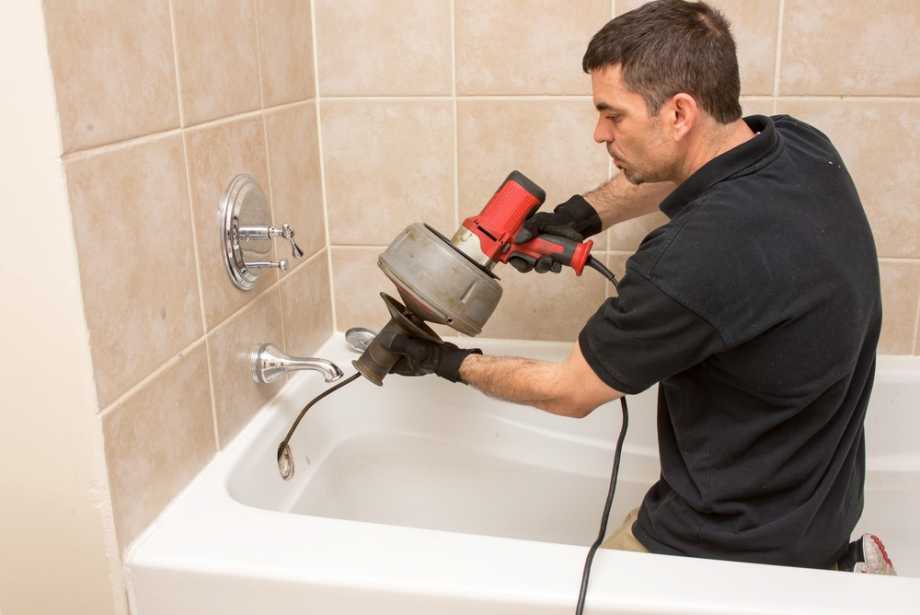 Sometimes obstructions are buried in the drain line. Getting to them requires entry through a clean-out plug. However, as homes age, the plugs rust to the point of them becoming unremovable. This might sound like a job for an experienced definitive plumbing professional, but it is not beyond the capacity of an intrepid homeowner.

Elbow grease comes into play here, too. With a chisel pointed counter-clockwise and angled at 45 degrees against the face of the plug, begin tapping on the chisel with a ball peen hammer. After creating a dimple in the clean-out, chisel through the plug and cut the rest of it out with a powered reciprocating saw. 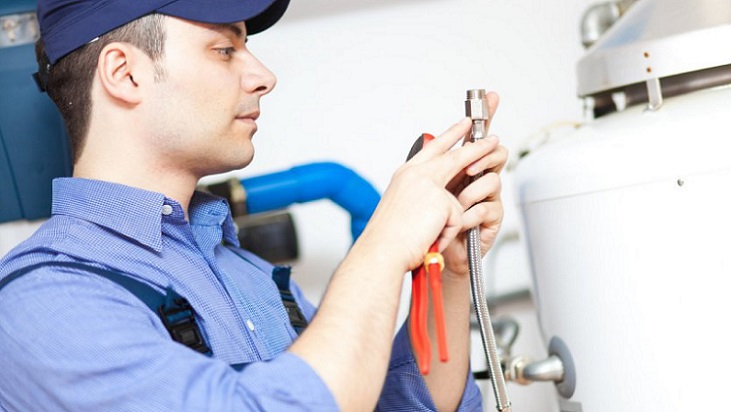 Are you scared? Don’t be. Some water heater problems are best left to professionals, but a few fixes are easily accomplished. For example, when a leak forms near the temperature and relief valve, it is symptomatic of excessive heat and pressure.

If the thermostat reads around 120 degrees Fahrenheit, then the problem is more likely pressure-related. Removing the relief valve very often reveals corrosion or an accumulation of mineral deposits. In such a case, a water softener can correct the problem. 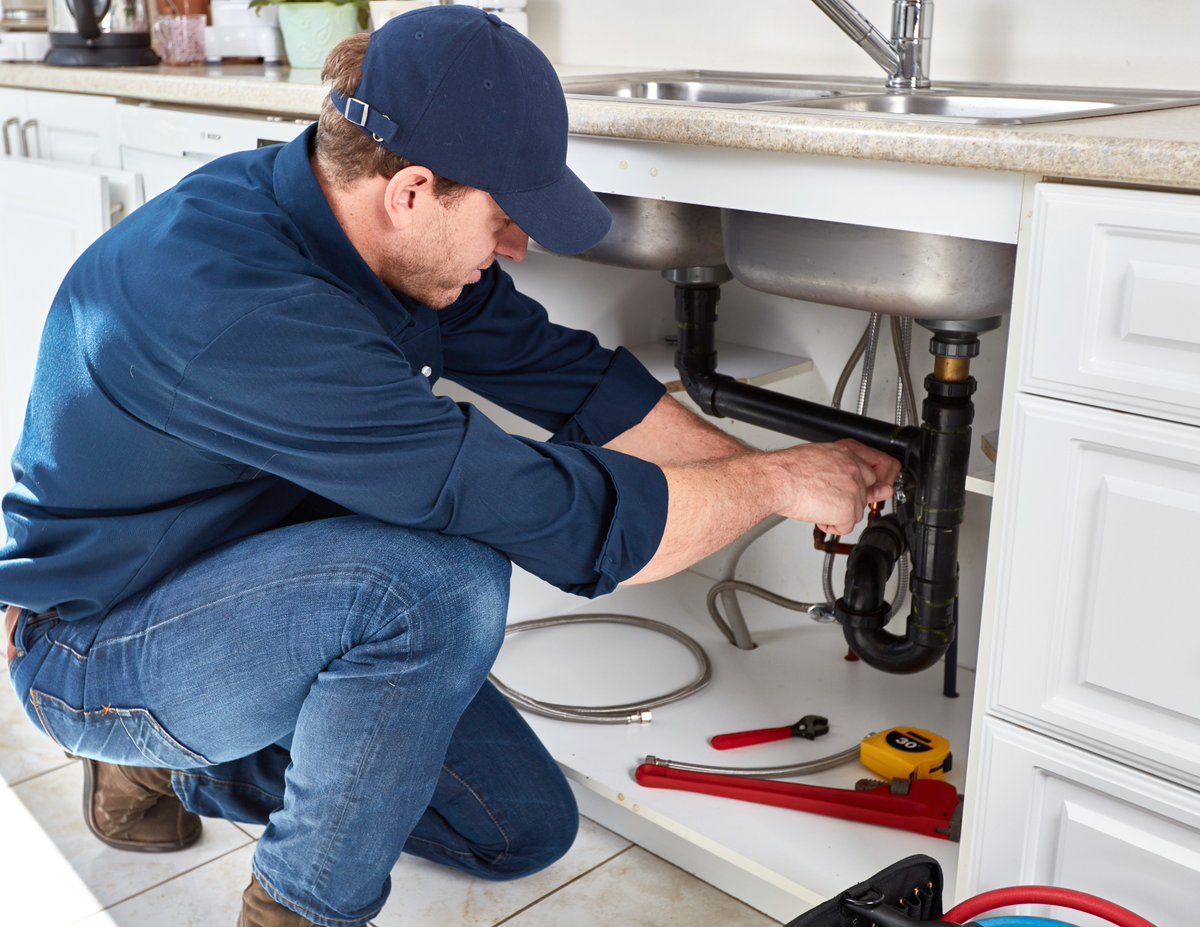 What happens when the water softener fails? The resin tank, in which mineral deposits are dissolved, is cleansed and recharged according to a timer. This process can get disrupted in the event of a power outage to make sure the controls are set correctly. Softeners older than 20 years should be replaced.

Tips And Tricks For A Hassle Free Furniture Move In Melbourne