Home Architecture The Atomium in Brussels 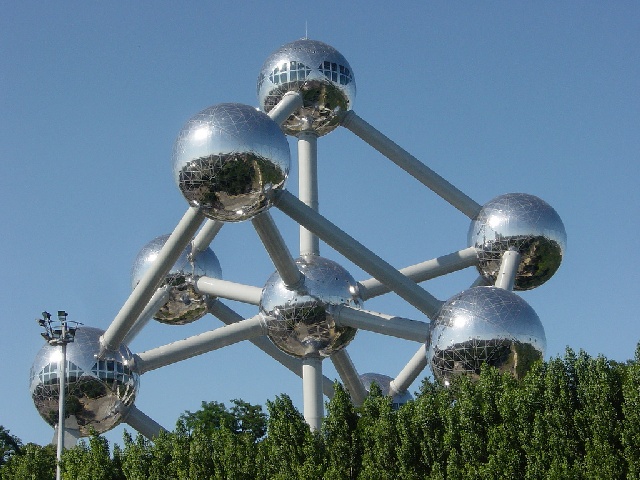 The Atomium is a well known building in Brussels that represents a unique style of architecture of its own. Constructed in the year 1958 for Expo’ 58 (that is a model for a world fair) by duo personalities of renowned architects – André and Jean Polak along with Andre Waterkeyn who was an engineer by profession, guiding the duo with necessary assistance and knowledge from time to time. The entire model was build to represent a replica of a small iron atom which when magnified to 160 billion times would have looked like the Atomium. 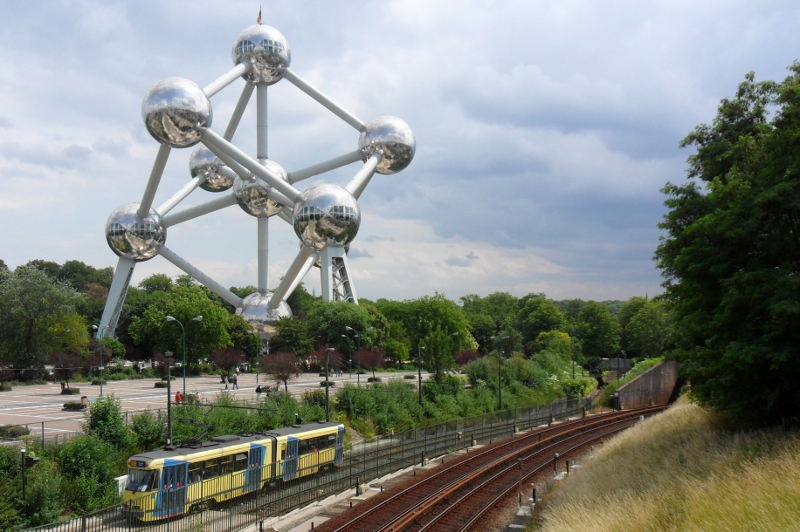 The structure of the Atomium stands above the ground at a height of 335 feet, 18meters in width build up with quality stainless steel clads. In entirety the whole edifice weighs around 2400 tons. A pole first forms the base above which spherical ball shaped structure is built that is basically the main part of the entire structure. 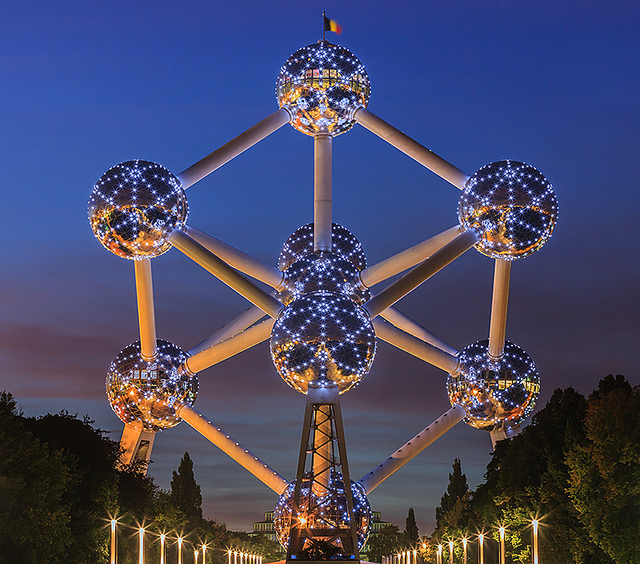 The complexity lies in the fact that there isn’t just one sphere or one pole that comprises of the entire setting but a series of poles holding up at least 6-8 spheres on top it in one setting. Tubes further connects these spheres from its twelve edges and an additional 8 right from the center to its vertices. Sounding a bit compact in formation it is quite the contrary in real. Every sphere in itself has a spacious surrounding capable of accommodating 3-4 people easily inside it. One can transform the available space into anything they want depending upon the space that is available to it. A bedroom, bath, living area and seating area are four regions that are both the necessary areas and can be easily chalked out of the available space. 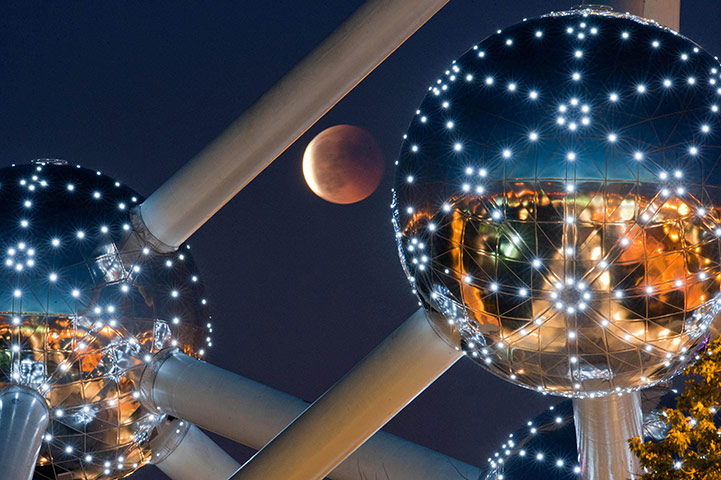 Getting in and out of it is possible through the escalators and lifts that are present in the structures of the tube. Only a person with peculiar taste would be able to rejoice the wondrous style of architecture this building represents to. For the rest with average taste might find it bizarre and weird. In fact it’ll be amusing to know that a leading news channel CNN did quote the Atomium as the most bizarre buildings of all times in the Europe. 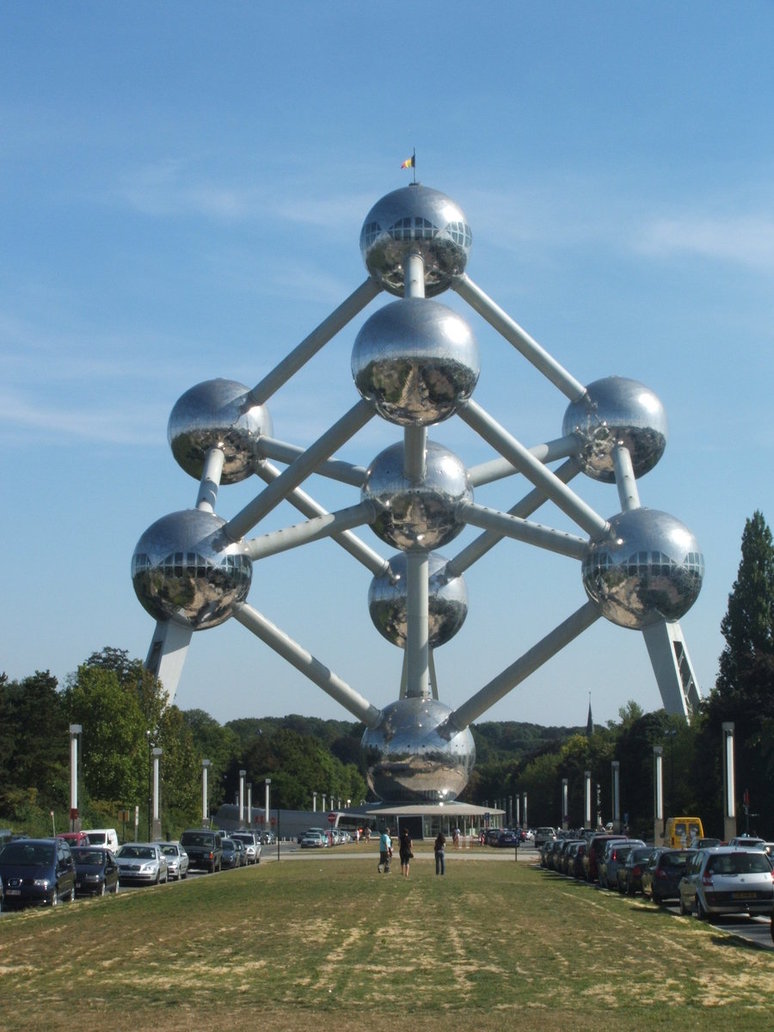 The Atomium was initially build up with a mindset that it is going to be a temporary building which would be dismantled, once the exhibition of the world fair comes to an end. But the project won over the hearts of many by its exceptional style or architecture and created a buzz that took in the bright minds of entire Europe into a state of wonderment. Authorities took it with all seriousness and it was soon declared as one of the major landmarks of the Brussels. It has even undergone a renovation in the past decade where the faded aluminium sheets enclosing the spheres were replaced by stainless steels. A costly affair, but the authorities were smart enough to make some money out of the scrap taken out from it. A single piece of aluminium (2m in length) was sold for a staggering amount of 2000 Euros back then, where buyers bought it to keep it as souvenirs. 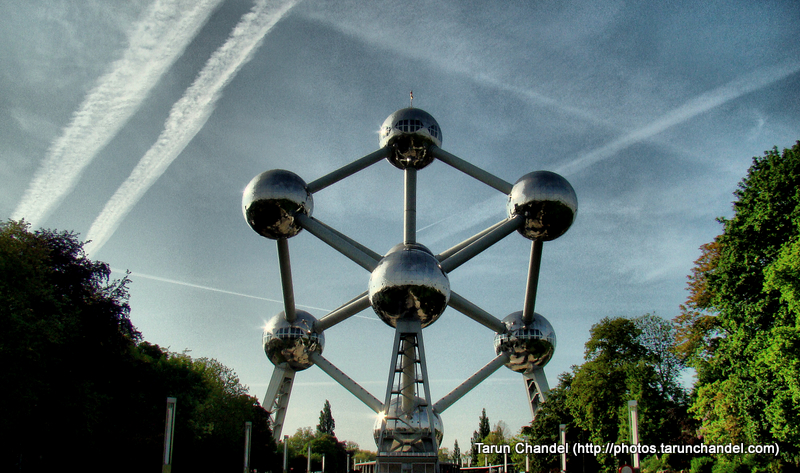