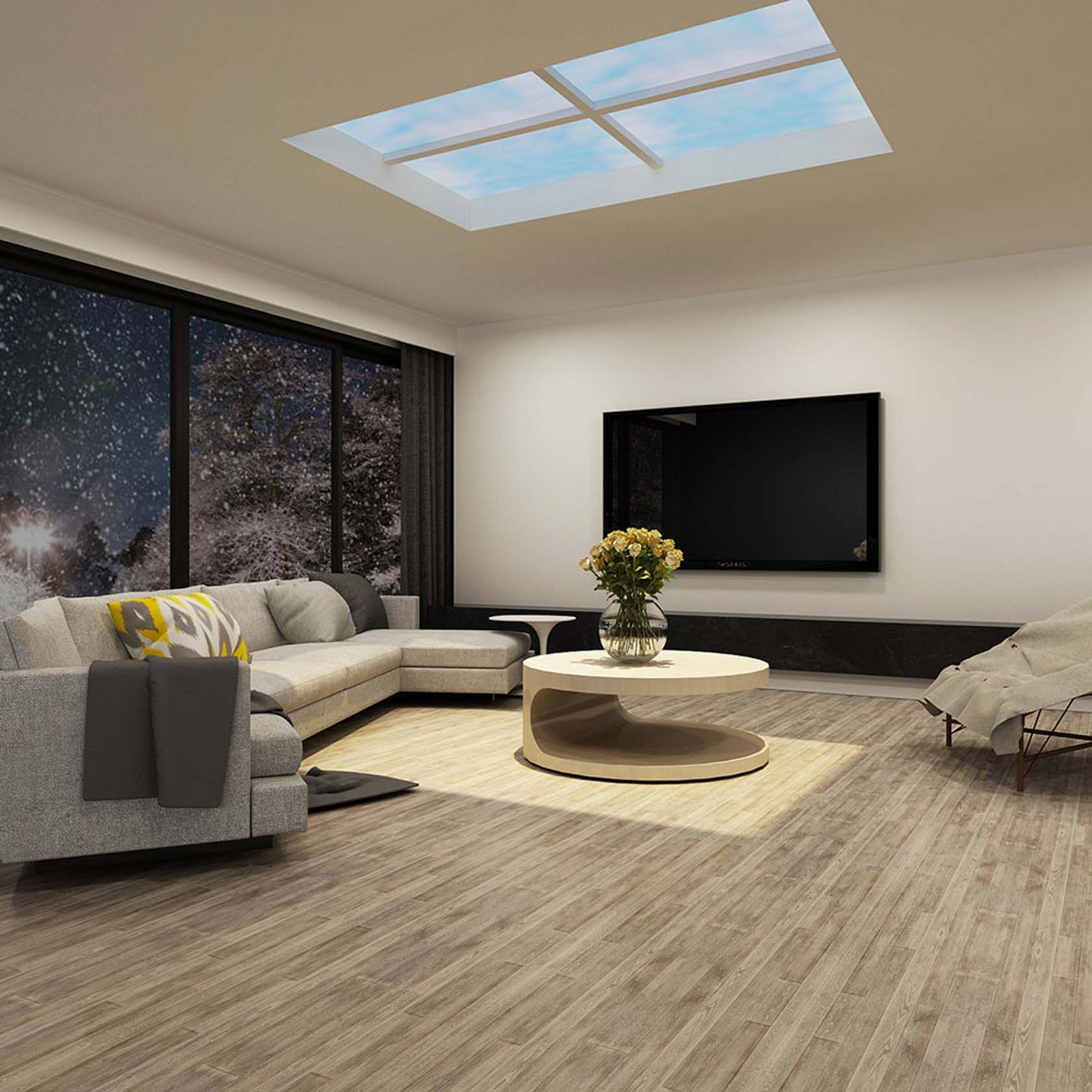 Imagine a moment by the ocean with the calm sound of the crashing waves soothing and slowly washing away your fatigue and crankiness, the peaceful sight of the blue sea pulling your weariness into them. Then, imagine you don’t have to miss work to experience this!

Shocking, right? And that’s no imagination at all. It’s a reality. You could literally look through your office’s windows and live the moment.  A vacation at work!

What Is A Virtual Window?

A virtual window is a concept where displays are presented as windows. These displays create an impression of your office or home being in another place or even another world! It lights up and brightens not only the room but also the mood of the occupants.

You can literally choose your world. All you need are images and videos of your choice, and with this, you could be anywhere in the world with just the push of a button.

Comfort Has Never Been So Affordable

You must be thinking that a technology such as this would probably be worth tens of thousands of dollars or maybe even up to a hundred thousand. Guess what? You’re wrong. You can go ahead and release that breath you’ve been holding. Virtual windows are very affordable, with prices falling well below ten thousand dollars.

Are Virtual Windows Difficult To Use?

No, quite the opposite, actually. Once you can operate a mobile phone, then you should have no problem operating a virtual window.

What Makes Virtual Windows Any Better Than The Usual Glass Windows?

I knew you were going for this question next. It’s alright; don’t deny it.

Benefits of virtual windows include:

You don’t have to dread the cold, depressing hospital wards anymore. Your visit to the doctor doesn’t always have to be filled with anxieties.  You can lay in your bed and watch the soothing rise of the sun.

Access to bright window sceneries of trees and plants has been shown to aid in surgical recovery and reduce the amount of painkillers taken by patients. How awesome is that?

To your family, friend, or just a fellow countryman serving in the army, this would greatly improve their mental health. Lots of soldiers suffer from traumas. After bloody fighting, getting back into dark bunkers further messes with their mental health. This will make them better, protect you and our country and also be better brothers, fathers, husbands, and humans in general.

Research in the late 20th century shows a close to the perfect correlation between access to windows, particularly those with visible scenery, and a positive impact on work-related stress and employees’ satisfaction. It further demonstrates that window views of trees invoke a positive stimuli response in humans.

The Less Fortunate Are Not Left Behind

You must know how great technology is for it to consider all groups and classes of humans. For the less privileged people with little income, you can benefit from this too. Working three to four jobs in a day can be more than exhausting. But, imagine a few people contributing to get a virtual window and installing it just at a corner of their workplace. That will improve the workers’ morale and mental well-being, which would make life more bearable to live.

Everyone wants a little bit more comfort than they have. Technically, they have every right because we all deserve a break from the strains and stress of life. Life could be a little bit better with a fake window. Sounds simple? It’s a simple truth. Humans have opted for fake things as a form of comfort, so we aren’t exactly new to that. Fake isn’t always bad. We have fake plants to decorate our houses and so on. Of course, not everything can be faked as our foods and cooking utensils can’t be faked. Some said happiness couldn’t be bought. But, a fraction of it can be.

Are Folding Doors A Good Idea?

How To Keep Your Outside Glass Clean?