Home Interior Urbanclap Helped Us Get Our Dream Home Designed

Buying a home is a dream of every individual. People want to establish themselves in life and one thing which helps a lot towards it is buying their own home. A home is one of the most important places for every human. Last month, this dream of my husband came true. He had worked so hard over the years to have his own home and finally he was able to purchase a brand new apartment in a posh society in Pune. We loved every bit of it. It was spacious, beautiful and modern as well. But my husband wasn’t still satisfied with it. He sensed something missing and wanted to add to its beauty. He wanted his home to look like what he had dreamt of for years.

So he told me that we should hire an interior designer to finally make that home ‘ours’. Although I personally liked the home as it is but I understood the emotions of my husband attached with it. I understood his decision and wanted to stand by him and support him towards it. So I agreed and said that yes, we would find the best interior designer in Pune and design the house in our own way. I held his hand firmly and we hugged happily.

The Hassle to Find the Best interior Designer

But then came the most challenging part. It was to find the interior designer who would design our home exactly as per our wishes. Though it seemed a simple task in the beginning, but we were quite surprised to see that it wasn’t that simple at all. We first tried to search for the interior designer through the newspaper classifieds. There wasn’t any satisfactory designer which we could shortlist and contact. We still contacted one firm but there price range was too high than the budget we have. Then we visited a local designer who was located nearby our home. We told him about our demands and expectations, but he declined that and said that it would be almost impossible and suggested his own ideas towards the redesigning of our home.

We were certainly put back by it. We would rather not change the design of our house and let it be how it was now rather than design in a way he told us. We were very firm about our decision and blatantly rejected his proposal. So now, the challenge increased by many folds. We had to find an interior designer who was not only the best interior designer in Pune, but also someone who would understand and accept our ideas and decisions and work on them to give us our dream home.

We were worried a bit after a few days passed and we weren’t able to find any decent interior designer in Pune. But then came good news. My husband had discussed this topic in his office and one of his colleagues told him about the UrbanClap App. Now this was something new for me as I hadn’t heard of this app before. I also hadn’t booked such services online before so I was a bit skeptical about it as well. But my husband told me that his colleague has assured him that he had used this app before and that we would be surprised after we use it.

In Came UrbanClap – The Savior

So we decided upon giving UrbanClap a go since we didn’t have many other good options as well. So I downloaded and installed the UrbanClap App immediately. It installed within seconds and I was able to register through my Facebook account. After registration, I went to the home page which had a beautiful and attractive user interface. It looked a classy app from the offset and that certainly raised my hopes of finding the best interior designer in Pune.

I straightaway went to the Interior designer section in the app which was very nicely categorized and easy to locate as well. My husband sat beside me and he was looking over it as well. As soon as we opened the interior designer section, we were told to answer a few important question related to our service request. We were asked 6-7 questions. These questions were like the type of property we had and further related questions about it. Then they asked us if we would want design and execution as well or were only looking for the designing part.

Of Course, I selected that we wanted the execution as well. They further asked if we wanted only a few areas to be designed or the entire house. I chose the option of the entire house. After a few related questions to this, we were asked what our total budget was for the project and at what location we were looking to have the services. After answering all questions, I received a prompt which stated that my service request and details have been forwarded to suited service providers and I shall receive a text, mail and even calls on the number that I provided with quotes.

I thought that it would take at least a couple of days. But I was really surprised to start receiving texts and calls within an hour. I talked to the representatives from a couple of interior designing firms. They seemed to be really nice and understandable. They told me that they would happily take my project and work on it. Now earlier it was so difficult to find even one good Interior designer in Pune, and now I had two great options and had to choose one. So we asked both the firms to show some of their sample works which would have made the decision much easier for us. We received their sample works through mail in due time. We were really impressed by Taneja Interior Designers and the work that they did. We hired them and within a couple of days, they started working on the project.

In one week only, the design was ready as per the inputs which were provided by us. After that, the execution of the design started. It was a long wait as the job was quite difficult. But we were really happy to see the workers working with utmost dedication to fulfill our dreams. In just 3 weeks, our home was redesigned and given to us. We were happily surprised to see the beauty of it. It was exactly as we had dreamt of it and we were so thankful to Taneja Interior Designers for doing such a marvelous job and that too at such low price package which we couldn’t have found anywhere else.

Why you too should give UrbanClap a go? 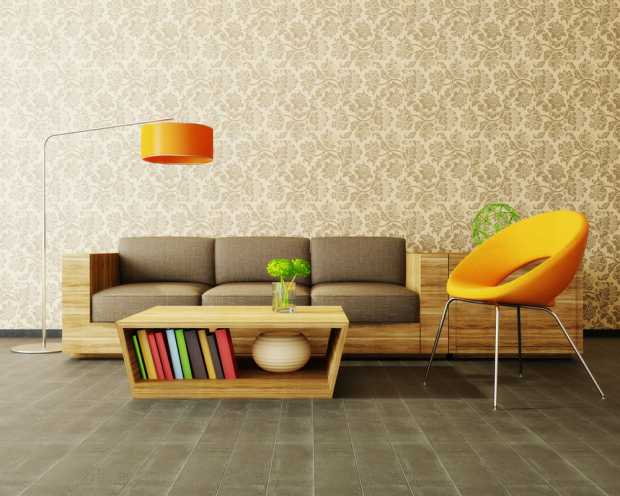 As you saw, we were able to trace down the best interior designer in Pune with the help of the UrbanClap App. We had a lot of emotions attached with our dream home and to fulfill what we wanted meant so much to us. Besides this, UrbanClap kept us in the know all the while and the process was quick and transparent as well. It was amazing to be writing this review sitting in our beautiful dream home and I and my husband are thankful to UrbanClap for making this possible. Hence you should too give it a try to get your dream home or any other services.

7 Interior Design Trends That Are Making A Comeback

5 Reasons Why You Need Bamboo In Your Home

How To Create A Warm, Cozy Home: 4 Interior Design Ideas