Home Do it Yourself Home Cleaning What is a French Drain? 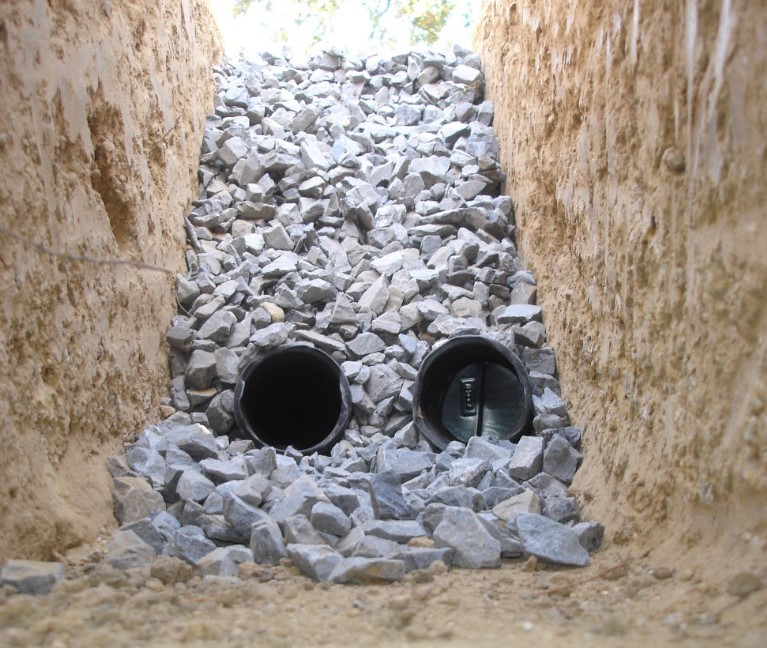 The history of modern waterproofing can be traced back to the first weeping tile – the French drain. It’s named after Henry Flagg French, a lawyer from Concord, Massachusetts who sought a way to keep his farmhouse dry and popularized his technique in his book Farm Drainage (1859). French was an unlikely inventor because not only was he a lawyer, but also a one-time Assistant U.S. Treasury Secretary.

French received an Ivey League education at Dartmouth and Harvard but was an avid agriculture enthusiast who would often experiment with applying science to farming, especially in the study of soil quality. Despite his most fruitful experiment – the French drain – having been conceived over 160 years ago, it’s used today has not changed much and is used in the waterproofing of homes across the Western world.

The first French drain was a ditch dug out on an area of higher elevation near the house, with a slope along it, then filled in with gravel which rested on perforated roofing tiles in order to filter debris.

How Does It Work?

A French drain involves a sloped trench lined with a perforated pipe running under a layer of gravel, fabric and soil. Its purpose is to direct water away from the home and off the property towards lower land.

This means that during a heavy rainstorm, water that would otherwise pool around the exterior of the home can safely seep into the pipe, avoiding a flood through any cracks in the home’s foundation. It was extremely important to keep the cellars of farmhouses dry because that’s where food was stored, and being so far from town made it crucial to be innovative. A flooded cellar was especially a nightmare in the wintertime because it would spoil what the family who subsist on for months after the harvest. 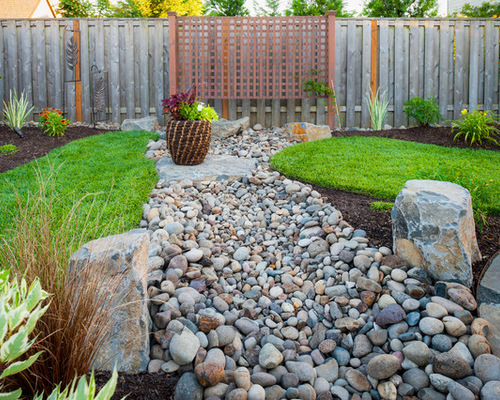 To make your own French drain, you will need a few materials: permeable landscape fabric, a perforated plastic drain, gravel or rock and a spade.