Home Home Improvement What Is In Store For New Mexico’s Solar Initiatives? 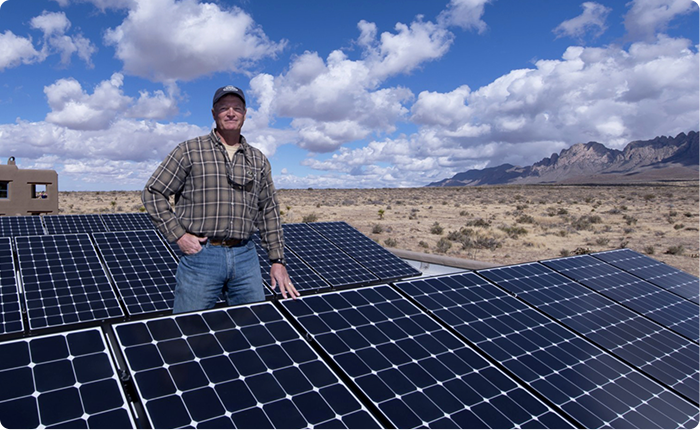 The market of solar and renewable energy in New Mexico is on the right track. Based on the report from the New Mexico State Land Office, the solar industry in the state earned more in 2019 compared to the previous years.

The solar energy lease payments alone received over 1,300% increase in revenue compared to 2018. It made New Mexico ranked 16th in all states for having the most solar installations. It also paved the way for solar New Mexico‘s local workforce.

But the future of community solar in the state can become the best in the country after the New Mexico House of Representatives passed the House Bill 210, or more commonly known as the Community Solar Act.

The amended bill passed in the state House included some of the most remarkable practices adapted from the community solar programs of other states. One of the most prominent inclusions in the bill is the no cap feature, inspired by the solar community program of Minnesota.

Also, the bill concentrates on the participation of residential customers and low-income customers. Since the bill sets a limit on one subscriber that controls the majority share of a project, it also caps the ratio of the energy that can provide services to customers who need 25 kilowatts or more subscriptions to set aside some allocations for residential subscribers.

Likewise, it includes a program that offers some strategies to encourage more low-income participation, including the distribution of 25% participation and authorizing solar community projects to provide discounted subscription rates to low-income subscribers.

The state’s amended bill offers a tangible financial benefit for all participants. After the amendments, the bill mentioned several bill credit boosters formed on solar policy values such as payments for renewable energy credits, capacity, line losses, and energy. The bill also provides flexible ownership structures that allow non-utility organizations, public utilities, and utility affiliates to get their share of ownership. Further, it has a provision for increasing renewable energy deployment without worrying about limitations from a program cap.

Since the state is famous for having lots of sunshine, more locals get encouraged to take advantage of solar New Mexico programs and rebates. It can allow homeowners to save a lot of money in solar installations. One of these is the net metering policy that allows each homeowner to get credits for the excess electricity produced by the solar panel installed in their roof. These credits are useful every time the system cannot gather enough power to supply their household.

Also, homeowners will get tax credits from the New Mexico state government if they choose to install solar as part of their sustainable building initiative. They can get qualified if the building received a sustainable certificate from the US Green Building Council. The certification level will determine the value of the tax credit that they will receive. Generally, homeowners can get as much as $6.50 per square foot if you have a certified sustainable solar home.

Choosing to take advantage of solar energy in New Mexico has a lot of perks. It will not only allow homeowners to save money from their electricity bills, but it can also help the environment due to the conversion of sustainable energy. Fortunately, the state government is very supportive of the solar energy initiative. Because of this, the future of solar power in New Mexico can become one of the best in the country in the coming months.

Why Basement Waterproofing Is So Important To Protect Your Home